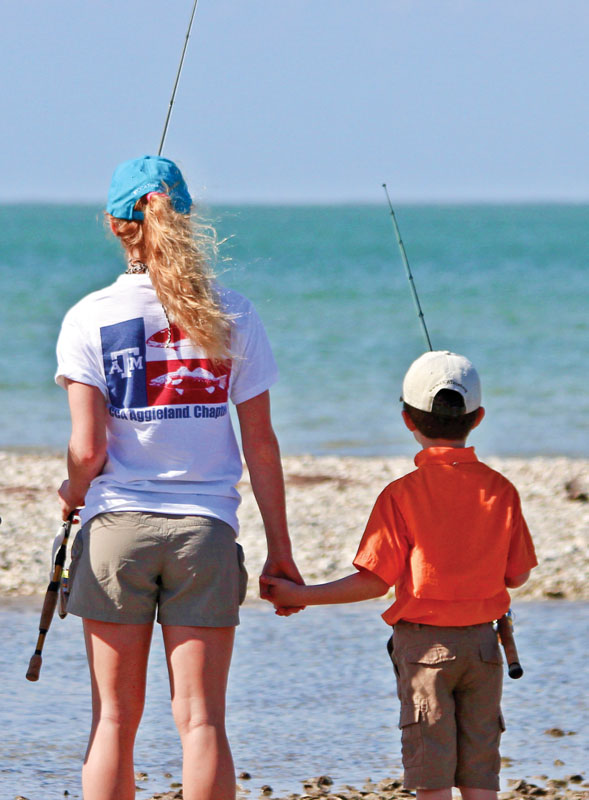 Increasingly restrictive fisheries management policies are perhaps the greatest threat to the future of recreational fishing. Photo by Lisa Laskowski.

As recreational fishermen, we need to pay special attention to the recently signed bill by President Obama, the Outdoor Recreation Jobs and Economic Impact Act of 2016. If you follow legislation in regards to recreational fishing and the impact it has on the economy of the United States, then you may have seen articles recently about the Outdoor REC Act which was signed into law the last week of December and stands to ensure that the outdoor recreation economy is counted as part of the U.S. Gross Domestic Product. Marine recreational angling is of course part of the overall outdoor recreation economy, which is enormous, and CCA economist Brad Gentner wrote the article below about what passage of this Act may mean to our recreational fishing community. A recent Outdoor Industry Association Recreation Economy report shows that outdoor recreation annually accounts for $646 billion in consumer spending, 6.1 million American jobs, $80 billion in federal state and local tax revenue and other significant economic activity across the country. This report alone signifies the importance of the outdoor recreational economy and the affects it has across the entire United States.

What Does the Outdoor Recreation Jobs and Economic Impact Act of 2016 Mean?

This piece of legislation is a big deal for the recreational fishing community. Perhaps not as big of a deal as for other outdoor recreational pursuits, as the National Marine Fisheries Service (NMFS) collects fishing expenditure information periodically, but more on that in a second.

First, I want to briefly describe what this act does. It requires the Department of Commerce to estimate the economic footprint of the entire outdoor recreational industry. This effort will be conducted with the assistance of both the Department of the Interior and the Department of Agriculture. Currently, the outdoor recreation industry does not have its own classification in the database used to track the flow of dollars in our economy. They will use the same consistent and time-tested methods that they have used for other sectors of the economy, like mining or durable goods manufacturing, since the Department of Commerce has been tracking these statistics. Our economic footprint will be included in the annual industry statistics produced by Commerce. The nice thing is the current estimates of GDP already include our expenditures; the focus of this effort will be to simply delineate them so they are easier for businesses, advocacy groups and policy makers to use.

Why is this good for us? Because finally our worth will be counted in a way that cannot be disputed, by a Bureau, the Bureau of Economic Analysis, that is independent from NMFS. It will be estimated and tracked by experts that have been doing this for decades. It does not rely on survey of anglers, like the MRIP, and is therefore harder to ignore. As I mentioned above, NMFS already periodically collects data on expenditures. However, they only recently established a firm schedule and that schedule is not every year. We all already know we get ignored regularly in the federal fishery management process. Take our recent blog post, on www.joincca.org, (Old Dog, Same Tricks - Oct. 27, 2016) where NMFS ignored our economic footprint, again, when it sent out its press release for Fisheries of the United States 2015. We have been begging them to include the impact of recreational angling.

Which brings me to another reason for the need for these broad-brush, whole economy numbers. We aren't trying to sort out allocation using these figures. Instead, we are trying to show that the natural resource economy is not underpinned solely by commercial extraction as many would have you believe. Why wouldn't an agency want to brag that the resource they manage is several times more important economically than it is?

It is even worse when we try to bring our huge economic footprint to bear on individual policy issues. Often we are dismissed because the data comes from MRIP (the Marine Recreational Information Program) or because the process does not recognize recreation as a serious business. The economic activity recreational fishing generates is huge in comparison to commercial fishing. Across fisheries that have a recreational component, we dwarf commercial extraction. In 2005, all outdoor recreation generated more than Americans spent on pharmaceuticals and automotive parts combined.

We know that these kinds of figures drive budgets and research priorities. We know these figures should be used to drive policies that generate more benefits from our resource than they currently do. Now Congress has agreed with our community that this is vitally important, and perhaps NMFS will no longer be able to ignore that fact.