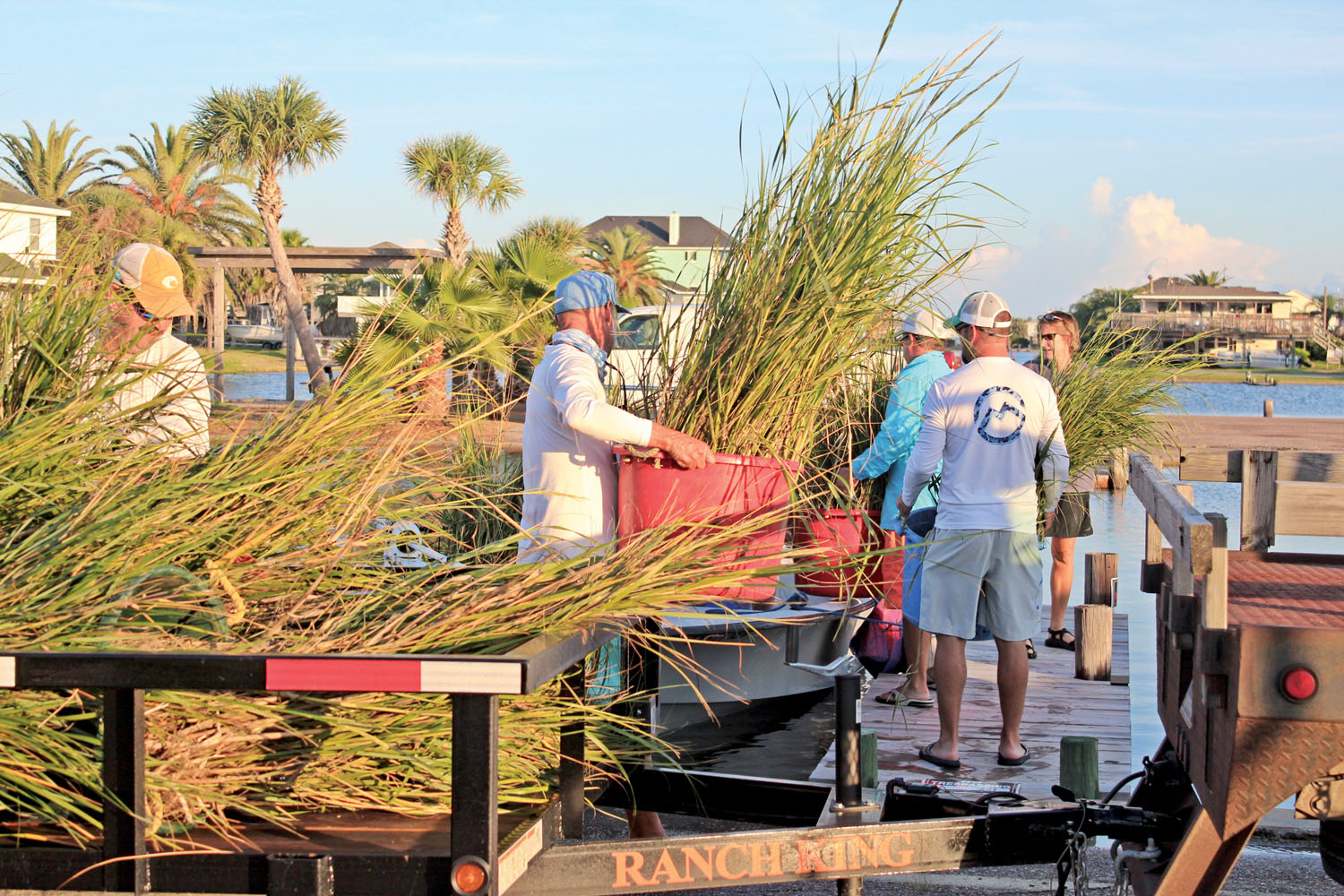 Volunteers comprised of CCA-Texas staff and members, along with volunteers from Texas Parks & Wildlife Department's Dickinson office and NRG's Cedar Bayou EcoCenter recently participated in a marsh grass planting project. The event was conducted at the Bird Island Cove Marsh Restoration Site, located in West Galveston Bay. Construction at the site was completed in February of 2015 and since that time several grass plantings have been accomplished and more are planned.

Building Conservation Trust, CCA National's Habitat Program, was able to secure a $3,000 mini-grant from Restore America's Estuaries. This grant was made possible through CITGO's Caring for Our Coast program. Some 2,500 Spartina alterniflora sprigs were planted during the event to add needed protection and encourage future grass growth to the exterior marsh mounds of the restoration project completed last year. This event coincided with National Estuaries Week, in which similar events took place all along the Gulf Coast.

The Bird Island Cove project directly benefits approximately 114 acres of existing coastal wetlands in the Bird Island Cove area. This project includes approximately 4,000 linear-feet of segmented breakwater that protects existing estuarine marsh. In addition, hydraulic dredging was used to pump sediments from a nearby designated borrow-area to restore the site to intertidal marsh elevations. These materials and elevations provide suitable elevation for restoring native salt-flat marsh/sand flat habitat in addition to intertidal Spartina alterniflora marsh and allows for the migration of intertidal marsh to higher elevations in response to sea level rise. The methods used in this project have shown much success in West Galveston Bay, including similar projects at Jumbile Cove, J-Cove, Delehide Cove, Starvation Cove, Carancahua Cove and McAllis Point.

Texas coastal wetlands are one of the most important parts of the ecosystems up and down the Texas coast. These wetlands serve over 95% of fish species found in the Gulf of Mexico and the intertidal marshes serve as nursery areas for species such as brown and white shrimp, blue crab, sand seatrout, Gulf menhaden, southern flounder, red drum, bay anchovy and many others. Coastal wetland loss in Texas and the Galveston Bay system in particular is significant and an ongoing concern because of the important and necessary roles that the wetlands play. TPWD, CCA Texas and other organizations recognize the importance of these wetlands and are working continuously to protect and restore these resources. TPWD takes the lead in this effort and CCA Texas is there to provide community matching dollars for federal and state grants, outreach to heighten awareness of the roles these resources play, and also a source of volunteers for marsh grass planting events and other types of habitat improvement projects.