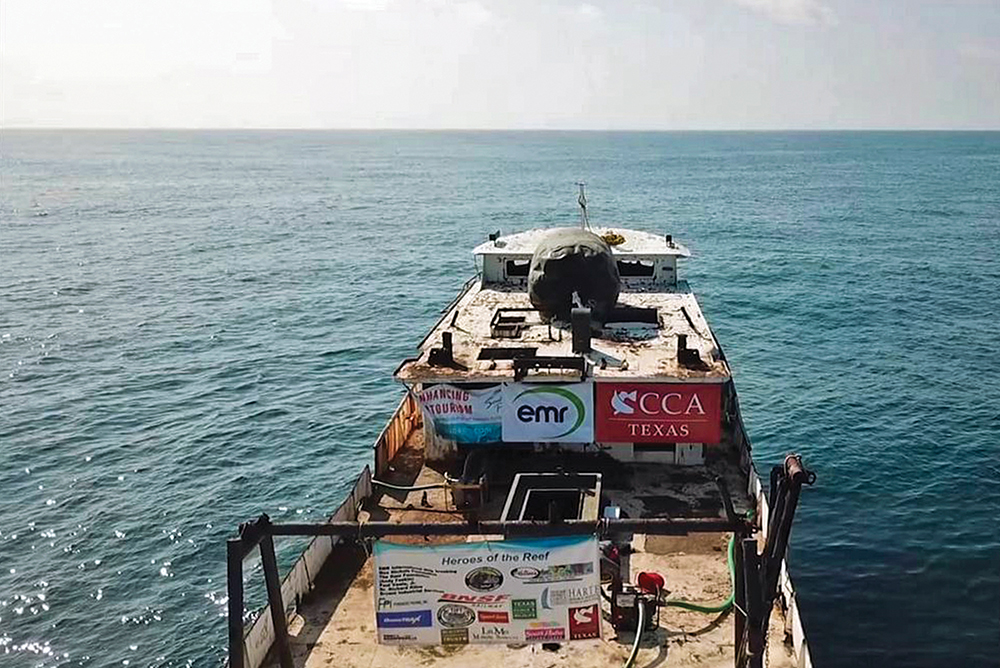 I think it would be pretty safe to say that 2020 has been the most challenging year of our lives in many ways; most certainly for businesses and organizations. What started out as a promising year took a turn like no other as the COVID-19 pandemic began to spread across the nation.  The success of CCA Texas and other CCA states along the Gulf, Atlantic and Pacific coasts relies heavily on the success of local grassroots fundraising events in each state.  Because of the orders put in place by federal, state and local governments, the normal fundraising events were not able to be held, but the local CCA chapters definitely rose to the task. Local chapters and CCA staff held online fundraisers, and as restrictions began to ease, some chapters were able to hold outdoor events that CCA members enthusiastically attended. CCA volunteers and members proved once again that a successful organization has a strong and dedicated membership and truly believes in the mission of the organization.

While the day to day operations were different for us all, the vision and mission of the organization continued to be fulfilled. The CCA Texas Habitat Today for Fish Tomorrow (HTFT), CCA Texas’s habitat program, continued to work with partners across the state. Several projects were expanded and completed in 2020. CCA Texas worked with Friends of RGV Reef (FRGVR) to deploy 400 tons of reefing materials in the Corpus Christi MU775 reefing site, and 4,200 tons into the RGV reef site. In mid-October, FRGVR led the charge again and deployed a 96’ shrimp boat. This effort once again showed the importance of partnerships in execution of habitat projects.

CCA Texas partnered with Harte Research Institute (HRI) to expand the Big Tree Unit oyster reef project in St. Charles Bay. CCA contributed $50,000 to this project from funds contributed by Lone Star Beer for habitat restoration efforts in the Coastal Bend. The project has one more phase scheduled to be completed by the end of the 2020. This project provides critical shoreline protection, habitat, and easily accessible fishing areas for walk-in wade fishermen

Contracts are in place and construction of pyramids and low-relief modules has begun for nearshore reefing projects in Galveston Big Man, Kate’s Reef, and the Sabine HI20 sites. Once again, these efforts would not be possible without support from partners including Building Conservation Trust, Texas Parks and Wildlife Department (TPWD), Shell Oil Company, Cheniere Energy, Sempra Energy, CCA Music City Chapter, Friends of Sabine Reefs, Yamaha, and others.

The Egery Flats restoration recently was planted with 40,000-plus native cordgrass plants that sprawled across an eight acre site. This project, led by Coastal Bend Bays and Estuaries (CBBEP) has been an ongoing effort that has shown great results in water quality and habitat growth in a short period. CCA Texas and BCT look forward to seeing the continued successful results of this project and all the projects they are a part of.

CCA continues to be an active and influential participant through its advocacy efforts in fisheries management.  Nationally and on a state level CCA remains active in important matters such as oyster management, red snapper management, flounder management, water quality, and responsible growth along the Texas coast. CCA Texas is committed to seeing that sound management practices, based on proven science, are used in the management of Texas’s coastal fisheries and resources.

CCA Texas would like to thank our volunteers, members, sponsors and donors for their continued support.  2020 has certainly been a challenge and we look forward to 2021 and another successful year.

Coastal Conservation Association applauds the recent election of long-time volunteer Doug Boyd to chairman of the Gulf States Marine Fisheries Commission. Boyd is a fisheries management veteran, having recently served nine years - including two years as chairman - as a Texas representative to the Gulf of Mexico Fishery Management Council, which manages marine resources in federal waters of the Gulf out to 200 miles.

“Doug has a tremendous amount of fisheries management experience and has demonstrated his concern and commitment to proper conservation of our marine resources throughout his career in this arena,” said Ted Venker, conservation director for CCA National. “He is well prepared to address the challenges facing our fisheries, and we know that as chairman of the Commission he will provide a knowledgeable, effective voice for science-based management that benefits all citizens equally.”

The Gulf States Marine Fisheries Commission is an organization of the Gulf states that was authorized by the Governors in July 1949. Fifteen Commissioners - three from each state – work to set policy towards achieving the proper conservation and utilization of the fishery resources of the Gulf of Mexico. One-third of the commissioners are appointed by the state legislatures, one-third are private citizens with a knowledge of and interest in marine fisheries who are appointed by the states' governors, and the remaining third are state fishery resource agency directors. Boyd was appointed to the Commission by Texas Gov. Greg Abbott in 2019.

“Doug has been a tireless advocate for the state of Texas on marine conservation issues and has always brought a high level of integrity and energy to fisheries management at all levels,” said Pat Murray, president of CCA National. “His knowledge and expertise will no doubt serve both the citizens of the Gulf Coast and our marine resources well in his role as chairman of the Commission.”