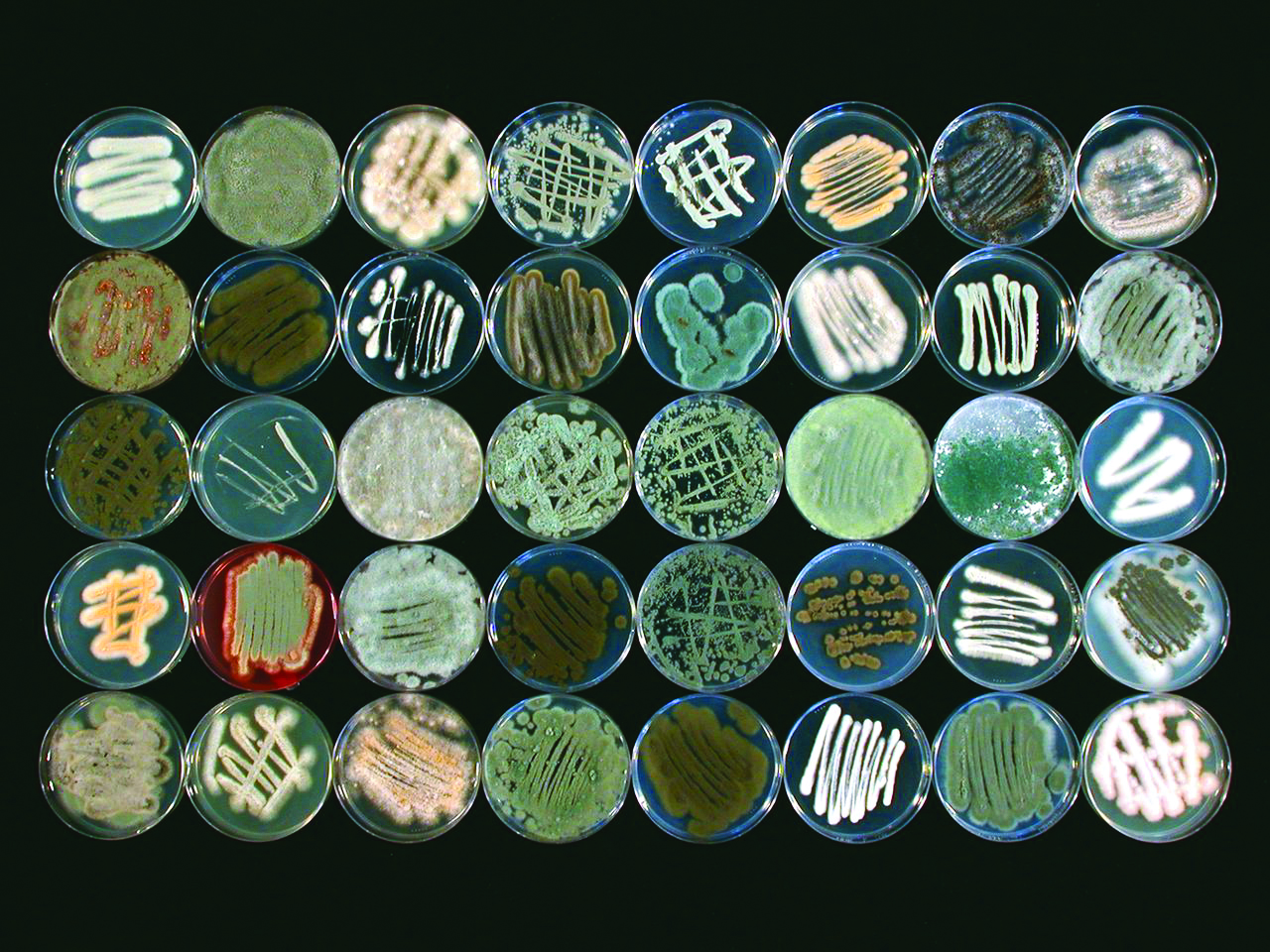 There are mushrooms living in the sea! Well technically, a mushroom is the fruiting body of specific species of fungi, but let’s take some artistic license and run with it! Our understanding of the fungi that inhabit our oceans (an area covering more than 70% of our planet’s surface) is quite limited, compared to what we know of their terrestrial brethren. We know they’re there, but we have only a vague idea of what they’re doing. One challenge hindering the field of marine mycology (the study of fungi) is defining which fungi are truly ‘marine.’ Many species collected from marine environments are already well-known from terrestrial habitats. While it’s tempting to dismiss those samples as inactive flotsam, gene expression evidence suggests that at least some fungi are actually amphibious. (A diverse group discovered in 2011, called Cryptomycota, has been found lurking in dirt, pond muck, deep-sea oozes… really most environments on Earth.) In general, marine fungi are classified as either obligate or facultative. Obligate marine fungi are those that grow and create spores exclusively in a marine or estuarine habitat, either permanently or intermittently submerged; these fungi would not survive in fresh water or on land. Facultative marine fungi are those that normally occupy freshwater or terrestrial habitats but are able to grow (and possibly create spores) in a marine environment. This is an ecological/morphological classification; they are grouped together, not by DNA, but by the adaptations they have evolved to live in a specific environment.

Most ocean fungi live on animals and plants, or dead and decaying matter. Relatively few species float freely in the water column, and those are mostly yeasts. Some species are obligate parasites, deadly enough that some shrimp and lobsters host symbiotic bacteria that produce anti-fungal compounds to protect the crustacean embryos; any aquarium enthusiast can tell you about fungal infections that rapidly take advantage of wounded fish. Some fungi are beneficial symbiotes, such as Turgidosculum complicatum, which lives in association with a green algae and offers protection from dehydration during low tides. There is a special symbiotic class called the lichens that consist of fungi hosting algae inside that convert sunlight to energy (through photosynthesis). Other marine species are saprophytic, obtaining their nutrition from decaying matter, such as dead wood and animals. Still others are free-living, such as arenicolous fungi that live in sand pores. Fungi have been found in nearly every marine habitat examined: mud, sand, corals, the water column, mangrove swamps, estuarine grasses, even nestled in the gut of crustaceans – ranging in location from deep sea sediments all the way to surface waters. Some marine fungi even live on terrestrial plants (these would be the facultative type). Such is the case with fungi eaten by the marsh periwinkle snail, Littorina irrorata. This intertidal snail lives in the marshy area that gets flooded at high tide; this snail purposely damages Spartina plants that grow there. When high tide comes, some fungal spores colonize the damaged parts of the plants, and these are what the snail eats – it cultivates a fungus farm on the Spartina.

Historically, marine fungi have been understudied. Most mycologists, never mind the general public, don’t know much about the group. They aren’t visible to the naked eye like the terrestrial mushrooms many people are familiar with. Moreover, studying marine fungi previously required time-intensive culturing methods. The relatively more recent application of DNA sequencing techniques has provided additional insights into marine fungal diversity and has stimulated a new wave of interest into their functional roles in marine ecosystems – though the DNA sequencing techniques currently in use were designed using largely terrestrial representatives, and so are greatly biased towards the fungal subkingdom Dikarya, resulting in poor representation of other fungal groups known to occupy marine habitats. However, even a combination of cultures, microscopy, and DNA-based methods have determined that the vast majority of fungi identified from marine environments belong to Dikarya. One phylum from this subkingdom, Ascomycota, is of particular relevance to humans as sources for medicinally important compounds, such as antibiotics. They are used for making bread, alcoholic beverages, and cheese as well, but also exist as pathogens of humans and plants. Familiar examples of ascomycetes include morels, truffles, brewer's and baker’s yeast, Dead Man's Fingers, and cup fungi. Ascomycota is the largest phylum of fungi, with over 64,000 species. The defining feature of this group is the "ascus" (from Greek askos, meaning "sac" or "wineskin"), in which they produce their spores for reproduction. Basidiomycota is the other phylum of Dikarya. They are filamentous fungi composed of hyphae (long, branching filamentous structures). Included in this group, among others, are puffballs, stinkhorns, bracket fungi, jelly fungi, chanterelles (a popular group of wild edible mushrooms), earth stars, mirror yeasts, and the human pathogenic yeast Cryptococcus. Basidiomycetes produce their spores in special cells called basidia. To date, a little over 1,000 fungi species associated with marine environments have been identified, though it is estimated that there are greater than 10,000 as yet undescribed. Interest in marine fungi is rising, not only out of the systematics and phylogenetics corners (the study of evolutionary relationships between groups and their classifications), but also from the biotech fields, as they’ve been shown to be a good source of all sorts of useful chemicals, much like their terrestrial counterparts. For example, a species of Fusarium (a large genus of filamentous, and mostly saprophytic, fungi) isolated from a seaweed harbors a chemical that may have anti-cancer effects. Similarly, Ascochyta salicorniae (from a genus of ascomycete fungi) produces a compound which could have anti-malarial effects.

Fungi are important decomposers in the marine realm, particularly because of their ability to decay wood (and also slurp up dead whales and other rotting animals). After the Deepwater Horizon oil spill, we heard a lot about oil-eating bacteria. But many fungal species also secrete enzymes from their cells, which can externally break down an array of compounds in the surrounding environment, including hydrocarbons (the chief component of petroleum and natural gas). In an assessment of coastal sediments in the Gulf of Mexico, both before and after the Deepwater Horizon spill, fungi were found to dominate benthic communities impacted by oil, and those communities include species known to “eat oil” (technically they just degrade it; they don’t eat it). In fact, in oil-polluted sediments, fungi are likely the primary degraders of high-molecular-weight hydrocarbons. While most can’t fully mineralize hydrocarbons on their own, they work cooperatively with oil-degrading bacteria – fungi break down the tough carbons; bacteria decompose the resulting simpler carbons. Fungi are thought to have a relatively high tolerance to hydrocarbons, and more than 100 genera are known to play important roles in biodegradation of hydrocarbons in soils and sediments. Not that we should continue business-as-usual, hoping that fungi will save us on this front. We should still reduce plastic pollution and prevent future oil spills. In the meantime, fungi can help us clean up the mess we've already made.

Fun side fact: fungi eat nematodes (microscopic worms, to oversimplify). Imagine if an oak lassoed you as you ran past. That’s basically what these fungi do in soils, entwining the nematodes with their rope-like hyphae and choking the poor worms to death. There isn’t much evidence of nematode-eating fungi from marine environments yet, but this is probably just because we haven’t looked for them, specifically. Marine sediments are filled with thriving masses of yummy, juicy nematodes.

It’s clear that fungi are a thriving, abundant, active, and functioning component of the oceans, from the sunlit surface waters to the deep-sea sediments, influencing the ecological and biochemical cycles in every habitat they live in. In just a handful of years, researchers from around the world have filled in some major holes in our understanding of marine fungi, but there is still a ridiculous amount of interactions and biochemical processes we don’t know about. There remains more questions than answers. How many species are there? What exactly are they doing? What cool chemical compounds are they hiding? And above all—how do we get more people to pay attention? It’s an exciting time for sea shrooms!

Where I learned about marine fungi, and you can too!