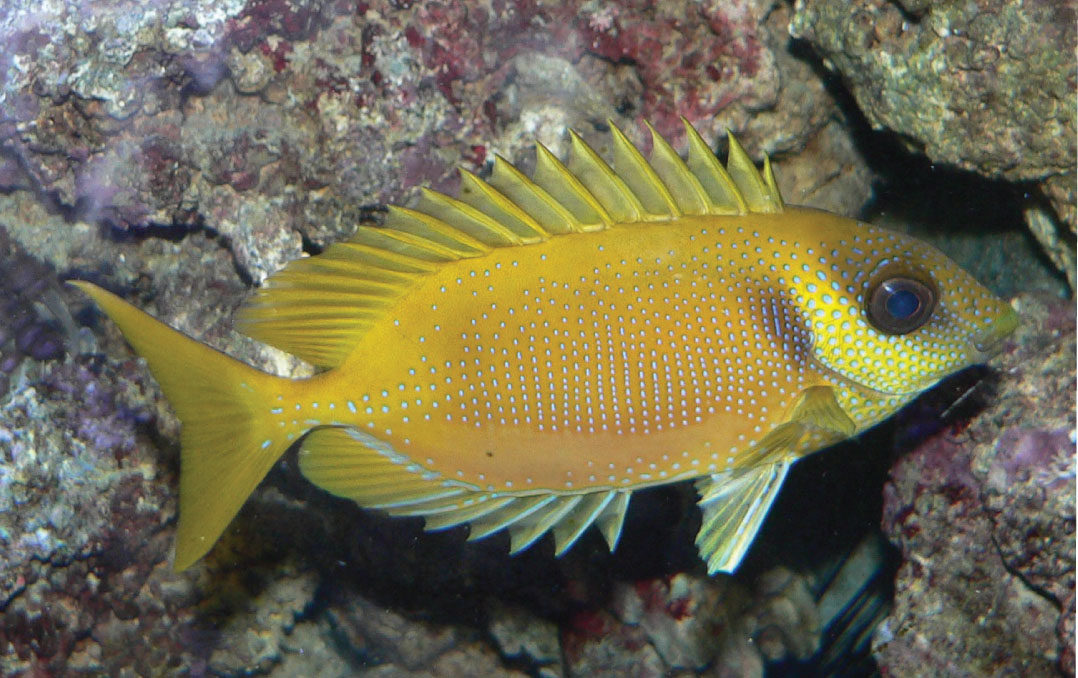 Rabbitfishes have been observed watching out for one another while searching for food. Credit: BS Thurner Hof, 2005, GNU Free Documentation License
Fish often stick together for protection from predators. Staying within a school of fish is usually safer than swimming alone. But it turns out that some fish lend a helping fin when it comes to feeding as well.

Scientists have recently observed four species of rabbitfishes, a type of coral reef fish, watching out for one another while foraging for food. A single rabbitfish on its own would have to watch for predators at the same time it searched for food in reef crevices. But when a pair of rabbitfish work together, one can dig more deeply into those crevices and eat more while the other stands guard. Then the partners switch places. Scientists call this behavior “reciprocal altruism“ because each fish takes a turn helping the other based on the expectation that the favor will be returned.

What makes this discovery so remarkable is that scientists have long believed animals required a high level of complex cognitive ability to cooperate in this way, something fish were not thought to be capable of. For such reciprocal altruism to work, fish have to recognize their partners and recall their own and their partner’s previous actions.

But fish have surprised researchers in the past with other advanced behaviors, such as punishing or trying to appease other fish. It appears fish have evolved more complex lives than scientists previously realized.