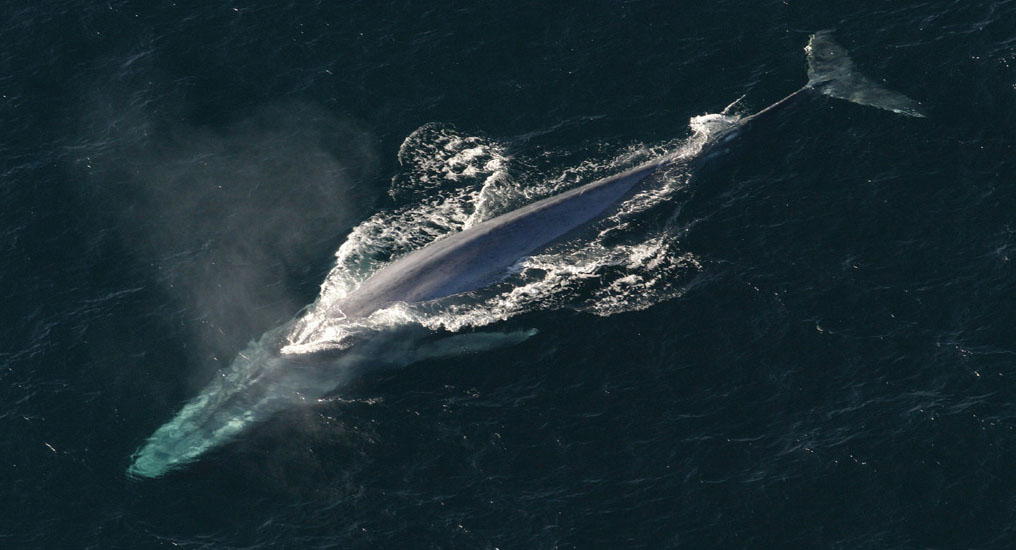 Blue whales can weigh up to 200 tons, yet scientists are only beginning to learn about their migration patterns. Credit: National Oceanic and Atmospheric Administration
You might think the largest – and perhaps loudest – animal ever to roam the planet would not be hard to track. After all, blue whales can grow up to 100 feet long, weigh up to 200 tons and produce sounds that travel 1,000 miles. And yet, until recently, scientists had difficulty figuring out where these massive krill-eating creatures traveled. Now, a single female named Isabela has offered some clues.

Researchers studying blue whales off the coast of Chile found that Isabela, at 82 feet long and probably weighing about 100 tons, made her way from Chile’s Gulf of Corcovado to the Galapagos Islands more than 3,000 miles away. To discover this, the scientists obtained DNA from blue whale skin samples gathered from darts and they took photographs of blue whale fins. They tracked Isabella’s movements by matching the DNA and photographic data obtained from Galapagos waters in 1998 with the same information collected from Chile’s southern coast in 2006.

It is still unclear why she traveled so far. Some speculate that the Galapagos waters are breeding grounds, but scientists need more data before they have enough evidence to support any hypotheses.

Isabela’s trip is the farthest a Southern Hemisphere blue whale is known to have migrated in a south-north direction. The discovery might help researchers encourage South American governments along the coast to create marine protected areas for the migratory routes of blue whales and other species so that they can continue to safely travel thousands of miles away and back.