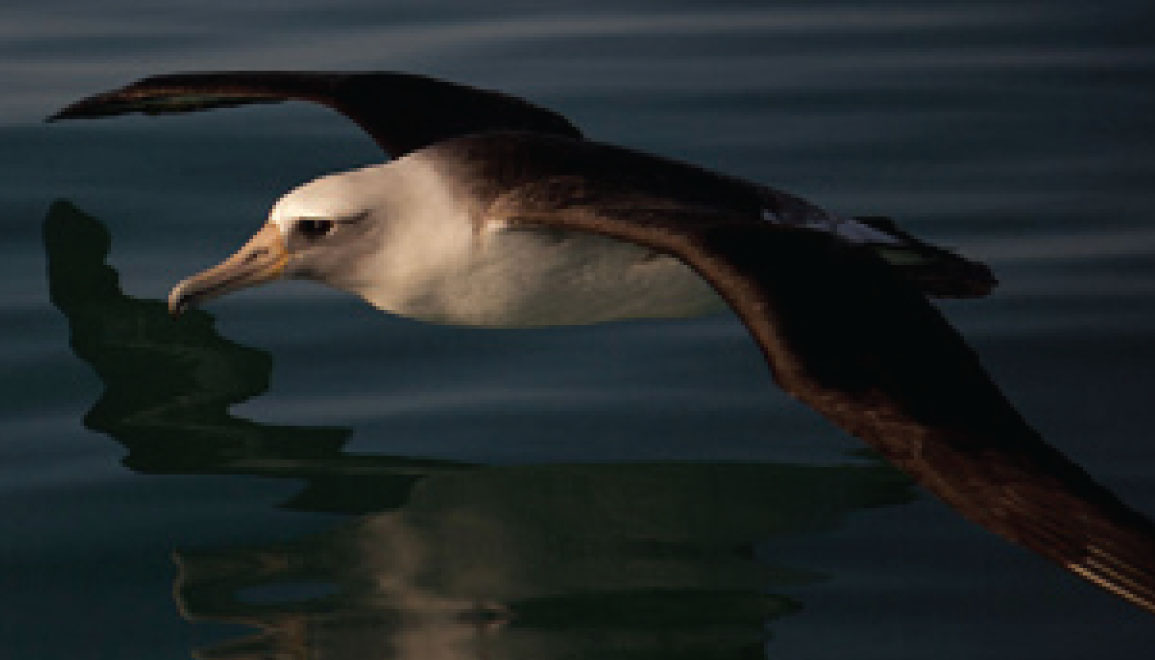 Albatrosses spend most of their lives at sea. Credit: Andy Collins/NOAA Office of National Marine Sanctuaries.
While Magellans first circumnavigation of the world made history, circling the globe is a regular annual trip for many albatrosses.

There are 21 species of these great seafaring birds 19 of them are threatened or endangered, mostly due to being caught on baited hooks set by longline fishing boats. Albatrosses spend about 80 percent of their lives at sea. They dont breed often and may spend one or two years between breeding seasons at sea foraging for squid, krill, fish and crustaceans.

Albatrosses can cover 600 to 1,100 miles in a single day. One greyheaded albatross circumnavigated Antarctica in 46 days. Using special tracking tags, scientists have learned that grey-headed albatrosses tend to follow one of three flight patterns. They may stay close to their breeding grounds. They may migrate to an area in the Indian Ocean. Or, they fly around the world, sometimes two or three times.

How do they do it? Large wingspans up to 12 feet for great albatrosses help, but theyre also great meteorologists. They use wind patterns to make flying so efficient that their heart rate while gliding is almost the same as their resting rate.

The technique, called dynamic soaring, involves flying close to the oceans surface and then quickly turning into the wind to climb. At about 50 feet, the birds turn and glide downwind, sometimes going hundreds of miles without flapping their wings. Take-off, landing and hunting require the most energy, but those long trips around the world are chiefly done on natures cruise control!