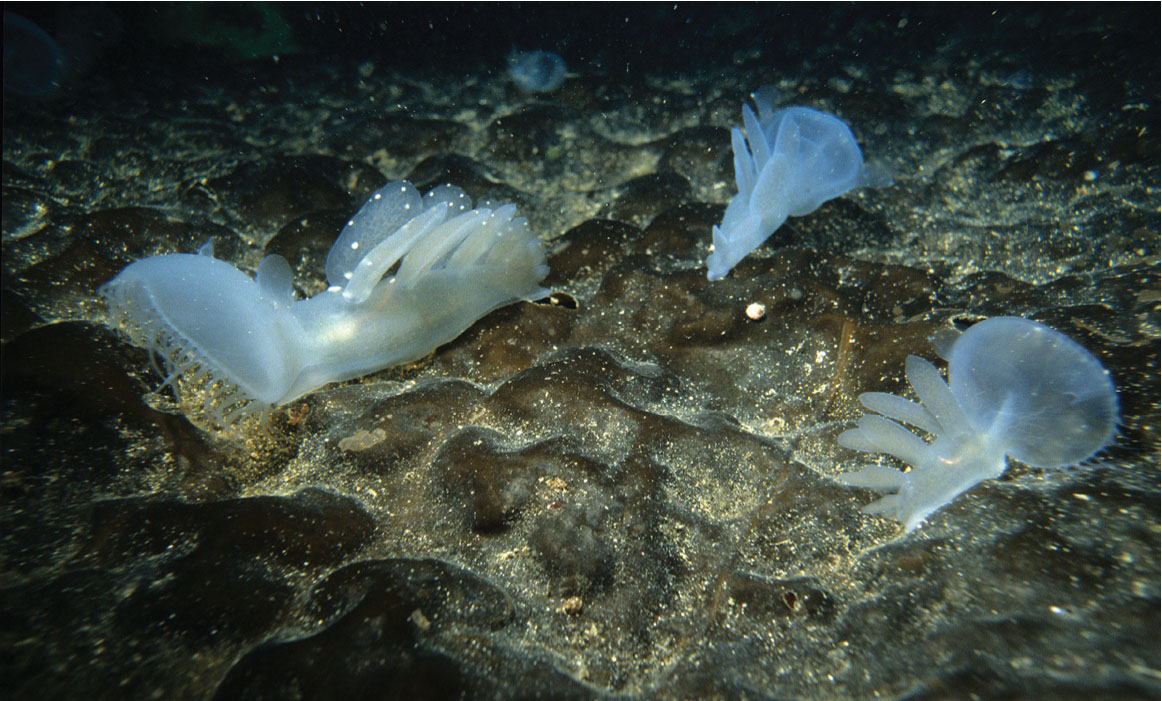 The Venus flytrap-like head and cerata are clearly visible in these three lion’s mane sea slugs. Credit: August Rode
You might remember the story about the mountaineer who amputated his forearm so he could survive after his hand became trapped under a boulder. But imagine amputating a limb to escape a predator — again and again and again? Such is the everyday life of the otherworldly-looking lion’s mane sea slug.

Just four inches long and an inch wide, this translucent carnivore lives in eel grass, kelp forests and other seaweeds along the West Coast, from Alaska to Baja California. Its large hooded mouth resembles a Venus flytrap but acts more like a net, scooping up and closing around tiny crustaceans, mollusks, jellyfish, invertebrate larvae and other tiny creatures. Its other distinctive features are the flat, oblong appendages along its back — similar to the plates along the back of a stegosaurus — with brown organs branching out within each plate.

It is these appendages, called cerata, that another predator may seize while the sea slug is hunting for its own food. But being grabbed by a crab or other hunter doesn’t appear to bother the lion’s mane sea slug. It simply releases the appendage and continues on its way. Such self-amputation is called autotomy, but how this nudibranch manages to do it — and not bleed to death — is a bit of a mystery. Researchers studying the lion’s mane hope that discovering how its amputation mechanism works might offer clues to better understanding wound healing in humans. Until then, however, it’s best to leave limb amputations to sea slugs, doctors and the occasional trapped mountaineer.