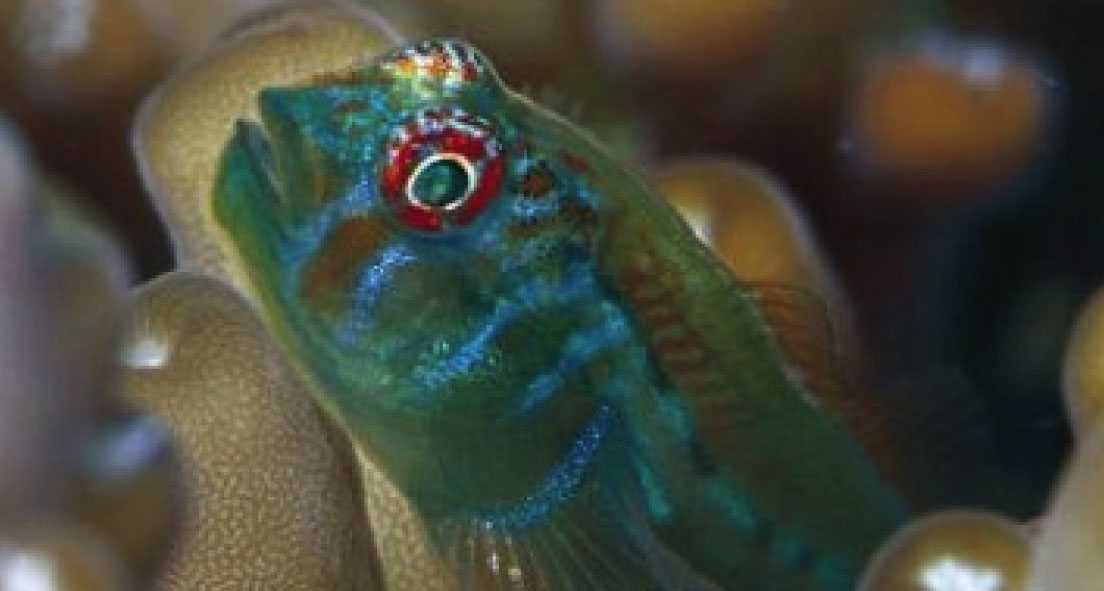 Some gobies live with the same coral their entire lives, and protect the coral from toxic seaweed. Credit: Georgia Tech/ Joao Paulo Krajewski
If the home that gives you shelter and houses your food were threatened, you'd likely do what you could to protect it. Gobies are no different. These tiny fish just an inch long live in coral, which protects them from predators and lets them eat algae on the coral and plankton from the surrounding water. But the coral sometimes needs protection too, and gobies are up to the job.

When certain seaweeds that are toxic to coral start growing too close, the resident gobies start trimming back the encroaching plants. Some species of gobies bite away the seaweed without consuming it while others actually eat the seaweed. Scientists wanted to find why gobies "trim" the seaweed, especially if they're not eating it. Could the fish sense toxins from the seaweed, or was something else signaling them to get rid of the seaweed?

The scientists took water samples from seaweed-infested coral and from the same type of seaweed that was nowhere near coral. Then they introduced those water samples to gobies. The water from seaweed-infested coral brought the gobies out from their coral homes immediately to begin trimming the seaweed, but the gobies did nothing when introduced to the water from isolated seaweed. This experiment indicated that the fish were not responding to the seaweed itself; they were responding to chemical signals produced by the coral almost as if the chemicals were a call for help.

Coral without these goby guardians becomes severely damaged pretty quickly. But the gobies aren't just working for the coral, this relationship is symbiotic both partners benefit. The coral gets protection from goby guardians and the gobies get a home and the yard work that goes with it.