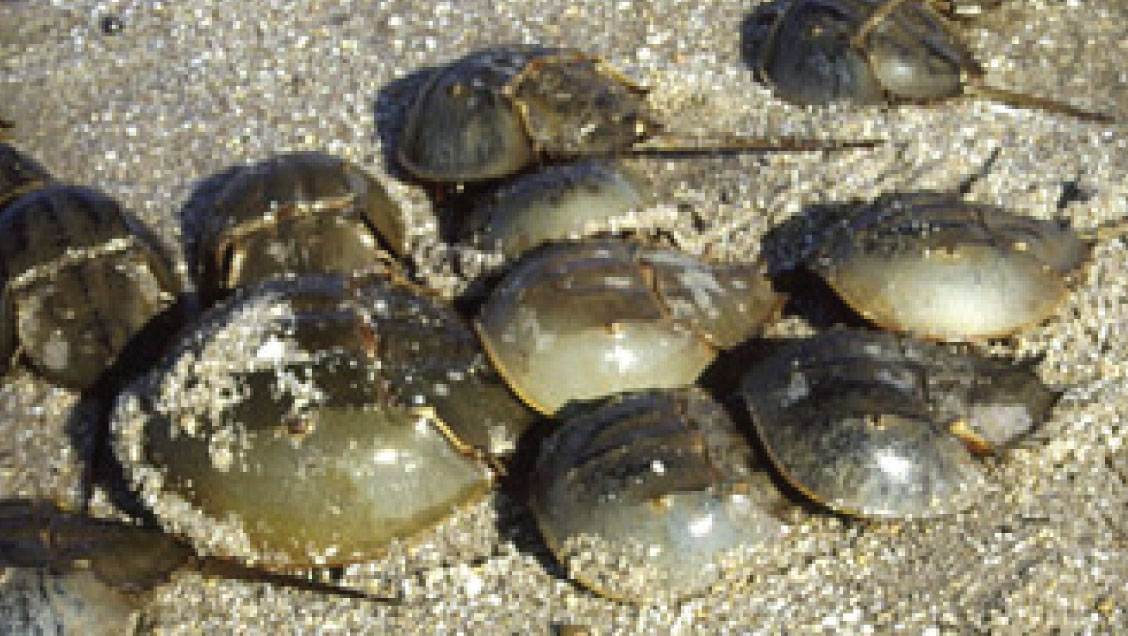 Horseshoe crabs are known as living fossils because they have survived on Earth for more than 450 million years. Although they have evolved in small ways over the millennia, they havent changed nearly as much as the world around them. Over the years, horseshoe crabs have seen the rise and fall of the dinosaurs, lived through the rise of the mammals and survived three major extinctions, including a huge one 250 million years ago that wiped out about 96% of marine creatures and 70% of large land animals.

So how have horseshoe crabs managed to succeed? Quite simply, these creatures can put up with a lot.

A creature that survives that long cant be choosy, looking for the perfect meal and perfect bed. These crabs which are actually more closely related to spiders, ticks and scorpions can eat just about any kind of organic matter, from mollusks to algae. They can even go without food for up to a year. Theyre also not exactly picky about where they live, being able to tolerate a wide range of salt levels and low levels ofoxygen in the water.

But horseshoe crabs are neither indestructible nor immortal, and their biggest modern threat comes from humans. Their numbers have decreased dramatically the past 20 years as habitats dwindled and fisherman used them for bait. Now, conservation efforts have started to reverse that trend with stricter regulations and quotas on harvesting them for bait and by creating horseshoe crab reserves and sanctuaries for spawning. So, perhaps these survivors will be around another 400 million years.