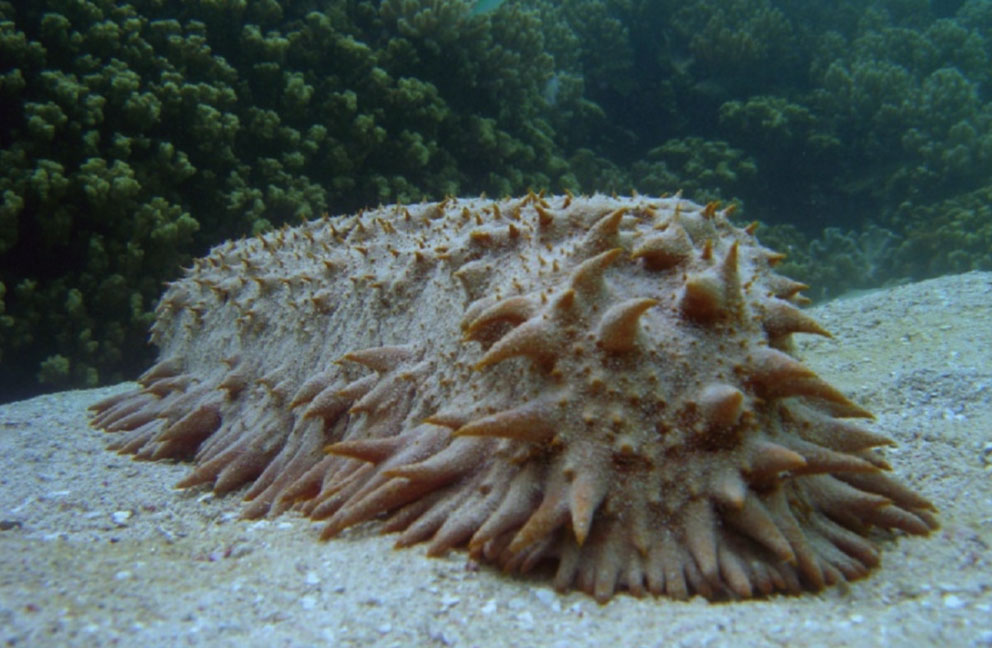 Sea cucumber rear ends perform many functions. Credit: National Oceanic and Atmospheric Administration.
It's no secret that most animals release waste through their backsides, but some use that exit for more than releasing leftover food. Sea cucumbers use their rear end for at least five different functions including breathing.

Sea cucumbers are echinoderms, a group that includes sea urchins and starfish, but sea cucumbers' tube-like bodies look quite different. Inside their bodies are long respiratory trees, similar to human lungs, that come together just inside the anus. Muscles near the anus pump water in and out of the sea cucumber's body to the respiratory trees. Some sea cucumber species pull in up to four cups of water every hour. The respiratory trees remove oxygen from the water, which is then distributed using hemoglobin, the same oxygen-carrying protein found in many other animals but in no other echinoderms.