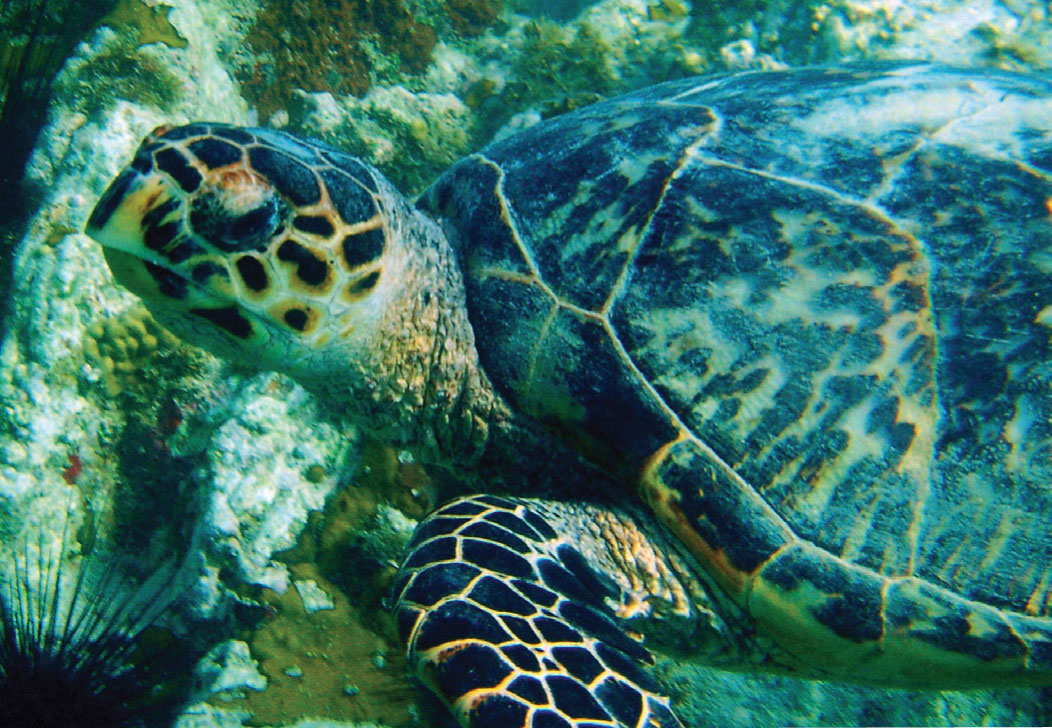 Adult hawksbill turtle. Secret Harbor, St. Thomas, USVI. Credit: National Oceanic and Atmospheric Administration
Nearly all of the world’s seven sea turtle species are facing a high risk of extinction, in part because of illegal trade of their eggs and shells. Yet scientists still know very little about the lives of these turtles, making it difficult to accurately track their populations and choose successful conservation strategies. One of the most basic tools marine biologists lacked was a way to calculate a turtle’s age — until now. The solution has been right in front of them the whole time, on the backs of the turtles themselves.

Earlier this year, scientists discovered that a sea turtle’s shell not only offers protection but also an opportunity to accurately estimate the turtle’s age using radiocarbon dating. This technique usually measures how much radioactive carbon remains in a remnant of a dead animal. However, scientists are able to use radiocarbon dating with live turtles’ shells because the source of the radioactive carbon is fallout from nuclear tests conducted in the Pacific Ocean during the Cold War.

Scientists measured background levels of radiocarbon in Hawaii’s corals to establish how quickly radiocarbon from those bomb tests is decreasing. With that information, researchers compared the radiocarbon present in the shells of 36 deceased hawksbill turtles to the amount in various living turtles whose ages and growth rates were known. The end result is a method by which scientists can determine the age, typical growth rate and age at sexual maturity of living turtles — all essential information for effective conservation efforts.