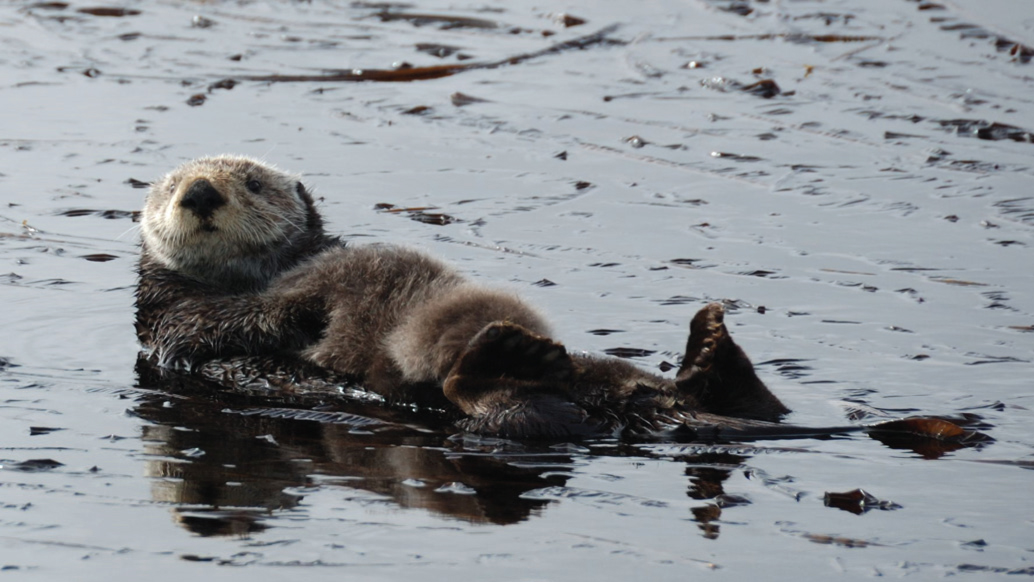 A sea otter mom and her baby. Credit: National Oceanic and Atmospheric Administration.
As utterly exhausting as it is to care for a newborn, most moms would never dream of abandoning their child. But what if it were a question of life and death…for the baby or the mom? That’s the dilemma that sea otter moms sometimes face when they can’t provide enough calories to meet their pups’ incredibly high energy demands. Researchers at a sea otter pup rehabilitation program measured the metabolic rates and daily caloric needs of sea otter pups and found the mothers need to provide more than 222,000 calories to raise pups from birth to independence.

From its first weeks of life until just before it is weaned, a sea otter pup’s metabolic needs more than triple, from 547 calories a day to 1,770 calories a day. For the first month all that energy comes from mom, followed by about five months of nursing while learning to eat – and eventually forage – for other foods. Initially, mom only needs to eat 17 percent more to produce enough milk for her baby, but as her pup grows, she needs to nearly double her food intake. Twice as much eating means twice as much hunting for a mom who may already be dangerously low on energy.

When food is plentiful, parenting can be challenging, but a sea otter can manage. However, when food is scarce, a sea otter mother faces a difficult decision: struggle to support her pup until it can make it on its own, possibly working herself to death, literally? Or, abandon her pup early so she can recover and have a better chance of successfully raising a pup the next time she breeds? Sometimes a sea otter mom must make life and death choices for both herself and her baby, decisions no mom would ever want to make.