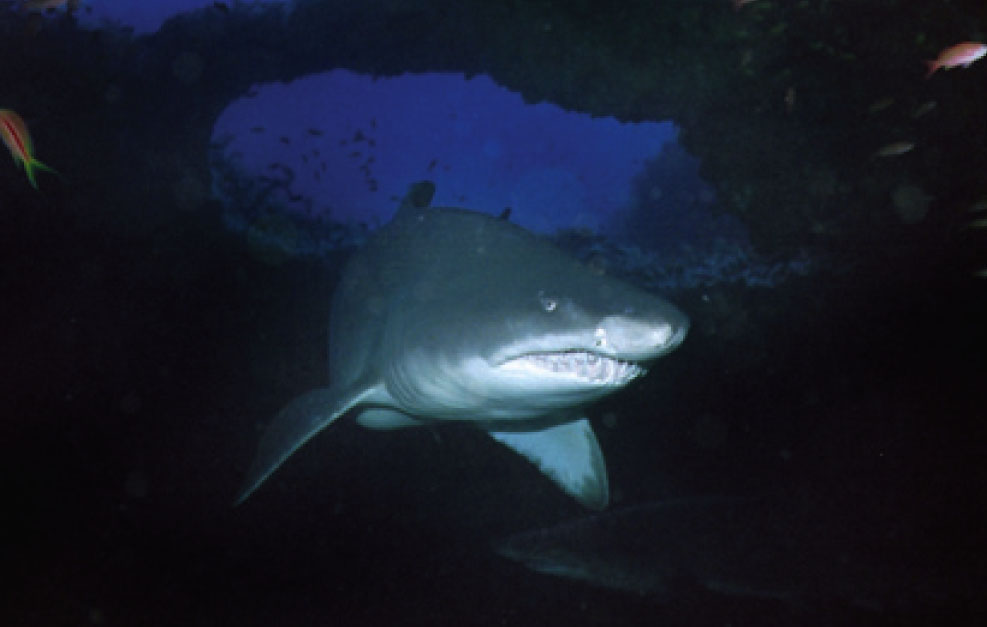 The female sand tiger has two wombs, but she does not have litters twice as large as other sharks. In fact, she only gives birth to two particularly strong, feisty pups. Newborn sand tiger sharks have keen eyesight and sharp teeth that have already tasted the blood of their siblings – or half siblings.

Their mother, like all female sand tiger sharks, mates with multiple males, all of whom fertilize eggs that end up in one uterus or the other. The baby sharks hatch from those eggs while still in the womb, but only the first hatchling is likely to make it out alive. The first shark embryo in each uterus to break out of its egg cannibalizes the barely younger brothers and sisters who share the womb. These protein-rich meals help the hatchling grow so rapidly that it it’s more than three feet long when it’s born – and therefore not an easy meal for predators.

In a study led by Demian Chapman at Stony Brook University in New York, researchers discovered that the two birth victors are often only half-siblings, and the rest of the males who mated with the female lose out entirely on passing along their genes. While this intense sibling rivalry sounds vicious, it ensures that baby sand tigers have a fin up on other sharks from day one and are more likely to survive to adulthood.