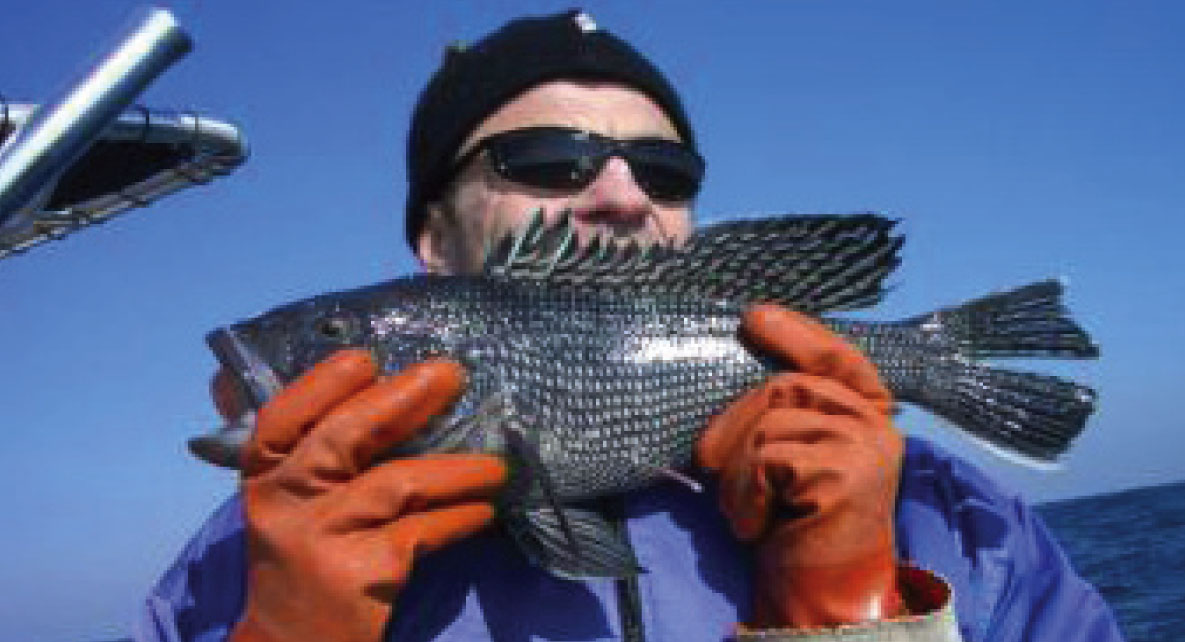 This black sea bass is exhibiting barotrauma. Note the stomach extruding from the mouth. Credit: Jeff Buckel.
A rapid ascent from deep water to the surface means a rapid drop in pressure. That can expand a fish’s swim bladder – the organ that helps a fish control its buoyancy – so much that it pushes other organs aside or even out a fish’s mouth. Scientists have worried that this “barotrauma” might permanently harm a fish, making it harder for deep water fish to survive if they are released. Fortunately, at least one popular sport fish can overcome this trauma.

Black sea bass are frequently released after being caught by recreational anglers. Researchers wanted to find out how many of these fish survived after release. On the same day, a group of divers tagged black sea bass on the ocean floor while another group of researchers on the surface caught, tagged and tossed back the same number of black sea bass. As they released the caught fish, the researchers categorized them as having no visible injury, having visible barotrauma, having internal injury from the hook or being unable to swim - “floaters.”

For the next year, the researchers collected the tags turned in from the black sea bass caught by fisherman or by the researchers themselves. Only about one in six floaters survived, and just over a third of the fish injured by hooks survived. But a whopping 90 percent of the fish that had visible barotrauma were healthy when they were caught again, about the same number as those that had been tagged on the ocean floor and never experienced barotrauma. So, being hauled up to the surface and released may not be a black sea bass’s idea of a relaxing day, but chances are, it will survive.