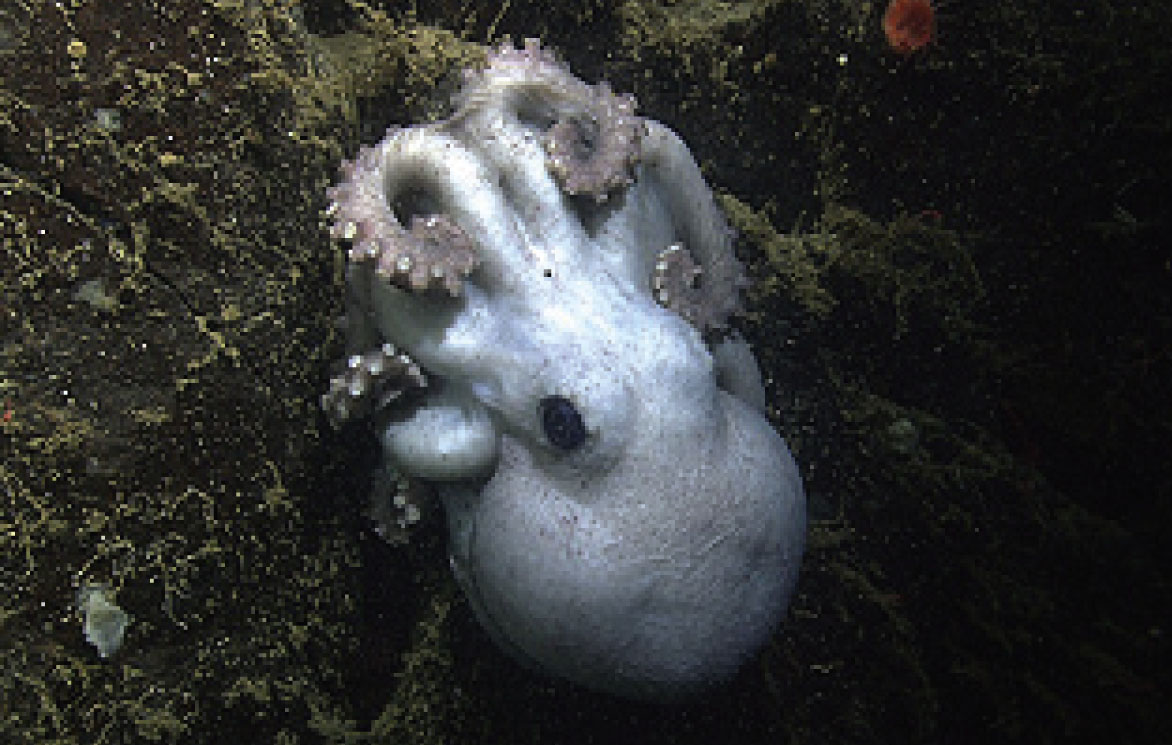 This female octopus spent four and one half years brooding her eggs on a ledge near the bottom of Monterey Canyon. Image credit: © 2007 MBARI
At 21 months, elephant pregnancies last more than twice as long as human pregnancies, and frilled sharks carry their embryos for 42 months – twice as long as elephants. But the deep-sea octopus has every animal on the planet beat when it comes to her unborn young. Researchers recently observed a deep-sea octopus mother brooding her eggs for 53 months – a whopping four and a half years.

During a dive with a remotely operated vehicle off the coast of central California in April 2007, researchers from the Monterey Bay Aquarium Research Institute discovered a female octopus swimming toward a rocky outcrop. They noted her unique scars for identification and then checked on her every few months as she brooded her eggs until September 2011, the last time they saw her. By then, her purple skin had faded, she had shrunk some, and her eyes had clouded over. A month later, only about 160 empty egg capsules were left.

Not only did this female octopus guard her eggs longer than any other creature on earth, but, like other octopus, she paid the ultimate price: octopus mothers die just as their offspring hatch. It’s not clear how the mother survived so long since she was never seen eating. But scientists suspect the embryos needed such a long incubation because the cold water, about 37 degrees Fahrenheit, means they develop more slowly. Further, the marathon incubation gives them time to develop further than most newly hatched young, increasing their likelihood of surviving in the harsh depths of the ocean.