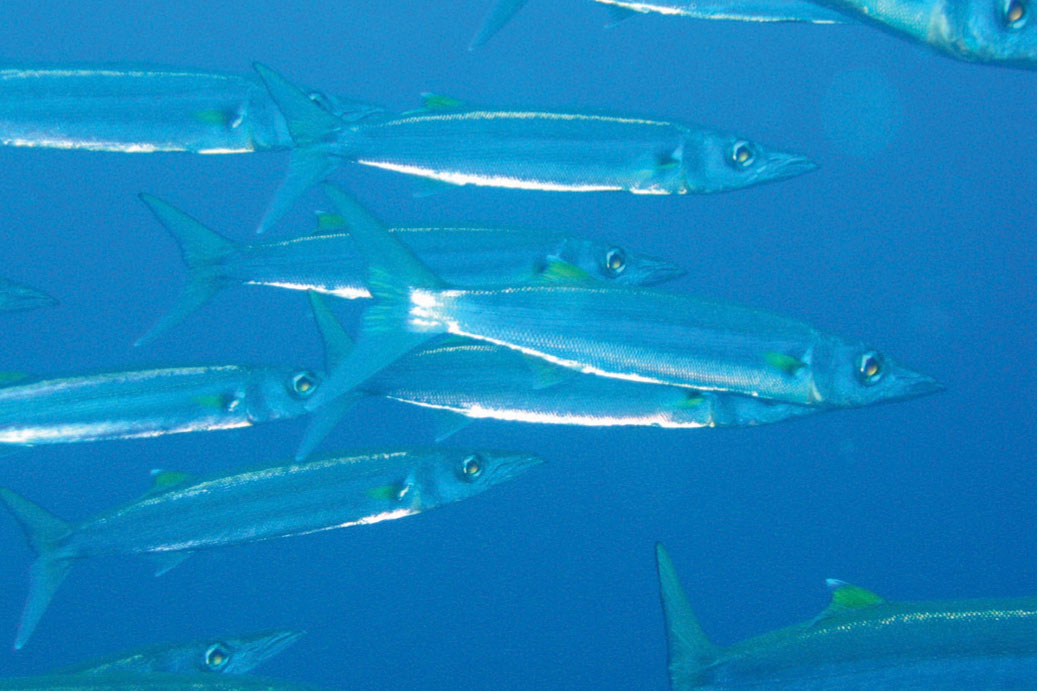 Can ocean creatures with polarized vision see through the disguise of silvery fish like barracuda? Credit: National Oceanic and Atmospheric Administration.
A disguise only works if others can’t detect it, whether on land or under the sea. Mirror-like scales help many fish blend into the water, but can predators see through this camouflage?

Humans cannot see polarization, the vibration of light in specific directions, without special technology or lenses that block it out, such as those in polarized sunglasses. Shrimp, squid and many fish species can see polarized light. Scientists have long believed that ocean creatures with polarized vision use it to see through the disguise of silvery fish blending into their environment. Since light changes direction – becomes polarized – when it is reflected off fish scales, creatures with polarized vision should be able to detect those fish. Why else would they have this special kind of vision?

But in science, assumptions must be tested. Researchers photographed tuna, amberjack, barracuda and other silvery fish in a coral reef environment with an underwater camera fitted with polarizing filters. They analyzed the images to compare the light in the background water to the direction and brightness of the light reflecting off the fish. With some mathematical calculations, the researchers determined how far away creatures with polarized vision could detect the fish.

The researchers found that polarized vision in a coral reef environment wouldn’t help much more than using other properties of light, such as brightness, to see camouflaged fish. So why then do so many sea creatures have this polarized vision? Scientists aren’t sure anymore. It’s time to explore other ocean environments and other ways this visual superpower might benefit the marine animals that possess it.