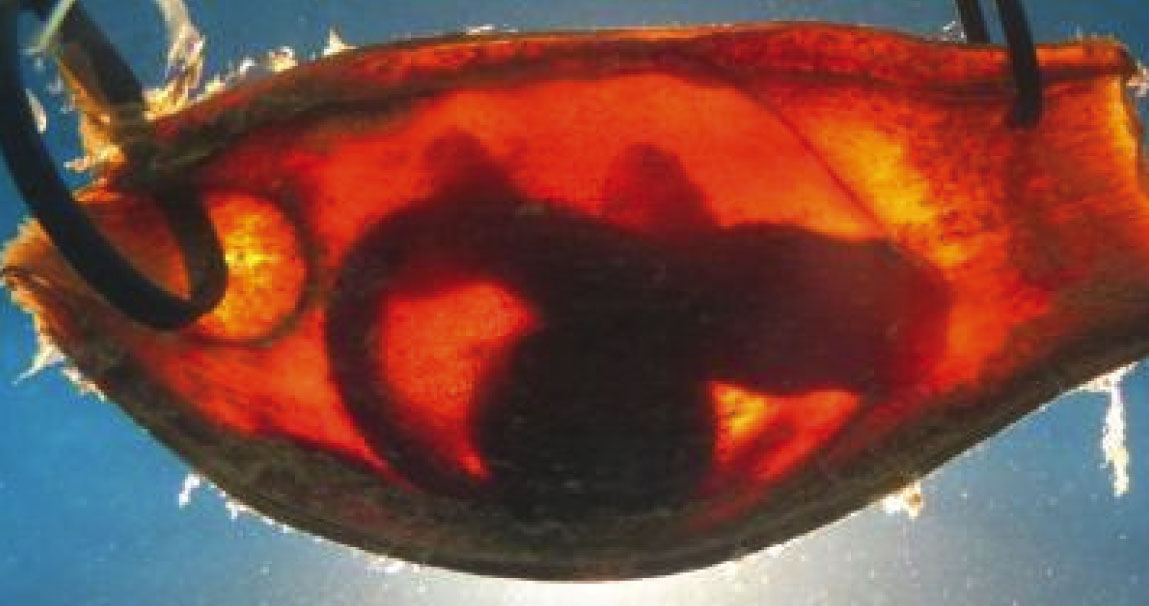 Bamboo shark embryo in egg case. Credit: Ryan Kempster
Sharks may be top predators in the sea, but they can be prey as well, especially as babies. Researchers have learned that young sharks can sense nearby predators and then act to avoid detection even when still in their egg case.

Biologists already knew sharks can sense possible prey by detecting electrical fields produced by nearby fish. However, scientists did not know whether shark embryos would adjust their own biological processes to reduce their risk of being discovered as prey themselves.

So researchers conducted an experiment with brown-banded bamboo sharks. These bamboo sharks spend five months developing within an egg case on the sea floor. During this time they are vulnerable to predators.

Scientists exposed the shark embryos to micro-electrical signals that resembled those that nearby predators might emit. Almost immediately after the micro-electrical signals began, the embryos stopped their breathing movements for a short time. When they started again, they breathed very slowly and shallowly. These smaller gill movements are less likely to give away the location of the embryos.

Although adult sharks are usually top predators, young sharks are more likely to be the hunted. Fortunately, the same feature that helps them find prey as adults helps them avoid being prey when they are young.