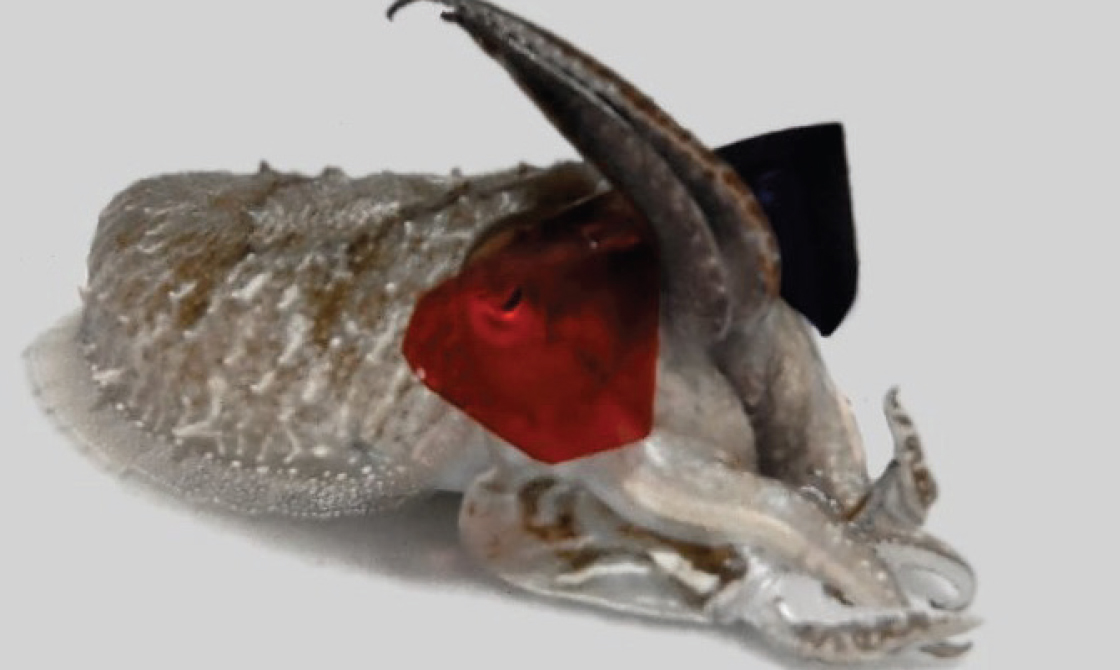 Scientists put 3D glasses on cuttlefish to test their vision. Credit: P Gonzalez-Bellido/Wardill Lab
The last time you saw a film in 3D, you probably weren’t grabbing for a tasty meal that seemed to hover just in front of you. But that’s exactly what happened when scientists put 3D glasses on cuttlefish and showed them a movie—all in the name of science.

The experiment may sound bizarre, but it actually led to an exciting discovery about the eyes of these invertebrates. Octopus and squid, cousins of cuttlefish, see only in two dimensions, so they lack depth perception. But since cuttlefish eyes often focus synchronously and their field of vision overlaps, biologists suspected cuttlefish might have 3D vision like humans. So they tested this hypothesis.

After carefully gluing red and blue shades on a cuttlefish’s brow, scientists returned it to a tank and projected a video of shrimp on the tank wall. The video made the shrimp appear to hover at different distances from the cuttlefish, just as 3D movies for humans can make objects appear closer or further away.

As with most scientific questions, the answer to whether cuttlefish see in 3D has led to many more questions, starting with how and why. Only more experiments will tell.