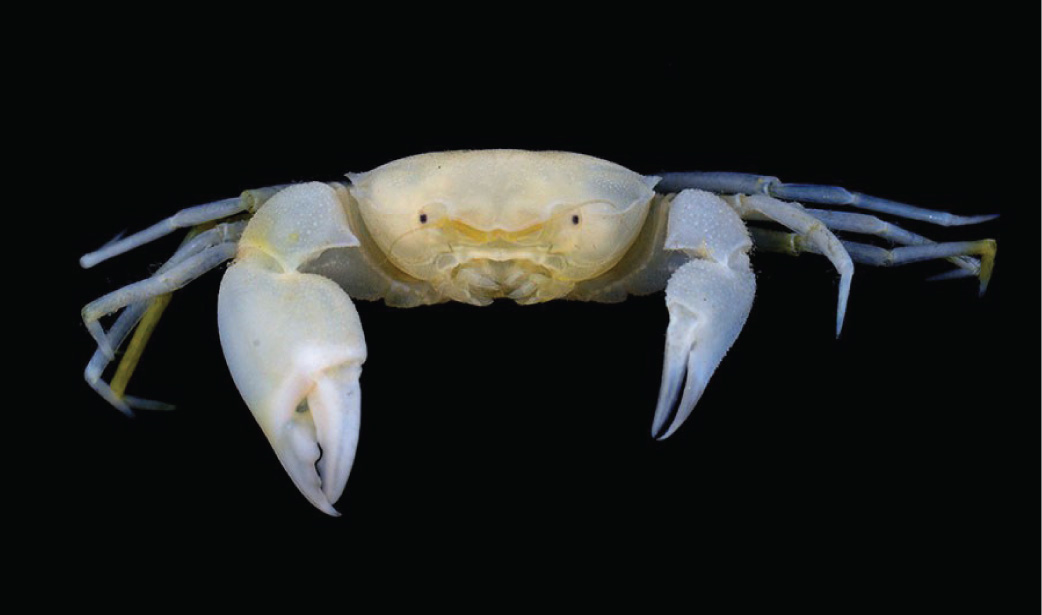 Harryplex severus is named after its discoverer Harry Conley, and two of J.K. Rowling’s characters- Harry Potter and Severus Snape. Credit: Jose C.E. Mendoza, Peter K.L. Ng, ZooKeys, Jan. 23, 2017
The naming of a new genus and species of crab goes to show that the magic of J.K. Rowling can inspire more than just children, and sometimes an “outsider” has more to contribute than it first appears. Just as Harry Potter seemed an unlikely boy to become a great wizard, Harry Conley was perhaps an unlikely explorer to discover several new and rare crabs. One of those crabs now has a name honoring both Conley and two important characters in Rowling’s stories. That name is Harryplex severus. The scientists who named it wanted to credit its founder and his seemingly “magical” ability to find new species.

Conley died almost two decades ago, but he was a “soft-spoken ex-Marine with a steely determination and a heart of gold,” said a scientist who knew him. He often spent his days digging for shells in the rubble beds of Guam in the western Pacific. Sometimes digging as deep as 90 feet, Conley’s perseverance paid off when he found various unusual crabs. After his death, scientists studying his collection learned a great deal about the crab populations around Guam and the Mariana Islands.

Harryplex severus is the newest discovery from the collection, a tiny pale crab Conley collected at low tide about 3-6 feet deep in the rubble. Researchers placed the crab in the family Christmaplacidae based on its top shell, sternum, eyes, legs, claws and penis. But the crab’s head, thorax, abdomen and appendages were different enough to justify a new genus. On top of adding to scientific knowledge, the tale of Harryplex severus shows it doesn’t require a scientist to discover some of the ocean’s secrets.