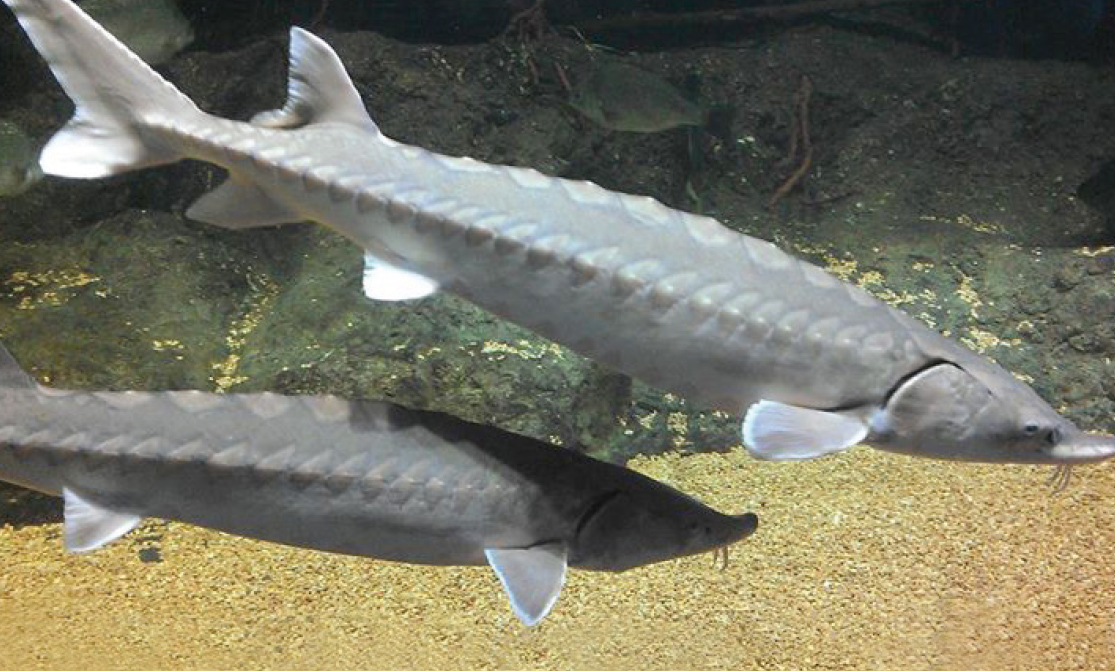 Scutes are bony plates along the sides and top of the body of all species of sturgeon. The Atlantic sturgeon is highly endangered today and does not occur in the Baltic Sea. Credit: NOAA.
It’s not often that a fish’s genetic analysis tells us something about human history, but that’s exactly what a discovery at the bottom of the Baltic Sea has done. The well-preserved remains of a fish from a royal shipwreck provides insight into both Scandinavian politics and the Baltic Sea’s ecosystem five centuries ago.

Researchers discovered Danish King Hans’s royal flagship Gribshunden about 50 years ago. It had burned and sunk in 1495 as the king sailed to Sweden to negotiate for the Swedish throne. The king wasn’t on board and didn’t die, but the sinking set back his throne claim by two years.

A wooden barrel found in the wreck last year contained a fish about 6.5 feet long. Like much of the wreck, the fish had been well-preserved for 500 years because of the Baltic Sea’s low salt levels, lack of shipworms and lack of oxygen on the sea floor. The fish’s bony plates, called scutes, identified it as a sturgeon. Researchers expected it was the European sturgeon since that is the species of sturgeon that lives in the region today.

But an analysis of the fish’s DNA revealed a surprise—the fish the Danish king hoped would impress the Swedes was an Atlantic sturgeon, now a highly endangered species not seen in those waters. This discovery offers new insights for both marine biologists and historians: the highly prized fish affirms the high status of the Danish court at the end of the Middle Ages, and it reveals one way in which the Baltic Sea’s ecosystem has changed since those times.