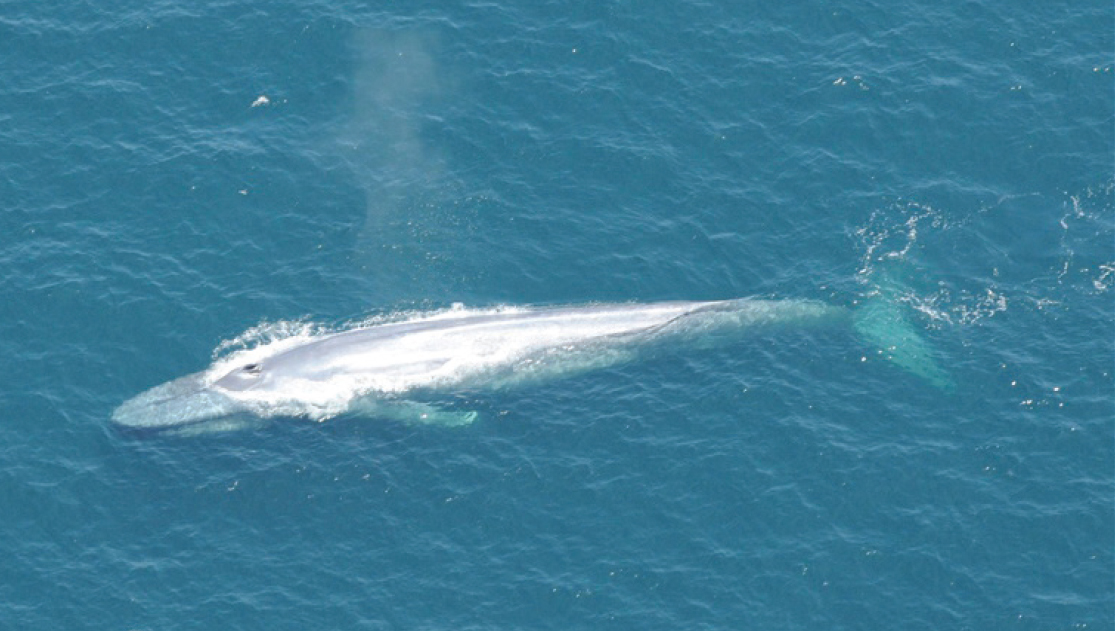 A blue whale in the Santa Barbara Channel. Credit: NOAA, Jess Morten
The singing of blue whales has long held scientists’ fascination, but researchers are still learning how, when and why whales sing. Now biologists have connected the time of day that blue whales sing to the time they begin their long migration south.

The researchers used an underwater microphone, called a hydrophone, and electronic tags on 15 individual whales to record songs from individuals and the whale population as a whole. The whales sang their summertime harmonies mostly at night, getting louder as months passed until reaching a crescendo around October and November. As the whales prepared to head toward warmer water, they began singing during the day.

The shift from nighttime to daytime singing had been observed before, but data from the individual tags helped scientists realize that the shift was a clear behavioral sign. In summer, the whales feed most of the day, in preparation for their migration when winter approaches. It’s when migration begins and daily eating has stopped that whales switch to belting out their notes during the day.

These findings could help devise ways to protect whales from collisions with ships. If scientists listen for changes in song schedules through hydrophones, they can predict when the whales will begin migrating south. Then they can warn ship captains further south about whale pods heading that way. Continuing to track variations in whale singing might reveal other ways the songs are linked to behavioral or environmental changes, potentially helping protect these endangered animals.

So, when these blue whales begin their southward migration they change the time of day they sing. Important questions now are, is the singing a signal to other whales that food is sparse and it’s time to go, and what signals their northward migration when it’s time to return?