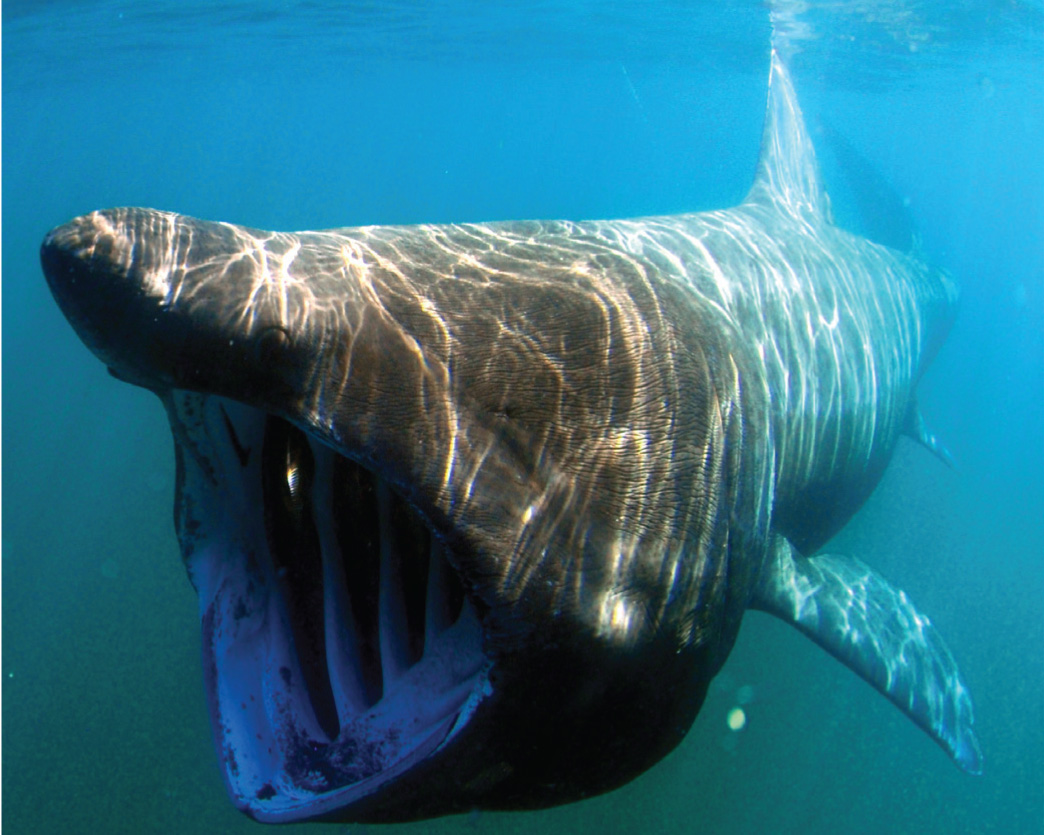 Basking Sharks have gills and filter-feeding structures that together resemble the inside of a rib cage. Credit: National Oceanic and Atmospheric Administration.
Although they frequently swim with their massive mouths wide open to feed, basking sharks don’t look like the Jaws-type predator most people think of when they imagine a shark. The biggest of these 4-ton fish are just a few feet shorter than a typical school bus. Their gaping mouths reveal their gills and filter-feeding structures, which together resemble the inside of a rib cage. Basking sharks are the second largest shark in the world and just like their bigger cousins, whale sharks, they are filter feeders. Their hundreds of tiny teeth are too small to do much damage.

Scientists know very little about basking sharks because they stay far from land and swim at the water’s surface for only short periods. But over the last couple of years, British researchers tracked more than two dozen basking sharks to learn about their movements — and it seems many follow the sun in winter. The 28 electronic tags that transmitted for more than five months revealed three main wintertime destinations: staying near Britain’s chilly waters, heading to the waters off Spain, Portugal and North Africa, or staying in the Bay of Biscay, west of France. If they left Britain’s waters, they headed out in late summer or fall and came back in spring or early summer.

Learning about the routine journeys of these gentle giants can help scientists determine better ways to protect basking shark populations since they are vulnerable to the nets used to catch other species and their fins are illegally harvested to make a soup that is popular in some cultures.