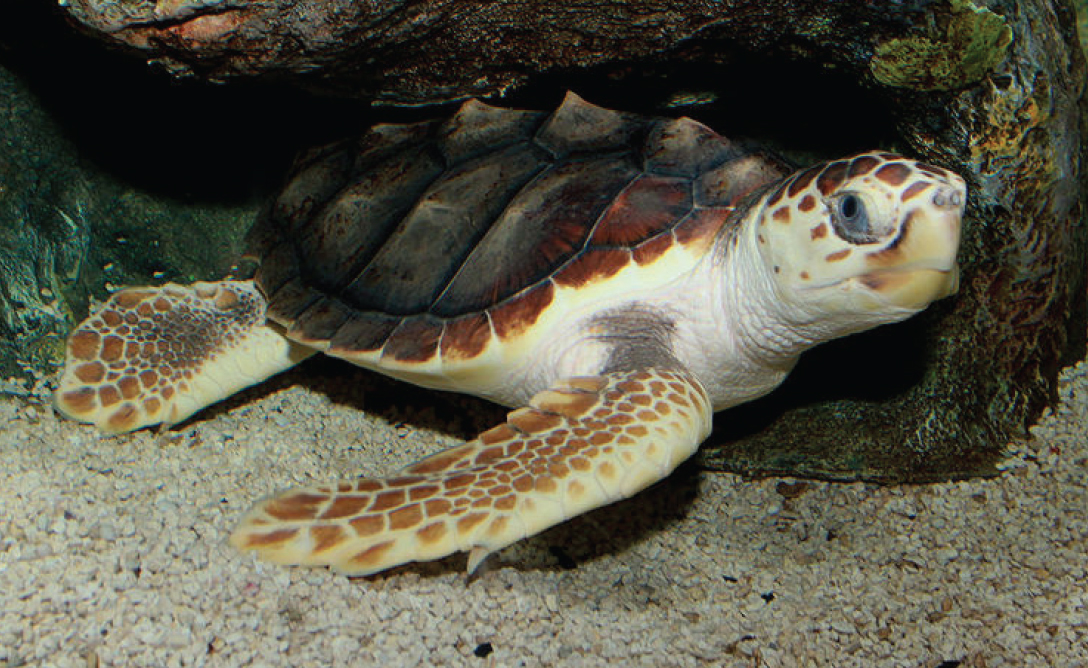 Loggerhead sea turtles carry a plethora of microscopic organisms on their shells. Credit: Brian Gratwicke, Wikipedia
You’ve probably heard, “a turtle carries its home on its back”, but the shells of loggerhead sea turtles are home to more than just the marine reptile inside. Researchers recently learned that turtles carry on their shells a thriving, diverse community of microscopic critters that is twice as big and diverse as scientists previously realized

Researchers captured 24 loggerhead turtles that had traveled to lay eggs at St. George Island in Florida in the summer of 2018. After clearing off some barnacles, the biologists scraped and sponged a section from the front, middle and back of each turtle’s shell. In the lab, the researchers discovered tens of thousands of creatures in the samples. In fact, more than 146,000 separate microscopic animals were living on just one of the turtle’s shell. The largest variety of organisms was toward the back of their shells, near the turtle’s rear flippers.

Until this study, fewer than 100 species of creatures were known to live on loggerhead turtles’ backs. But those earlier studies did not look for tiny organisms, such as small worms called nemotodes, on the turtles’ shells. The scientists expected to find some nematodes on the shells, but they had no idea they would discover more than 111 different species of the critters on the turtles’ shells. And it’s possible there are even more species they haven’t yet identified.

The scientists suspect these tiny animals hitchhike on the turtles’ shells, just as Marlin and Dory rode the backs of sea turtles in Finding Nemo. If scientists can identify where in the world the individual species originated, they might learn loggerheads’ travel patterns—information that conservationists can use to ensure loggerheads always have a home.