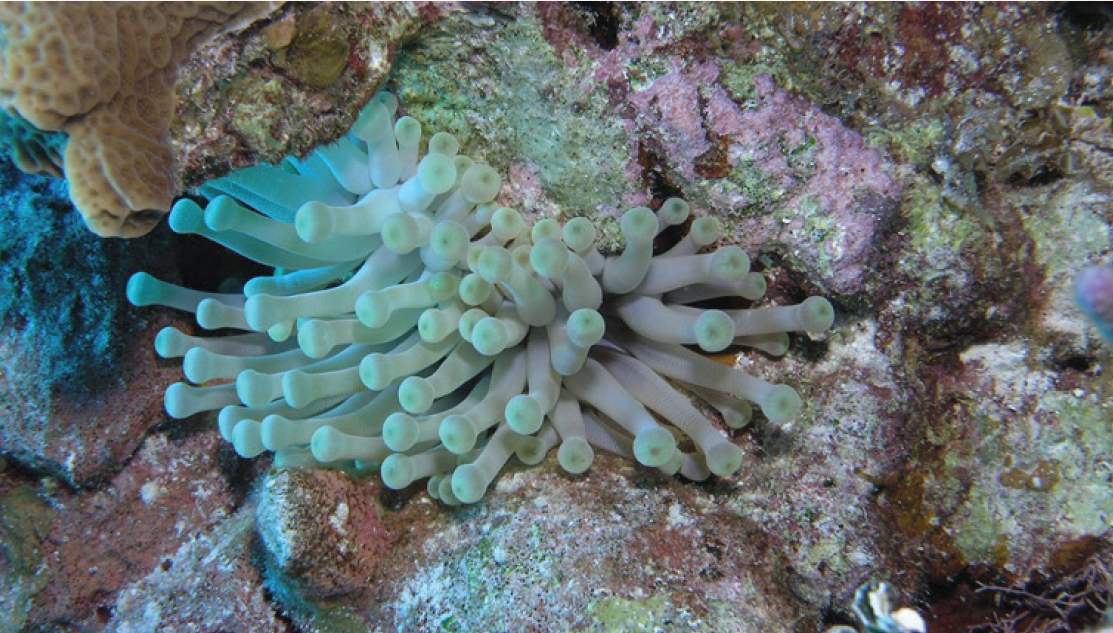 Sea anemones are capable of growing new tentacles when food is abundant. Credit: NOAA, Julie Bedford.
Imagine if gorging on Thanksgiving dinner and the week’s leftovers caused you to grow an extra arm instead of adding inches to your waistline. The idea sounds crazy—unless you’re a sea anemone. These reef-dwelling creatures look like colorful flowers, but they are actually animals related to coral and jellyfish. Like coral, sea anemones spend their entire lives attached to the sea floor and hardly move. That means they needed to evolve ways to survive when environmental conditions around them change, including shifts in the availability of food.

Scientists recently discovered that one of those adaptations appears to be a relationship between how much anemones eat and how many tentacles they have. For most animals, the number of limbs they have is dictated by their DNA and all of those limbs are present early in life. But sea anemones can grow new tentacles in adulthood. This ability suggests that more than just genes determines the number of tentacles anemones end up with.

Researchers collected more than 1,000 adult sea anemones and analyzed the locations on their bodies where new tentacles formed. The scientists found muscle cells at those sites. But the expression of the genes in those muscle cells—the “instructions” telling the body how to develop—change in response to food. Now the researchers are rethinking how metabolism is related to organ growth in adult anemones.

This new discovery shows that, at least in these marine critters, excess nutrients are not stored as fat, which is where extra calories go in mammals. Instead, the extra sustenance is converted into an entirely new body part. If humans could pull off that trick, imagine what it might mean for all-you-can-eat buffets!