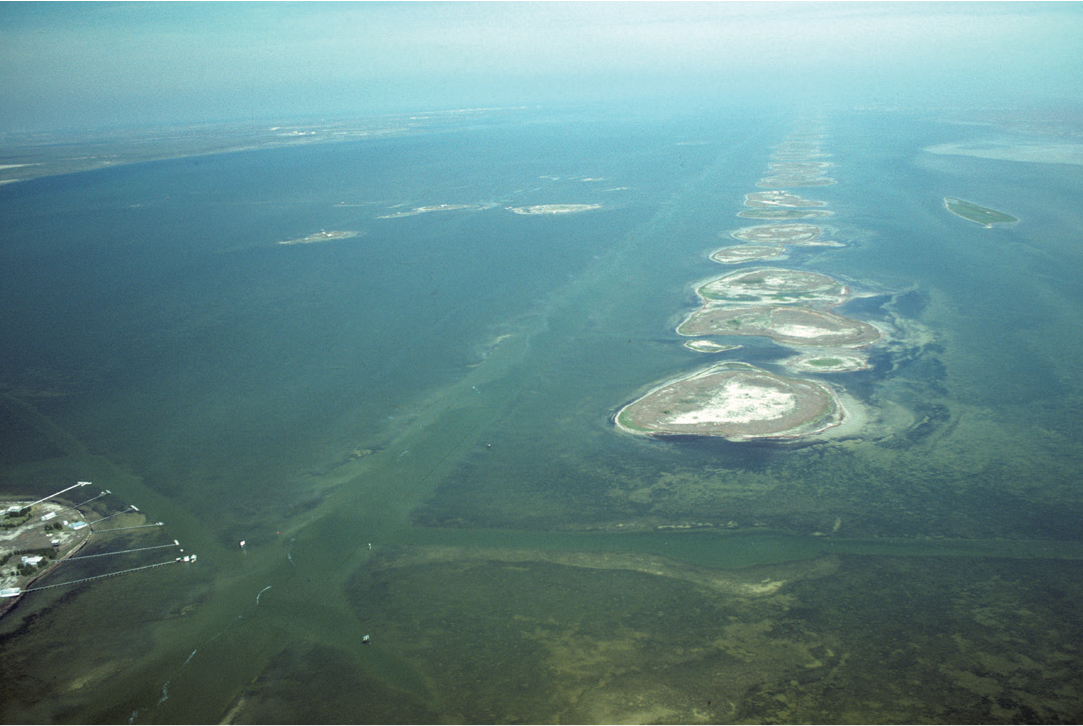 Because it’s so salty, you might expect Laguna Madre to be a lifeless place, but it’s just the opposite. The lagoon is teeming with sportfish and crustaceans. Migrating ducks and geese spend the winter there, dipping their feet and beaks into waters that average less than three feet deep. And it’s home to some of the largest seagrass beds in the United States.

Scientists classify Laguna Madre as a hypersaline lagoon, one of only about a half-dozen in the world. It gets little rainfall or runoff from rivers or creeks, and the climate is so hot that its water evaporates quickly. As a result, the lagoon’s water is saltier than seawater. On average, seawater contains about three and a half percent salt. But Laguna Madre’s water can rise to five or six percent in the summer or during a drought.

The seagrass bed in Laguna Madre provides a home for young brown shrimp during the summer. And during the winter, they attract about 80 percent of North America’s redhead ducks, which feed on the seagrasses. Migrating mallards, Canada geese, and other waterfowl also stop over.

That makes Laguna Madre not only one of the saltiest places on Earth, but one of the liveliest, too.