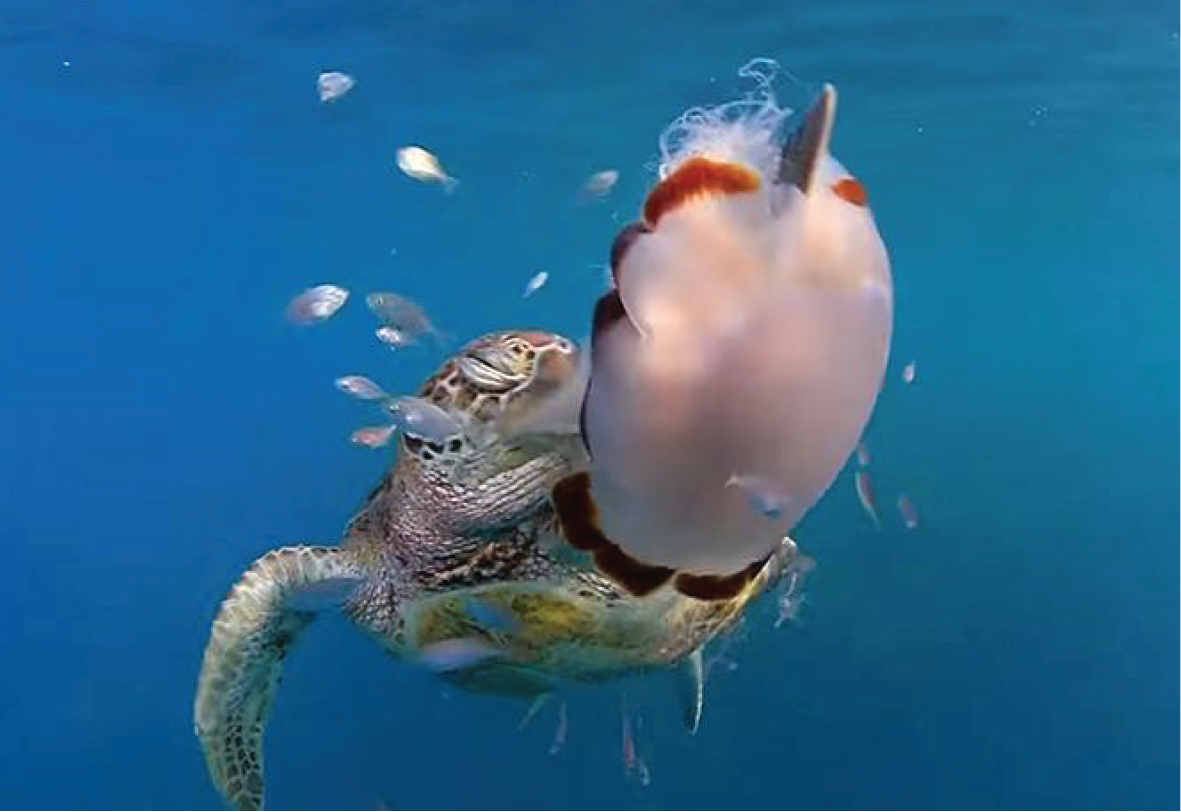 A green turtle swiping a stinging jellyfish. Credit: Fujii et al., Monterey Bay Aquarium
Sea turtles use flippers to swim and glide through the water or sometimes crawl across the beach—anything related to moving around. But it turns out that these aquatic reptiles use their flippers in other ways too, including handling food.

Most animals that use limbs for eating learned those behaviors from parents, siblings, or other members of their social group. But sea turtles never know their parents and live solitary lives. Without fingers or toes, they use suction or biting to consume their prey, and their brains are not highly developed. So researchers presumed that sea turtles would not use their fins to grasp prey or carry food—that is until they observed it on an underwater video unit located on a French Polynesian coral reef.

Researchers at the Monterey Bay Aquarium in California saw a hawksbill turtle use its limbs while feeding, sending the scientists on a hunt to discover evidence of similar behavior by other sea turtles. They pored through underwater surveys and searched photos and videos online, including on sites such as Google, YouTube, Flickr and Shutterstock. They sought any examples of sea turtles using flippers to capture, manipulate or transport their food in the water.

They found a surprising variety of ways turtles handle prey such as sponges, jellyfish, algae and fishes. In one image, a green turtle appears to “hold” a jellyfish. In another, a loggerhead turtle uses its fins to roll a scallop along the sea floor. In yet another, a hawksbill turtle uses a reef for leverage as it pulls away an anemone. This research demonstrates just how “hands on” turtles are with their meals and how much more scientists have to learn simply by observing sea creatures.