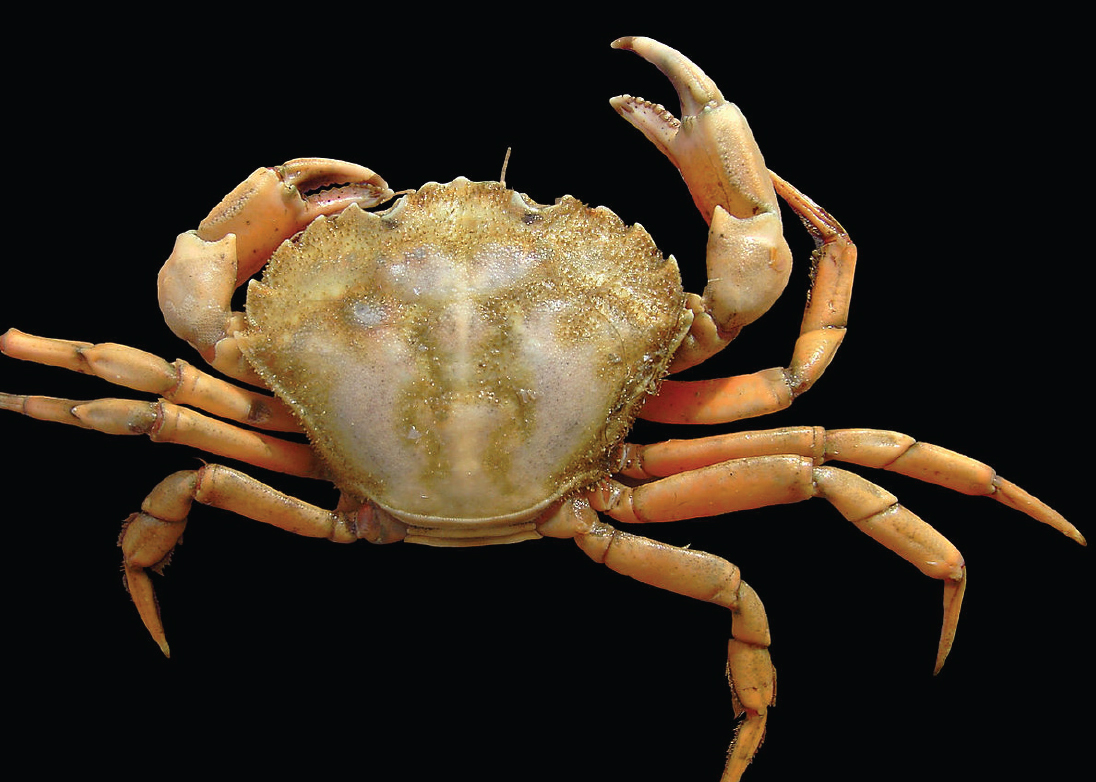 Scientists tested shore crabs’ spatial learning abilities with mazes. Credit: Creative Commons Attribution-Share Alike 4.0, Hans Hillewaert.
You’ve probably heard of mice making their way through a maze, and you may even have seen an octopus navigate one. But did you know that common shore crabs can find their way through mazes as well?
Scientists at Swansea University in the United Kingdom wanted to learn more about the spatial learning abilities of European shore crabs. Spatial learning is the ability to understand where one is in a particular area and then move around relative to other objects in the environment. They tested a dozen crabs in a maze that required the crustaceans to change direction five times and to avoid three dead ends to reach the tasty mussel waiting at the end.
Once a week over four weeks, the crabs became progressively faster and more accurate each time they went through the maze. After that month of testing, the crabs took a two-week break before the scientists returned them to the maze. The crabs remembered the route and navigated to the end in under 8 minutes—even though no food waited for them. The scientists then tested a dozen new crabs with no experience in the maze. Those crabs took much longer to reach the end: an average of 39 minutes compared to the maze veterans’ average of 4.5 minutes. In fact, five of the new crabs never reached the end after an hour in the maze.
Crabs likely use spatial learning to find food in the wild. Learning about crabs’ spatial skills helps biologists understand how well the crabs may be able to adapt to changing conditions.