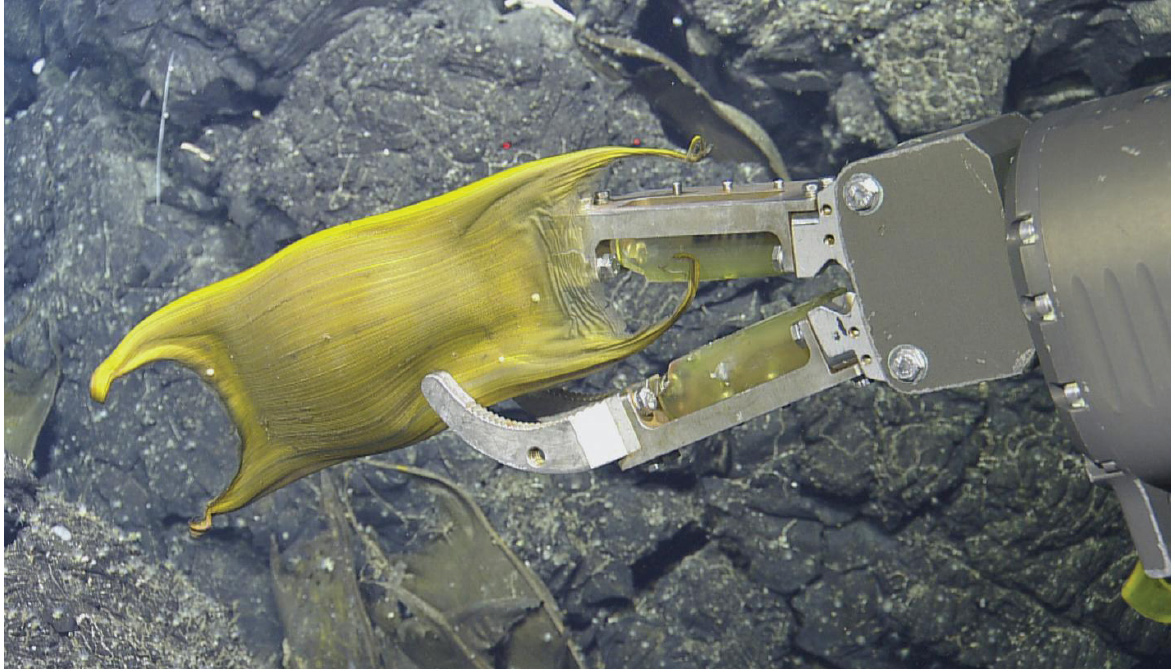 If it took more than four years for your eggs to hatch, no one could blame you for seeking a way to speed things up. It appears that deepsea skates, a relative of sharks and rays, have found a way to do exactly that—by using the volcanic heat released from hydrothermal vents deep in the ocean.

Water heated by Earth’s crust reaches the ocean through hydrothermal vents, where only creatures that have evolved to withstand the extreme temperatures typically live. But when scientists recently sent a remotely operated underwater vehicle (ROV) to explore the hydrothermal fields near the Galapagos Islands, they found several layers of large egg cases. They counted 157 of these cases, often called “mermaid purses,” and used the ROV to bring four of them back to the surface.

The scientists analyzed the DNA and learned the eggs belonged to the skate species Bathyraja spinosissima. Though these skates live deeper than almost any other skate species, they have not been observed regularly near hydrothermal vents. Yet more than half the egg cases were found near the hottest vents. Could the skates be using heat from the vents to help their offspring develop more quickly?

That’s what the biologists believe is happening, based on similar behavior of two other animals, a rare bird in the South Pacific and long-necked dinosaurs of the Cretaceous period. But their hypothesis is just that — a plausible idea the scientists must test through more observation and research. Hopefully they will learn whether deep-sea skates really are trying to skate past their extra-long incubation periods with a bit of help from Earth’s heat.