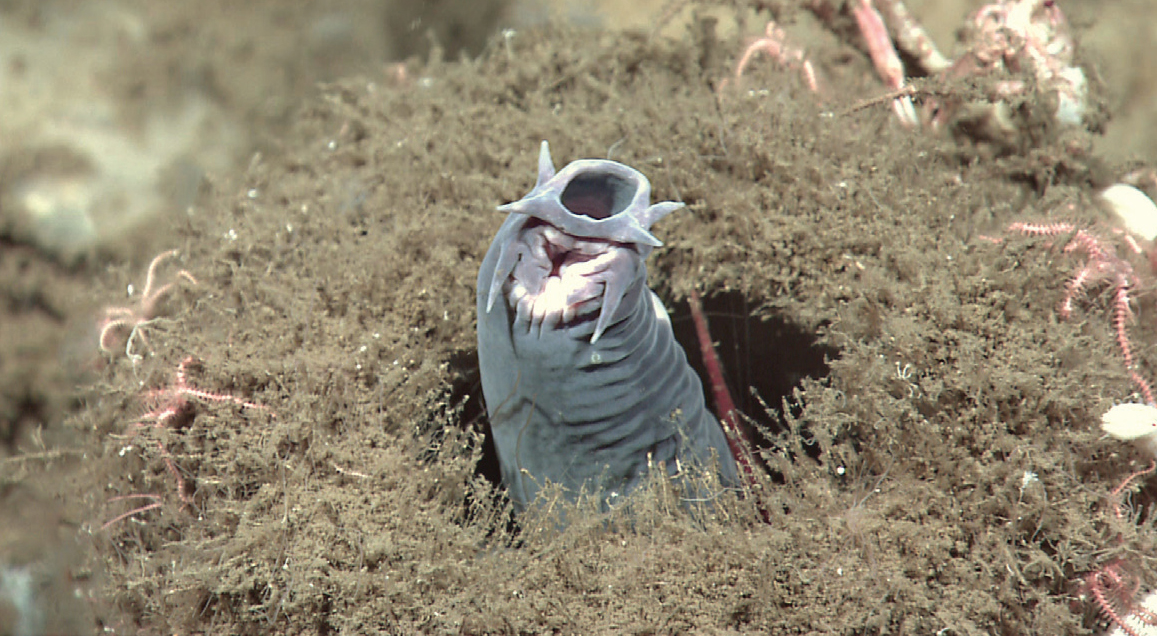 A hagfish’s heart can continue beating for up to three days with no oxygen at all. Credit: National Oceanic & Atmospheric Administration.

After just an hour or so without oxygen, your heart develops permanent damage. Shortly afterward, it stops beating entirely. Not so with the resilient hagfish, a slimy eel-like creature that feeds on dead marine animals that fall to the ocean floor. In fact, the hagfish’s heart continues beating and supporting normal activity for up 36 hours without any oxygen at all. What scientists haven’t understood is how or why.

Now they have a partial answer to the first question. Canadian researchers from the University of Guelph conducted an experiment to discover what fuel the hagfish heart uses to keep beating with no oxygen to power it. Past research revealed that the heart first uses the carbohydrate glycogen when oxygen is not available, but then the glycogen runs out.

The researchers removed hearts from hagfish and observed the muscles for 12 hours, some exposed to normal oxygen levels and others denied oxygen. Within each group, the hearts received saline (salt water) with glucose and glycerol — two types of carbohydrate fuel — or no fuel source at all. All the organs kept beating, “like zombie hearts,” as one scientist described it.

But the hearts that received glycerol in oxygen-deprived conditions beat more effectively, with stronger contractions and relaxations, than the other hearts denied any fuel or provided glucose. Though it didn’t explain how the other oxygen-deprived hearts kept beating, these findings suggest that glycerol is an important fuel source when oxygen runs out. The next question is where the glycerol comes from — possibly the liver — and why hearts use it. The answers might give scientists clues about how to prevent damage to human hearts when denied oxygen during a heart attack or transplant.