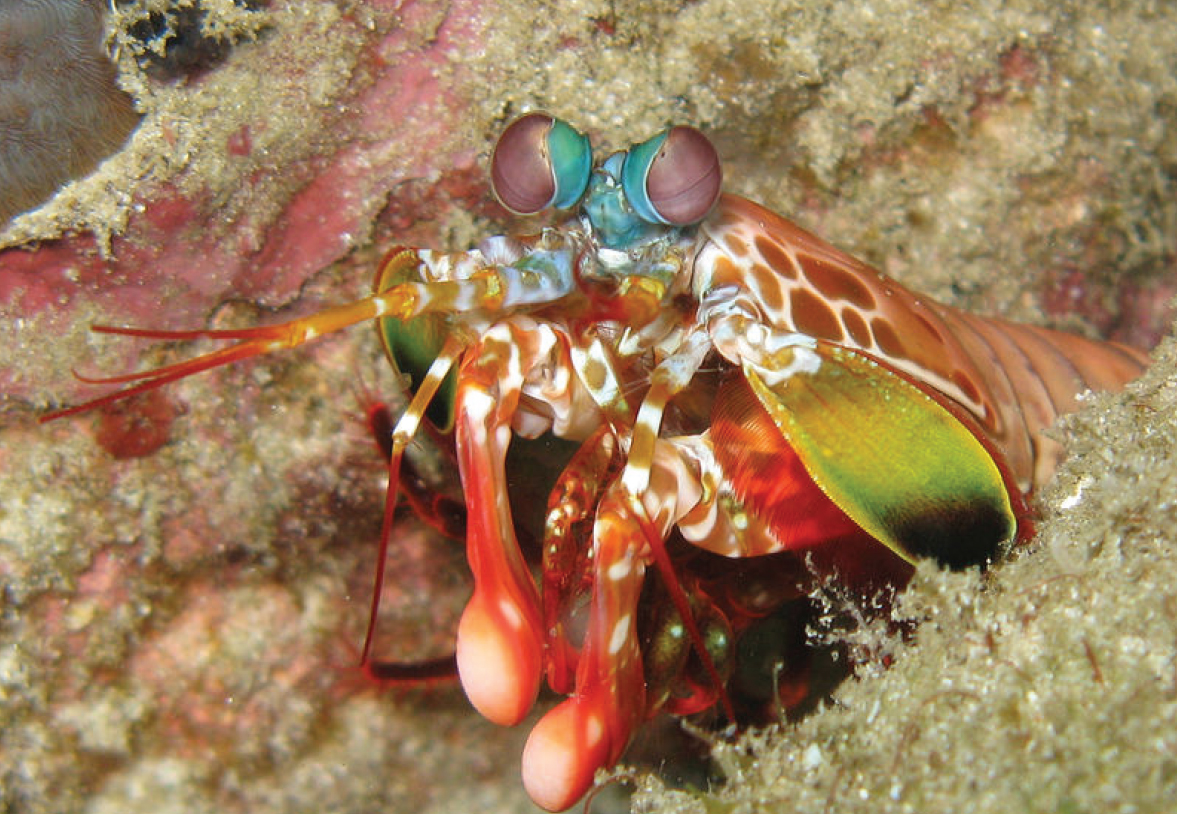 Many birds and some primates and other mammals mate with one partner for life, but such monogamy is rare in the animal kingdom. Most animals, including nearly all sea creatures, lead more promiscuous lives, trying to have as many offspring as possible. Having lots of offspring with different mates increases the likelihood of long-term survival for an individual’s genes and its species.

But some mantis shrimp species buck this trend, instead settling down in male-female pairs further away from coral reefs—where their main food sources live—than biologists might normally expect. But why? One common reason for animal monogamy is the greater chances for offspring survival if parents care for their young together, even if they have fewer babies overall. Another is avoiding predators. Spending time looking for a mate may put an animal at greater risk of being caught by a predator. And mantis shrimp shells aren’t as hard as other crustaceans’ more protective exoskeletons.

A timeline that approximates when different mantis shrimp traits evolved indicates that mantis shrimp began living away from nearby reefs around the same time they had begun pairing up for life. Only later did they start co-parenting. That discovery suggests their monogamy probably evolved from a need to avoid predators. Evolutionary science is inexact, so other pressures could have influenced mantis shrimp monogamy. But not becoming a meal is a pretty good reason to settle down with a lifetime partner—and ensure your genes make it into the next generation.