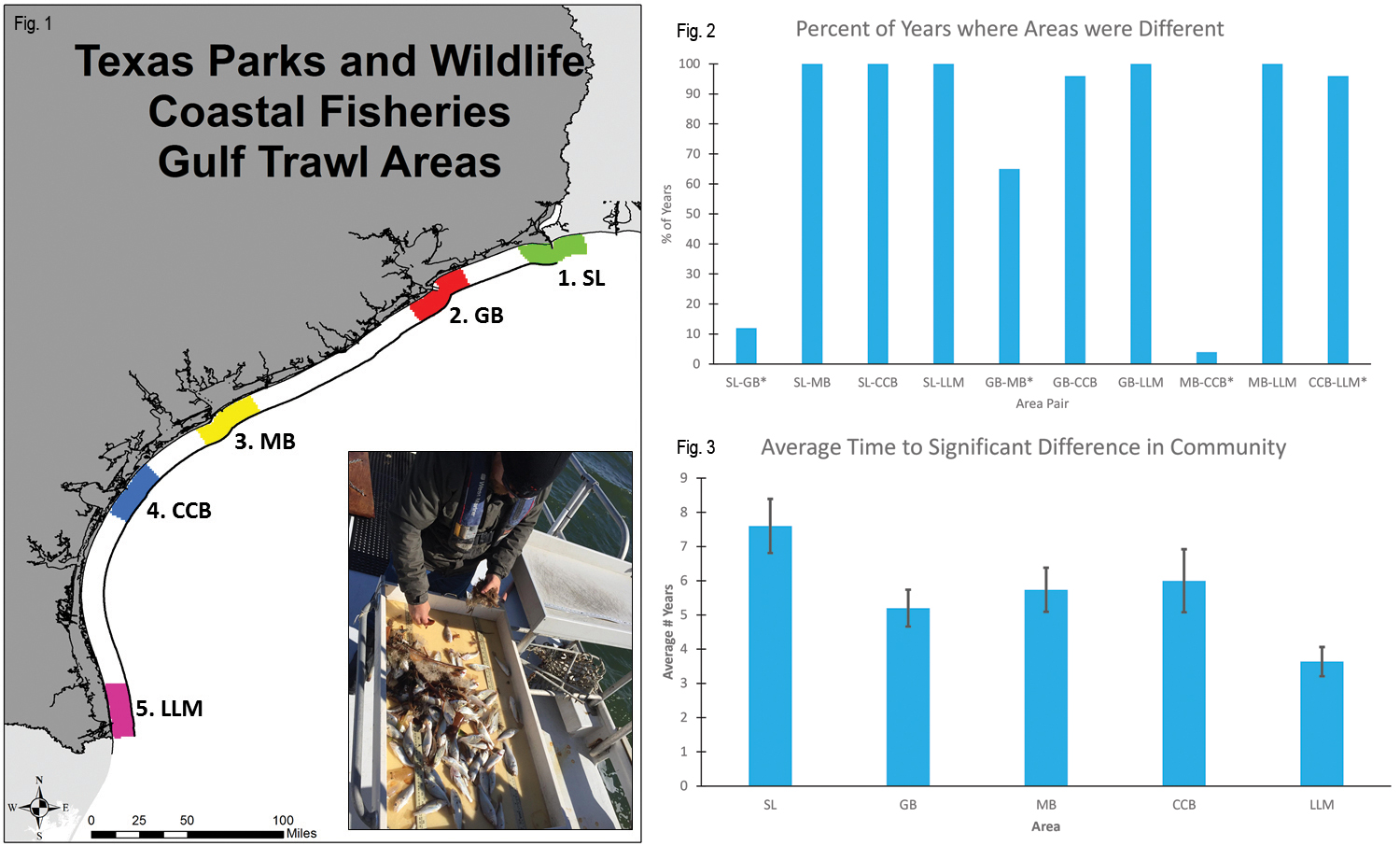 Figure 2. Percent of years where paired areas were significantly different from one another. Area pairs where areas next to one another are indicated with *.

Figure 3. Average number of years for each area before a significant difference in the marine community is detected. Error bars show + 1 standard error for each average value.

It’s a beautiful day and you’re out enjoying our wonderful Texas bays and marine waters when you notice Texas Parks and Wildlife Department (TPWD) Coastal Fisheries staff setting gill nets, pulling trawls, or dredging for oysters. You may wonder what they are doing and why. You most likely saw us collecting data for our long-term fishery-independent monitoring program. Our program is one of the most robust and longest running marine fisheries data sets in the entire world! TPWD collects data using a variety of gear types including gill nets, bag seines, and trawls and uses them to help maintain a sustainable harvest of our Texas fisheries while conserving the biodiversity that makes our Texas waters so special. Anglers usually see these datasets in the form of trends in an individual species over time or across the Texas coast, but TPWD also uses these datasets to help understand patterns in entire marine communities. Often the actions we take affect more than just the species they target; they can affect a wide variety of other species that are part of the same marine community. Some actions might also impact areas of the coast differently than others due to the unique communities present in those areas.

To better understand these communities in our Texas offshore waters, TPWD uses data from multiple gear types. Last month Ryan Easton introduced you to our Gulf SEAMAP bottom longline sampling program, which collects data in nearshore waters off the Texas coast. The study reported this month uses data from our Gulf trawl sampling program. This dataset allows biologists to investigate how these communities vary across space and time. For the Gulf trawl survey program, TPWD collects 16 samples every month in state waters offshore of five areas spread out along the Texas coast: 1) Sabine Lake (SL), 2) Galveston Bay (GB), 3) Matagorda Bay (MB), 4) Corpus Christi Bay (CCB), and 5) lower Laguna Madre (LLM) (Figure 1). We collect 192 total trawl samples in each area every year for a total of 960 trawl samples for the entire Texas coast. After each sample is collected, TPWD staff count and measure the species collected by that trawl (Figure 1). For our analysis, we focused on a group of 20 species that make up 90% of the fish typically caught in these trawls along with some recreationally and commercially important invertebrates like shrimp and crabs. This group included angler favorites like the red snapper along with less commonly targeted fish like Atlantic croaker, Atlantic moonfish, and star drum. Most gulf trawl samples TPWD collects will have several of these species in them, but one sample might have more Atlantic croaker while another might have more white shrimp. The patterns in which species are found in higher or lower numbers gives us a picture of the marine community at the time and place the sample was collected.

Studying these types of patterns in whole communities along with the trends for individual species helps TPWD understand how to maintain sustainable populations of commonly targeted species that are part of diverse communities.  By understanding how communities differ across time and the Texas coast, TPWD can more effectively manage our unique ecosystems and keep the waters of Texas healthy for years to come. And remember life’s better outside!