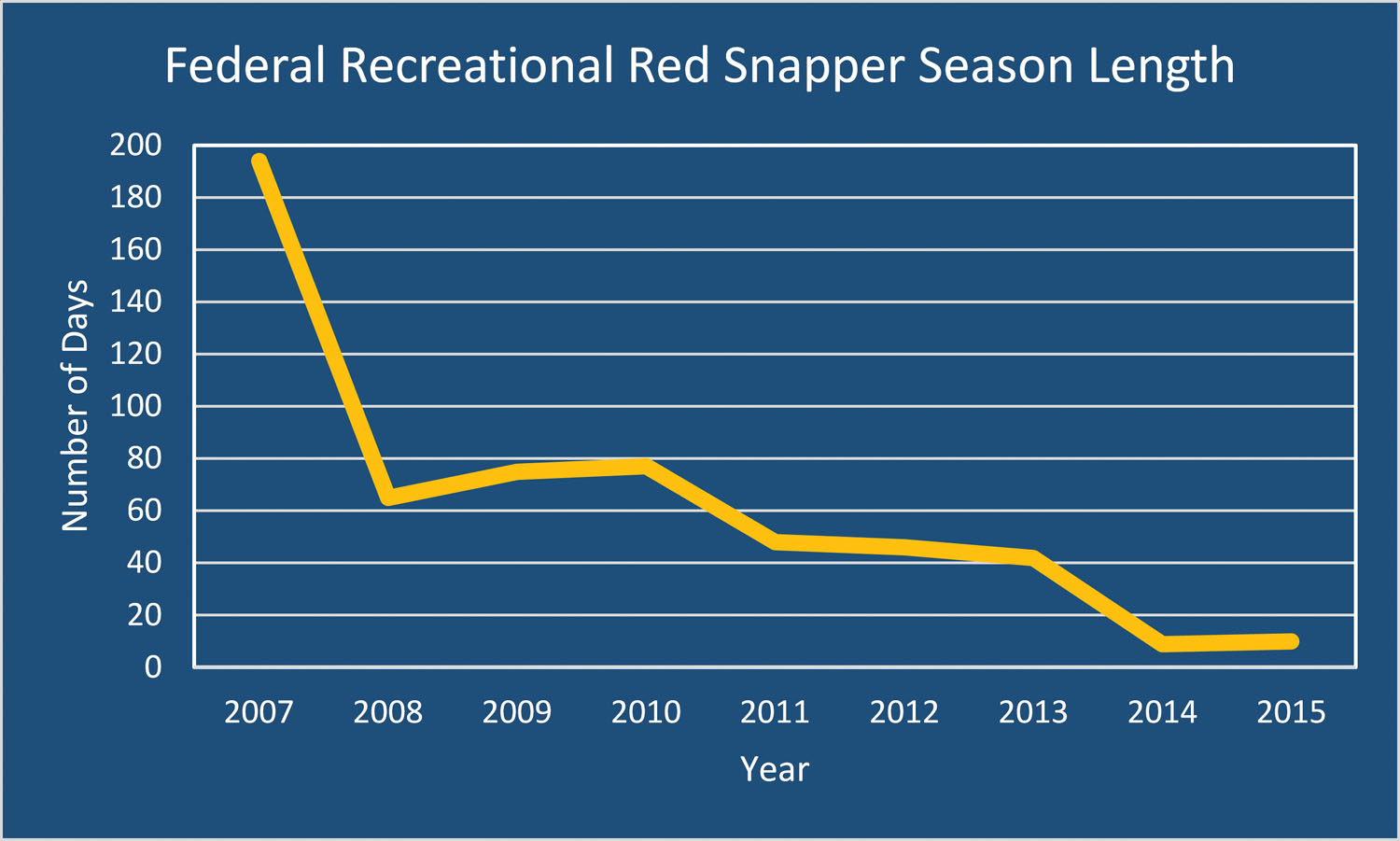 During the 2014 red snapper season Texas Parks and Wildlife Department (TPWD) asked red snapper anglers to log onto the TPWD online snapper survey site (https://apps.tpwd.state.tx.us/snapper/) upon returning from a fishing trip to report the number of red snapper caught in both state and federal waters.

TPWD routinely conducts creel surveys to monitor fishing effort of a variety of species, including red snapper, but having the ability to collect self-reported catch data online introduces additional efficiencies in data collection and has the potential to reach a large number of anglers compared to more traditional data collection methods. The TPWD online snapper survey site was created in an effort to improve estimates of the total recreational harvest of red snapper that can be used in validating current harvest monitoring programs, planning future harvest monitoring programs, and further assisting in the overall management of the fishery.

Then, in 2015 TPWD partnered with the Texas A&M Corpus Christi's Harte Institute to use the mobile application iSnapper, in an attempt to reach a larger populous of recreational anglers. iSnapper had been previously used in a pilot study in the for-hire industry to determine if electronic devices could accurately collect recreational fishery data. The pilot program quickly became a success, and shortly thereafter was revamped to include real-time data collection and to also give the private recreational sector an opportunity to provide data to help improve red snapper management. To do this, iSnapper was redesigned and now includes user-friendly features for recreational anglers to easily and quickly enter their catch data. In 2015, 393 individuals registered to use the app with 171 trips submitted during the federal season, and 95% of those trips were submitted by private recreational anglers from Texas. Additional app features include a trip/catch log, trip statistics, local weather reports, ability to save fishing photos and share fishing updates on social media. Download free at www.iSnapper.org.

The red snapper season is open year round in Texas state waters (15" minimum and daily bag limit of four), however, regulations differ in federal waters (outside 9 nautical miles). The Gulf of Mexico Fisheries Management Council, which is made up of representatives from the five Gulf States and the National Marine Fisheries Service (NMFS), manages the red snapper fishery in federal waters. Federal recreational fishing regulations for red snapper are more restrictive (16" minimum size limit and a daily bag limit of two and a very limited fishing season). Although recent stock assessments show there are increasing abundances of red snapper, due to more restrictive seasons (Figure 1), the age structure of the population is getting larger. And, the Annual Catch Limit is being reached much sooner because much larger fish are being landed. As a result, this has led to conflict amongst user groups involved in the red snapper fishery. In federal waters, NMFS determines the red snapper season based on fish abundance data collected by both state and federal agencies, and based on that fish abundance data, NMFS determines a total poundage of red snapper that can be harvested from the Gulf and sets the season in federal waters based on historical landings. NMFS has attempted to alleviate tensions between user groups in the past by improving and refining the recreational catch data survey processes.

Your use of iSnapper in both the for-hire industry and recreational private sector will give TPWD additional data that will be used to validate red snapper landings data collected during our routine creel sampling program. A more precise estimation of recreational landings will result in a better understanding of the fishery and will allow scientists to continually improve the sustainable management of the red snapper fishery. Thereby using iSnapper allows you, the angler, the opportunity to ensure that future generations of anglers have the opportunity to experience the excitement of catching this highly sought after species, not only along the Texas coast, but in the entire northern Gulf of Mexico! Help us make your catch count!

For additional information concerning federal fishing regulations, please contact the Gulf of Mexico Fishery Management Council at (888) 833-1844 (toll free) or visit them online at www.gulfcouncil.org If you have any questions regarding the red snapper fishery and/or regulations in Texas state waters or the iSnapper app, contact the TPWD Coastal Fisheries Division at (512) 389-8575.