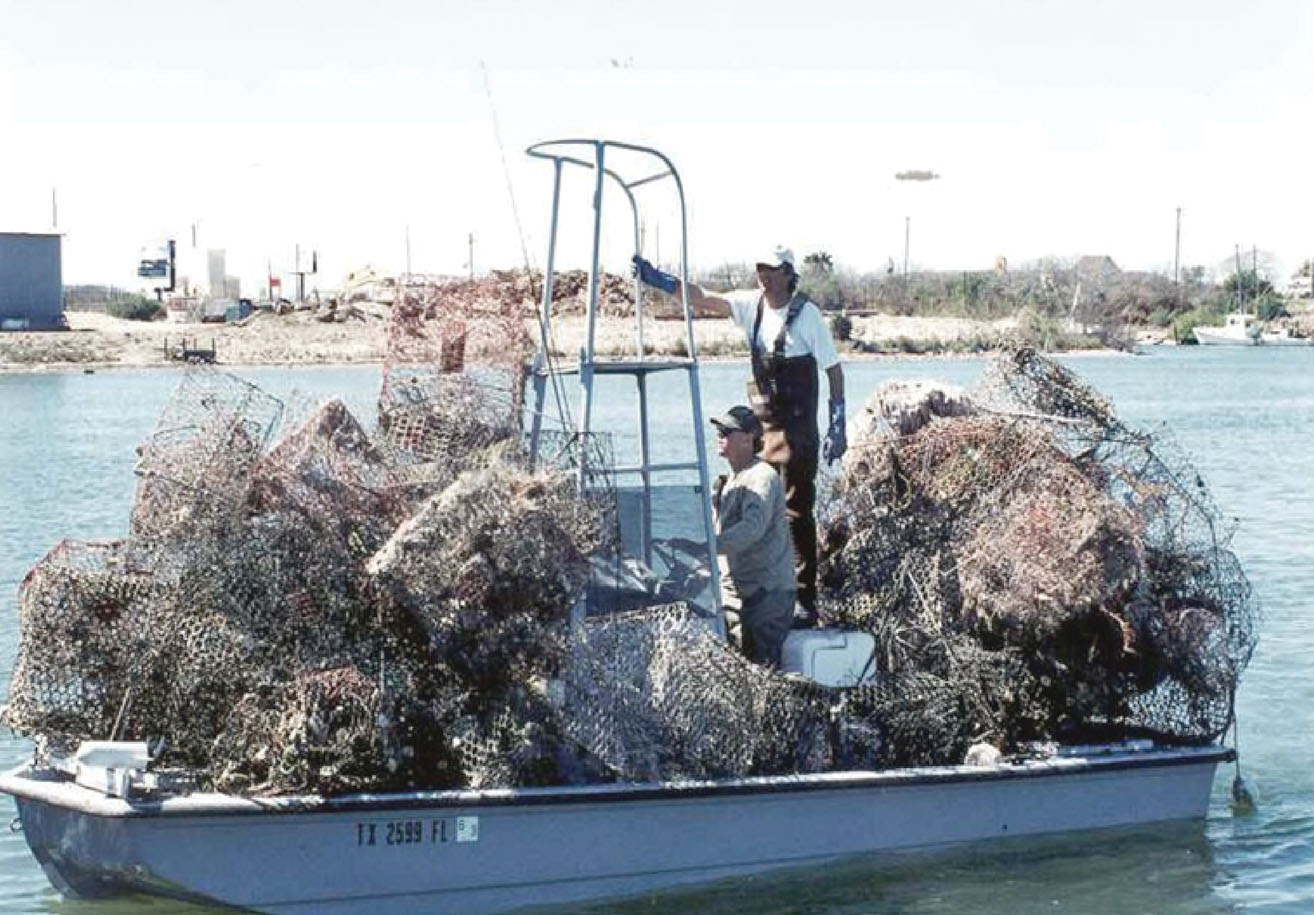 Since 2002 the Texas Parks and Wildlife Commission has mandated a closed crab trap season in Texas' coastal waters for ten days every February. During this period, all crab traps remaining in the bays are designated as "litter" and subject to removal and disposal. The idea behind this closure is to remove lost or abandoned traps from the water, which in turn would preserve crabs and other marine resources, reduce damage to boats and equipment, and remove unwanted debris from the bays.

Ghost fishing is the concept that crab traps continue to catch and kill crabs and bycatch, even after they become lost or abandoned. Research from Louisiana showed that on average 26 blue crabs were caught and killed from ghost traps. In addition to loss of marine life, traps left in the water without floats become a hazard to outboard motor vessels and sport and commercial fishermen. The sight of rusty old traps in the water or on islands can negatively impact the beauty of coastal waters that many bay users have come to enjoy.

In order to assist volunteers in locating traps for removal during the closure, Texas Parks and Wildlife Department (TPWD) conducts aerial survey flights over the Texas coast in the week preceding the closure. This photo was taken in February 2002 over Espiritu Santo Bay in the central Texas coast, prior to the first trap removal event. Note the concentration of traps throughout the bay system. Three years later, in February 2005, this was the observation found over the exact same area; dramatic evidence of the success of the trap removal program in only three years.

Volunteers are the heart and soul of this program; they are essential both removing traps from boats on the water and on land helping coordinate trap crushing and disposal. Since 2002, over 22,000 traps have been removed coastwide, with the help of 1702 volunteers. Both numbers of traps removed (columns) and numbers of volunteers (red line) have declined over time; a measure of the program's success fewer traps mean cleaner bays.

In addition to removing traps, TPWD biologists have collected data from abandoned traps in order to document trap condition and numbers of bycatch organisms found in these traps. Over 3,675 organisms were removed from the more than 1,700 traps observed. Blue crabs, live or dead, were by far the dominant species, accounting for nearly 53% of all organisms. Stone crabs were the second highest at almost 21%. Sheepshead, a popular sport and commercial finfish, accounted for 8.2% of organisms found.

The 2009 trap removal program is scheduled for February 20 through March 1, 2009. Volunteers are needed to remove traps across the coast, and specific drop-off locations in each bay system are still to be determined. For more information you may contact: