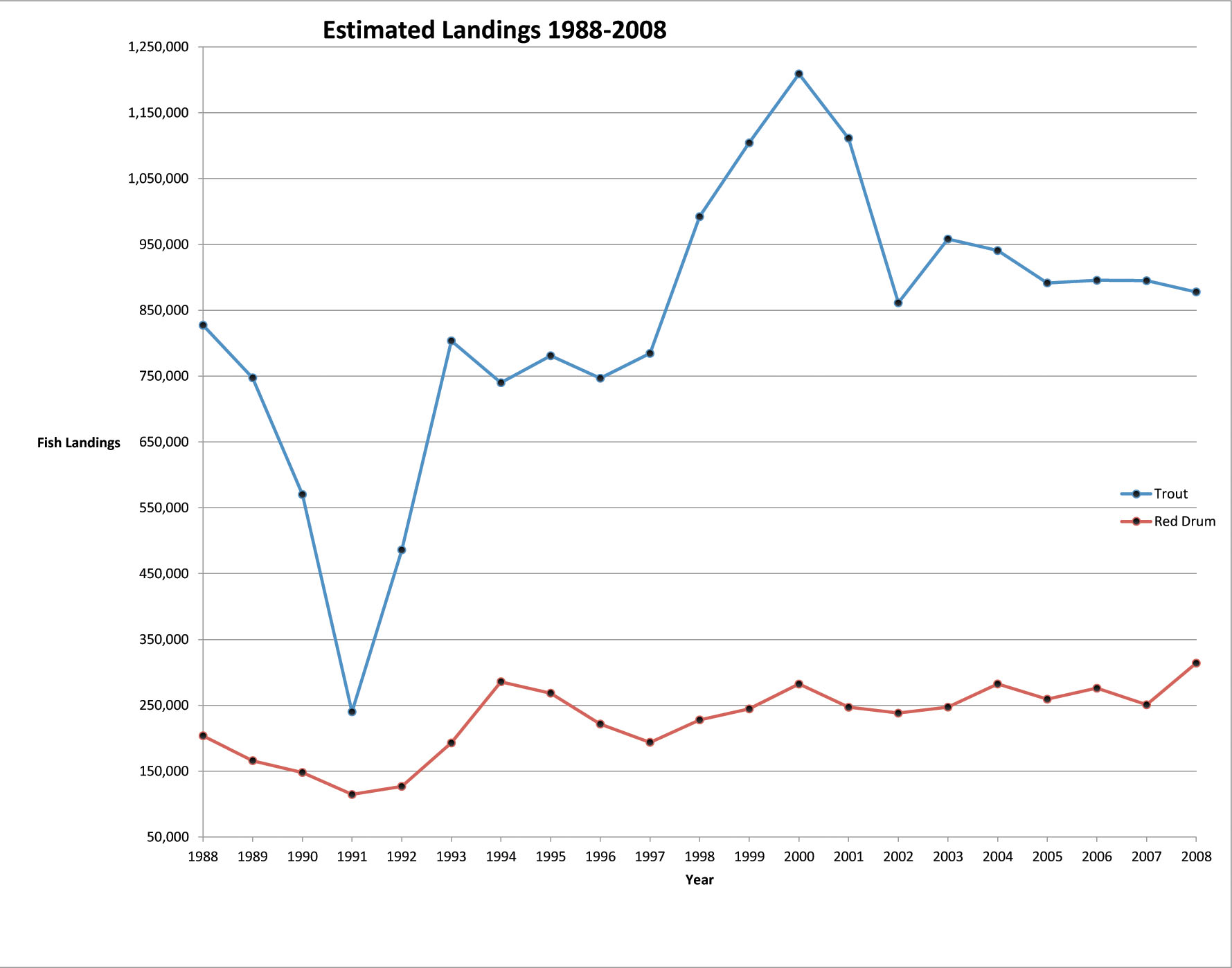 If youre one of the lucky people in Texas who frequently fish our coastal waters and launch your vessel at boat ramps, then most likely as you exited the water you were interviewed by the Coastal Fisheries Division of the Texas Parks and Wildlife Department (TPWD). Working as a summer intern with the upper Laguna Madre ecosystem team I had the privilege to be a part of many harvest surveys, also known as creel surveys. One of the enjoyable aspects at the boat ramps was watching anglers show off their fish box full of spotted seatrout and red drum and seeing how much they enjoyed a great trip on the water. During the 14 eight-hour surveys I assisted with, I came to realize the anglers participating in the surveys all posed similar questions. The most common questions being: Why does TPWD perform these surveys, and more importantly, what is done with these data and how are they interpreted?

Harvest surveys obtain necessary information for the effective management of recreational and commercial fisheries in Texas. This is accomplished by completing on-site trip-ending interviews of sport boat anglers at multiple boat ramps along the Texas coastline including private and party (guided) boats exiting the states bay and gulf waters. Survey questions are designed to estimate annual daytime fishing pressure (hours per person spent fishing), landings (number of each species harvested), catch rate (number of each species caught per person), and fish lengths (measured nose to tail in millimeters).

Where do all the data go once they are collected? Annually, Coastal Fisheries staff evaluates trends among fishing pressure and catch rates of individual species. These trends are used to identify concerns with individual species and can be addressed through the formal regulatory process if necessary. After several rounds of editing and database entry, data are compiled and published every 5 years with 2008 being the most recent compilation.

Lets look at some data spanning the 20 years from 1988 to 2008. An average of 9,511 private trips (comprising 22,788 individual anglers) and 625 party boat trips (approximately 2,344 anglers) were recorded annually along the Texas Gulf Coast. Annually, for every one guided trip, private boat anglers made 15 trips. Total estimated landings per year are calculated using actual harvest survey data at ramps as well as adjustments for estimates of landings and pressure when actual surveys are not conducted.

Through my observations during the internship, most anglers seemed concerned about fish and shellfish populations, fish lengths, and, most notably, if TPWD was going to reduce the bag limits on spotted seatrout.

It should come as no surprise that the two most sought after species along the Texas gulf coast are spotted seatrout (Cynoscion nebulosus) and red drum (Sciaenops occelatus) comprising almost 79% of what surveyed anglers were seeking during their fishing trips. Annually, private anglers landed an estimated 632,430 spotted seatrout and 178,900 red drum and guided boat anglers landed an estimated 236,620 spotted seatrout and 50,435 red drum. Landings of trout and red drum appear to remain stable, with the exception of the 1989 winter freeze that hurt catches for years following the freeze and a rise in spotted seatrout landings from 1997-2002 stemming from increased license sales as well as a possible trophy trout fever after a state record trout was caught in 1996 (Fig. 1). Given the landings data and along with record spotted seatrout recruitment rates (the number of new juvenile fish reaching a size/age where they represent a viable target for the sport fishery) being reported along the gulf coast in the last three years, it would seem that our gulf coast fishery has the ability to support the current fishing pressure of our anglers.

The average annual total length of harvested spotted seatrout and red drum between 1988 and 2008 has remained at approximately 17 and 23 inches, respectively. While talking about lengths, another comment anglers routinely made was the high number of undersized spotted seatrout they caught and had to throw back. Often in properly managed fisheries there can be a stockpile of fish right below a minimum length limit as observed with spotted seatrout. However, the length limit is in place to allow for the younger spotted seatrout to reproduce at least once before reaching a harvestable length of 15 inches.

One of the many things that I took away from my internship with TPWD was that fish populations are very fluid, increasing and decreasing from year to year, not only affected by anglers but also environmental factors. As the population of Texas grows, the number of anglers and amount of pressure placed on our fisheries will increase as well. This illustrates how important it is to monitor our fisheries for the possible need of regulation changes, not only for current use but for future generations. The information gathered from these surveys is necessary to protect our coastal fisheries and could not be obtained without the help of public participation. So, the next time that you pull up to the boat ramp after a great day on the water and you see a TPWD staffer heading your way, be sure to share your trip with them and dont forget to show off your fish box.