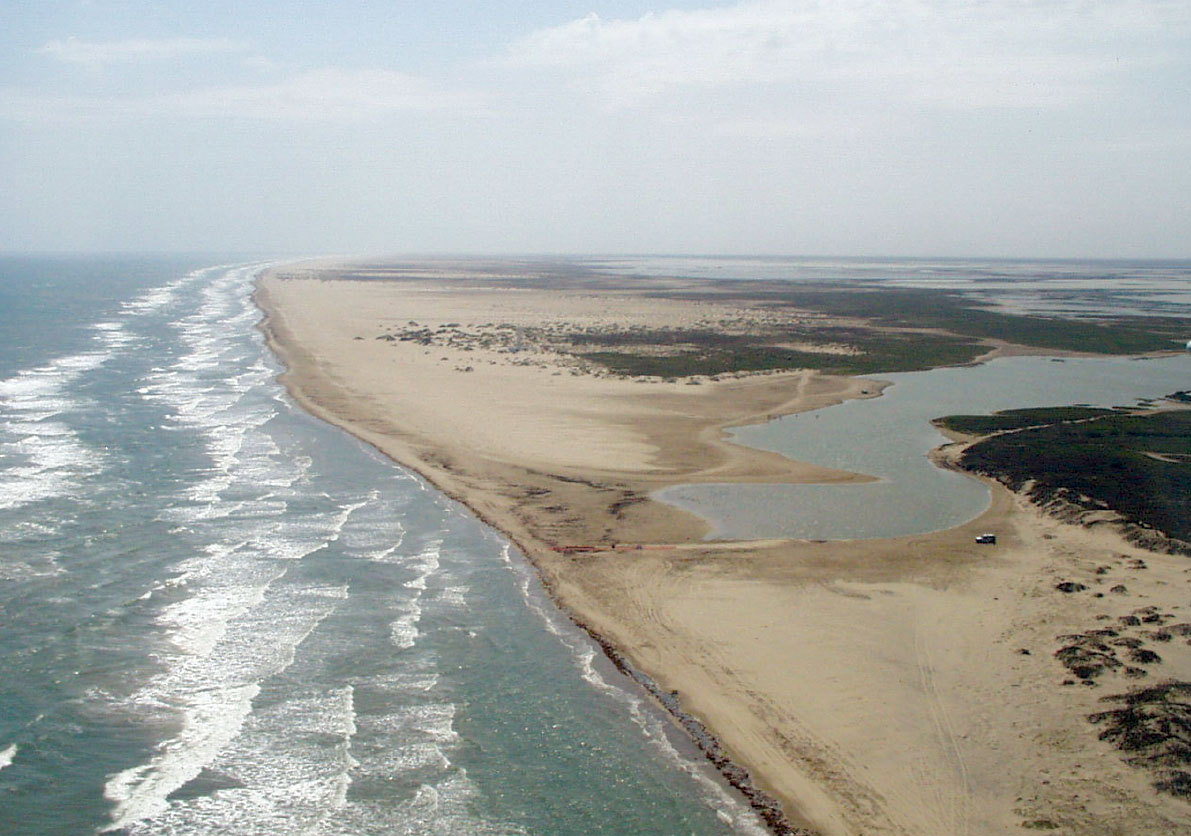 Mouth of the Rio Grande.

Texas has evolved in its thinking about the importance of environmental flows. In the not too distant past, the conventional wisdom, at least among water developers, was that any drop of water that made it to the coast was a drop of water wasted. When the mighty Rio Grande ceased to flow to the Gulf of Mexico in 2001 (picture below), the debate seemed to shift from whether environmental flows should be protected to how environmental flows should be protected. More than one attempt was made to find consensus on the issue but finally during the most recent legislative session success was achieved. Article 1 of Senate Bill 3 is a culmination of careful and deliberate work by a core group of dedicated and diverse stakeholders and is endorsed by interests ranging from environmental groups to water developers.

For the first time in Texas Senate Bill 3 sets out a comprehensive, statewide approach for reserving sufficient water to protect environmental flow regimes for Texas rivers and bays. An "environmental flow regime" is a schedule of seasonal and yearly river inflows that reflects seasonal and yearly fluctuations adequate to support a sound ecological environment and to maintain the productivity, extent and persistence of key aquatic habitats. For example, to support a sound ecological environmental in an estuary like San Antonio Bay (see picture below), seasonal freshwater inflows needed to maintain salinity gradients in the bay are important. See the March 2005 issue of Gulf Coast Connections article "Freshwater Inflow Needs Studies The Texas Bays and Estuaries Program" for a description of how environmental flows are determined.

The new legislation creates the Environmental Flows Advisory Group (Advisory Group for short), consisting of house and senate members, governor appointees and a member each from Texas Parks & Wildlife Commission, Texas Water Development Board (TWDB) and the Texas Commission on Environmental Quality (TCEQ). The Advisory Group will conduct public hearings and specifically address ways to ensure ecological soundness of river, bay and estuary systems. The Advisory Group is also required to issue a report by December 1, 2008, summarizing hearings and studies, proposed legislation, progress in implementation and any other findings and recommendations.

Senate Bill 3 also calls for the creation of the Texas Environmental Flows Science Advisory Committee (Science Committee). The Science Committee, to be appointed by the Advisory Group, will develop recommendations to provide direction and consistency to existing environmental flow methodologies and programs at TCEQ, TWDB, and TPWD and the work of basin and bay expert science teams.

The Advisory Group is directed to appoint bay and basin stakeholder committees for the first phase of baybasin systems by November 1, 2007. The Trinity/San Jacinto and Sabine/Neches River and bay systems make up the first phase bay-basin systems. Those basin and bay stakeholder committees are required to create expert science teams by March 1, 2008 -- who are then expected to finalize and submit environmental flow regime recommendations by March 1, 2009. The stakeholder committees will submit comments on the recommendations by September 1, 2009 and the TCEQ will adopt environmental flow standards by September 1, 2010.

When the process to establish environmental flow standards for every bay-basin system in the state is complete, Texas will have accomplished something no other state has been able to do: protect environmental flows for future generations.