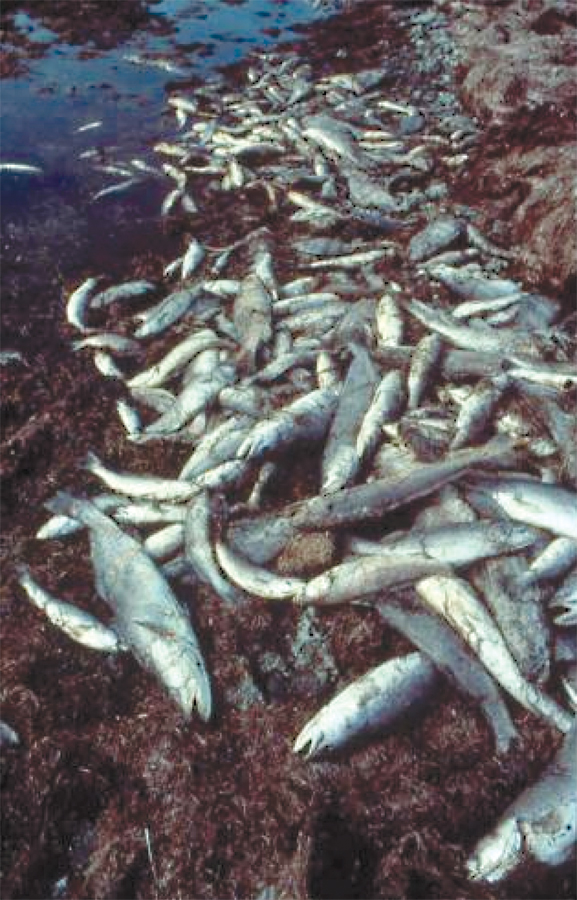 Before the legislature gave TPWD Commission regulatory authority for finfish in 1981, bag and size limits for spotted seatrout, red drum and flounder were set by the Texas Legislature. Marine resource monitoring has occurred in Texas for over a century, with data extending back to the late 1800's, however the program often targeted only important commercial and recreational species (red drum, spotted seatrout, flounder). In the mid 1970's, TPWD Coastal Fisheries implemented standardized long-term resource and harvest monitoring programs and allows TPWD to monitor trends in species diversity and the abundance of marine resources. These monitoring programs better enables Coastal Fisheries to assess the effects of salt water fish regulations, as well as chronicle the effects and recovery from catastrophic events on marine organisms.

In granting TPWD regulatory authority for finfish in 1981, the Legislature directed that the Department manage under the concept of optimum yield (OY). OY requires setting harvest levels that achieve the greatest economic, social and biological benefit. To achieve our objective of managing our coastal resources for OY, TPWD adopted strategies that optimize long-term use and sustainability of different fisheries stocks. Over time, we have realized that the harvest from the sea is not boundless and have adapted to address changing needs and ensure the health, stability and sustainability of our fisheries.

One of the best species to use to demonstrate the change in TPWD management is spotted seatrout (Cynoscion nebulous). TPWD harvest data shows that spotted seatrout is the most sought after fish in Texas. Some of the earliest regulations imposed on the spotted seatrout fishery were local (e.g., cities, counties). From November 1974 to December 1978, there were no statewide size or bag limits on spotted seatrout. The Texas legislature imposed the first statewide bag and size limit in December 1978 (12 inch minimum, 20 fish bag). During the late 1970's and early 1980's, regulations banning the use of drag seines, trammel and gill nets were adopted. These regulations were recommendations based on Coastal Fisheries data and were an effort to eliminate the commercial harvest and reduce the recreational harvest of this species. In October 1980, the Texas Legislature prohibited the commercial harvest or sale of spotted seatrout and red drum.

Following a catastrophic freeze, in December 1983, that killed an estimated 14 million fish coastwide, including 600,000 spotted seatrout, additional management measures were adopted January 1, 1984. To speed recovery of the spotted seatrout population, these measures included increasing the minimum size from 12 to 14 inches and reducing the bag limit from 20 to 10 fish/day. Measures were also adopted to limit unconventional harvest of dead or stunned fish that took refuge in deep water or floated to the surface. These measures included no foul hooking or snagging of game fish and dip nets or gaffs could only be used to land fish caught with legal gear. Coastal Fisheries monitoring program assessed the implemented regulations and the recovery of spotted seatrout (and other species) following the catastrophic freeze.

Two more catastrophic freezes occurred along the coast of Texas in 1989, one in February and another in December. These freezes killed an estimated 17 million fish including almost one million spotted seatrout. To address the impacts of these events and assist recovery of spotted seatrout population, the TPWD Commission raised the minimum size from 14 to 15 inches to ensure most spotted seatrout spawned at least once before entering the harvest. The regulations were assessed through the Coastal Fisheries long-term monitoring program.

The next freeze that caused spotted seatrout mortality occurred in 1997. This freeze killed an estimated 240,000 fish, including 97,000 spotted seatrout, in both upper and lower Laguna Madres. It was determined that no changes in the bag or size limits were needed. Long-term data suggested that the spotted seatrout population could recover without additional regulations.

The three freezes during the 1980's caused significant mortality in the spotted seatrout population coastwide. However, Coastal Fisheries long-term monitoring data indicated that the management measures adopted following the freezes to assist recovery of the populations were very successful. Coastwide populations of spotted seatrout are currently 50% greater than those observed in the 1980's. Because of these successes, Coastal Fisheries can add to its rebuilding and recovery management strategies, additional tools having an emphasis on providing or maintaining a quality spotted seatrout fishery. This marks a shift from a totally reactive approach to management to one that includes a proactive approach. This change can be further illustrated with the 2003 regulations in response to anglers' concerns over the reduced number of large spotted seatrout in landings and the increased take from guided trips. Our long-term trend data did not indicate a biological problem in the fishery, but the opportunity to improve the fishery and respond to a sociological need presented itself. Through interaction and input from anglers (and through the Spotted Seatrout Work Group), TPWD Commissioners took a proactive approach to improve the quality of the fishery (i.e., trophy component). The regulations created a boat limit for guided trips, set a slot limit of 15-25 inches, with one fish over 25 inches in the 10 bag limit. These regulations were aimed at reducing the spotted seatrout landings, increasing the proportion of large spotted seatrout in the population and increase the opportunity for more anglers to catch a large or trophy spotted seatrout.

Besides the 2003 regulations, additional proactive measures have been implemented including freeze associated measures and possible regionalization.

Regional management will allow us to respond to local user needs, attitudes, preferences as well as local fishery conditions. This type of management is not new to coastal fish resources management in Texas. The inshore shrimp fishery is managed regionally. TPWD Coastal Fisheries current monitoring program was designed for management on a coastwide basis. Because of the long-term nature of our program (>30 years), management on an individual or regional ecosystem basis is possible and has been occurring. An initial management measures for snook (implemented as 1 fish bag, 24-28 inch slot) was coastwide, yet the majority of the population in Texas occurs in lower Laguna Madre. This could be considered the first regional TPWD coastal finfish management measures.

Currently, regional management of spotted seatrout is being considered in the lower Laguna Madre. The relative abundance of this species (along with other species) has declined in lower Laguna Madre. The overall numbers of 14 to 16 inch spotted seatrout is increasing yet the overall relative abundance in our gill net surveys, of larger trout, show a continued decline. The fishery in lower Laguna Madre is not in crisis and the stocks are not collapsing. Changes to the current regulations would be a proactive attempt to improve the quality of the spotted seatrout fishery in this ecosystem. Meetings to access the possibility of fishery management changes in lower Laguna Madre have been held. Even though there may be other causes for these declines (e.g., environmental, drought, nutrients, freshwater inflow, habitat loss, overharvesting), TPWD has limited management options to influence change in coastal fisheries populations. These include changes in bag and size limits, establish closed areas, closed seasons, regionalization, and to increase stocking.

This is only one example of how our management strategies have adapted over the last 30 years. Our efforts to maximize spawning success and reduce recruitment and growth overfishing have been reactive to fishing pressure and environmental factors. We have been able to evolve to a more proactive approach in our effort to provide for a quality fishing experience. With our proactive approach to management, we will not compromise the integrity of an ecosystem to achieve fisheries management goals. Our long-term monitoring program and our responsiveness to the biological, sociological and economic components of the fisheries will help us achieve long term stability and sustainability of the Texas marine fisheries for the use and enjoyment for current and future generations of Texas anglers.