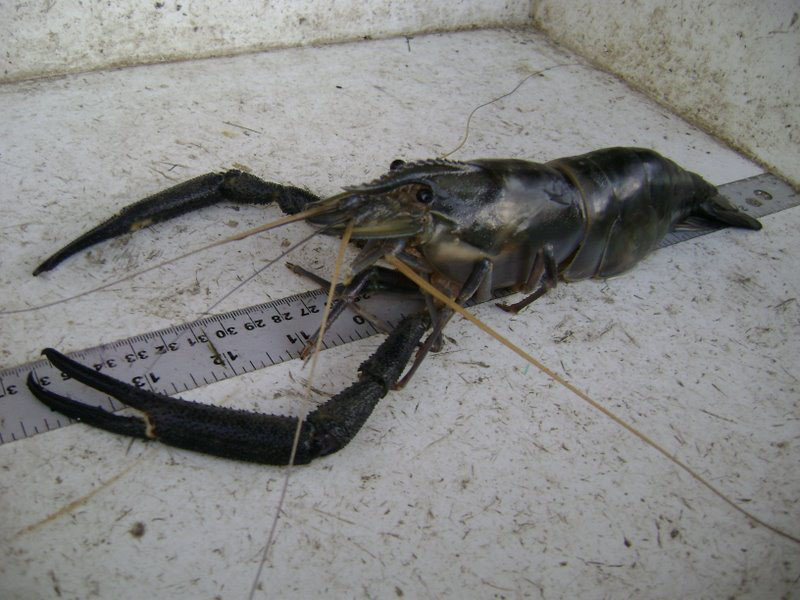 It's been discussed in previous issues of TSF-magazine that freshwater inflows are necessary to maintain the health of the ecosystems we call our bays. They bring nutrients, sediments, and mix with the seawater to create the moderate salinities needed by many species. These are the general impacts to the ecosystem, but how do inflows directly and immediately impact fish and shellfish? Specifically, how do floods and droughts impact fish and shellfish in ways we can readily see?

While the sediment load and nutrients will have critically important albeit indirect and delayed impacts on the marine life, the changes imparted by changing salinity are more immediate and recognizable. Every angler has learned that it can be more difficult to catch fish, particularly trout, when flood waters move down the bay. And the TPWD sampling program indicates that some species may move to avoid the freshwater. This evidence demonstrates a concept associated with variable inflows: As the salinity gradient shifts in response to increased or decreased inflows, so will mobile marine life. In other words, some animals are temporarily displaced by the encroaching freshwater or saltwater plumes.

This displacement can have a significant impact on populations of both fish and shellfish. As salinity gradients change across the bay, so does the availability of suitable habitat for each species. If a species requires a particular salinity range that is decreased due to changing inflows, then that population will have less suitable habitat in which to feed, grow, and survive. In short, growth, survival, and population size may decrease due to limited habitat as a result of changing salinities.

Of course this situation only applies to mobile species. Species of limited mobility do not have the option of moving with the shifting salinity gradient. These organisms, including rooted vegetation, oysters, and benthic species (those creatures living in or on the bottom sediments), have only two options: tolerate the change, or perish. Being an oyster is no box of chocolates.

Mobile creatures, on the other hand, will "go with the flow." In the case of floods, species which require very low salinity will migrate down the bay with the freshwater plume. During this trek they spread out, reduce competition with other individuals, and increase survival.

Most of these "freshwater species" go unnoticed by the average angler in search of trout or reds. Some of these are excellent table fare, some are not usually caught on rod and reel, and others are just members of a community not usually found in the marine habitat. Some of the fish you might encounter down the bay during a flood include blue catfish, common carp, smallmouth buffalo, gizzard shad, white bass, alligator gar, and various sunfish species (see photos). It should be noted that the occurrence of these freshwater visitors varies from bay to bay across the Texas coast.

Blue catfish, Ictalurus furcatus, is the largest catfish species in Texas. The state record of 121.5 pounds was caught in Lake Texoma in 2004 (http://tinyurl.com/2vt2c2). Commonly found in reservoirs and rivers this hardhead catfish look-alike is a frequent visitor to the low salinity areas of upper bays where it can be very numerous. It can be taken with shrimp or cut-bait and is excellent table fare.

Carp, Cyprinus carpio, is not native to Texas, but is well established in most reservoirs and rivers. A member of the minnow family, it commonly reaches a weight of over 10 pounds. It is seldom numerous in the upper bay where it can be found when inflows drop the salinities to near 0. An omnivorous feeder, the carp is seldom sought after in fresh or saltwater, however it is one of the few fish that can be seen "tailing" in Texas freshwater lakes. Despite having edible flesh, its numerous bones usually render this fish persona non grata in the ice chest. It's just as well that it is seldom caught on hook and line in Texas bays.

Smallmouth buffalo, Ictiobus bubalus, a member of the sucker family, like the blue catfish, is a routine visitor in the extreme upper bay area. Not considered table fare, this fish is another bottom feeder seldom caught on hook and line.

White bass, Morone chrysops, a close relative of striped bass, can sometimes be found in the very low salinity areas of the upper bay during high inflow events. They are most commonly less than 2 pounds in weight. This is a highly sought after game fish in freshwater lakes and streams, and makes good table fare. They feed on other fish.

Gizzard shad, Dorosoma cepedianum, are more tolerant of saltwater than the previously mentioned bay visitors. A member of the same family as Gulf menhaden, this fish can often be found miles from the river where salinities may reach 20 ppt. Being a filter feeder it is almost never caught on hook and line. The authors have never known anyone to attempt ingestion of this fish. However, gizzard shad make excellent trotline bait for flathead catfish in freshwater and for snapper offshore.

One of the more common freshwater fish found in Texas bays is the alligator gar, Lepisosteus spatula. This is the largest of four gar species found in Texas reaching a state record size of 320 pounds caught on a trotline in the Nueces River in 1953. The white flesh has good consistency and taste. Gars are difficult to catch on hook and line because of their hard mouths, many teeth, and their preference for stalking prey rather than chasing them. They are a favorite of bow hunters in reservoirs and rivers.

One unusual visitor from the river refuge is the giant river prawn, Macrobrachium sp. Seldom seen, these unusual creatures are members of the same group as crayfish and shrimp and are cultured for food around the world. They can reach a maximum body size of about 10 inches and their claws make them appear much longer. The pictured individual was captured by a wade angler in Matagorda Bay near Port O'Connor.

These are just a few of the many freshwater species which use our bays when the conditions are suitable. Conversely, there are several species of marine fish and shellfish which frequently use the riverine habitat. With this information it's easy to see that the line between fresh and marine habitat is gray and difficult to pinpoint. Not only does the salinity gradient fluctuate continuously, but the animals do also. Few ecosystems are more biologically and chemically complex than estuaries and none are more dynamic.