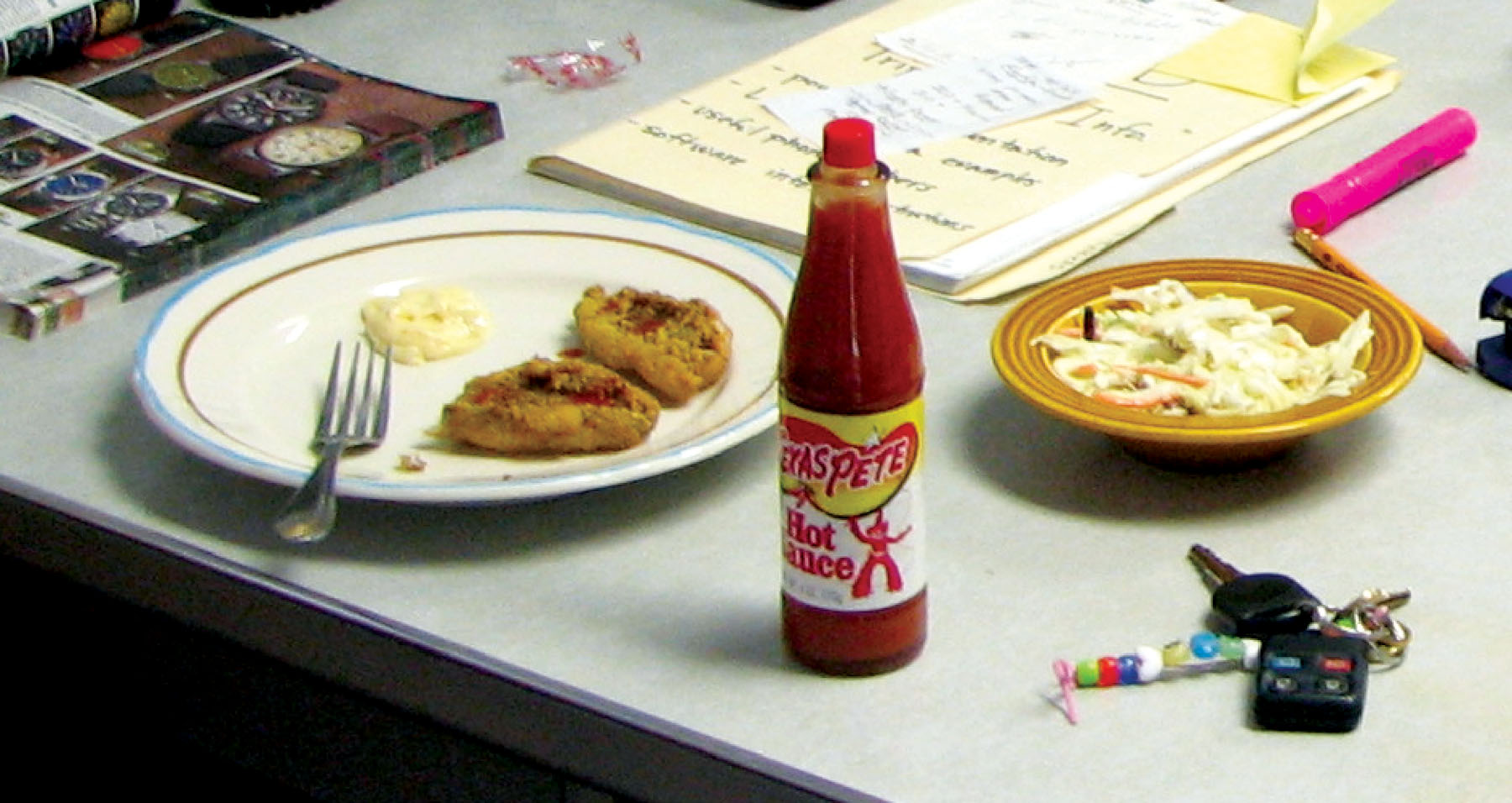 Over the years I have tried foods that most folks would find down right disgusting, including opossum, nutria, lynx, and dried salmon dipped in rancid seal oil, but I had never even thought about eating a hardhead catfish, Ariopsis felis. That all changed one day late last fall after I had a conversation with several winter Texans at a creel survey in Port Isabel. To a man they all swore that hardheads were as good a tasting fish as any freshwater catfish variety. Since I truly enjoy fried catfish, I decided that it was about time I tried hardhead catfish too.

The first step in my culinary journey was to conduct a literature search on the edibility of hardheads. Hoese and Moore's book Fishes of the Gulf of Mexico states that "although they are edible, it is generally considered to be a pest by most fishermen and is rarely eaten." Texas Parks & Wildlife Department's web page (www.tpwd.state.tx.us/huntwild/wild/species) contained all kinds of information on hardheads, including their life history, where and how to catch them, and even the fact that the male carries the eggs around in its mouth until they hatch. Concerning edibility, it said that "while the flesh is edible, it isn't very tasty and the fish is difficult to clean." It wasn't looking too promising for the hardhead to be my next great culinary discovery. However, the only real way to find out if they were edible was to catch a few and give them a try.

Catching them proved to be VERY easy. Hardheads are widely distributed, and are found from Texas to Virginia. They are also scavengers meaning that they will eat just about anything you put in front of them. However, catching some big enough to use in my experiment proved a little harder. For each edible sized one I caught (I had set as my goal at 14 inches since they are mostly head), I caught dozens of smaller ones. By the way, the Texas state record is 4.06 pounds and 23 inches. A word of caution, you must be careful when handling hardheads because they have three spines (two pectoral and one dorsal) that are barbed and covered in a toxic slime. Even a slight nick from one of these spines can inflict a painful wound. If you do get stuck by a hardhead, the book Dive First Responder by Richard A. Clinchy says that you should immerse the injured site in as hot of water as you can tolerate for 30 minutes, then clean the wound thoroughly and treat with an antibiotic.

After I brought my fish home, it took only a couple of minutes to clean each fish. For those of you that have never skinned a freshwater catfish, I will describe the procedure with a modification I made for hard heads. First cut all three barbs off with a pair of side cutting pliers (this will greatly reduce the chance for injury), next cut through the skin all the way around the fish just behind the dorsal spine, and then down the back to the tail, grasp the skin with a pair of pliers (they make ones just for this job) and pull the skin off starting at the head. All that is left then is to cut off the head and tail and clean out the entrails. It's just that easy. What you end up with is a cleaned fish that is about half the length of the original fish. Of course if you want to, you can fillet them like any other fish but I found that pan frying them whole worked just fine and preserved more meat. I prepared the catfish just the way I do most of the fish I eat; I soaked them in milk, rolled them in seasoned cornmeal and pan-fried them.

For my first hardhead fish fry I recruited some friends to take part in the taste test. None of them had ever tried hardhead catfish so this was a first for all of us. As a side note, it is hard to find friends when you tell them to come over for a hardhead fish fry. Go figure. Anyway, my first tentative bite was rewarded by a taste that more than just edible, it was actually GOOD. Like the winter Texans had said, the hardheads were just as good as any freshwater catfish I had ever had. My friends also enjoyed the meal and some even asked for seconds. As a bonus, since the smaller bones stay attached to the vertebra it was very easy to remove the cooked flesh without getting any bones.

So in conclusion, hardhead catfish are a good tasting, easy to clean, and widely distributed fish that everyone can enjoy. Given the ever increasing demands placed on the traditional fish harvested in Texas' bays for table fare (reds and trout), maybe its time we all try something different for supper.

Note: there is a fish consumption advisory for all catfish species in Galveston Bay and the surrounding bodies of water. Therefore you should check the Texas Parks & Wildlife Department's webpage (http://www.tpwd.state.tx.us/publications/annual/fish/consumption_bans/) for further information before consuming your catch.