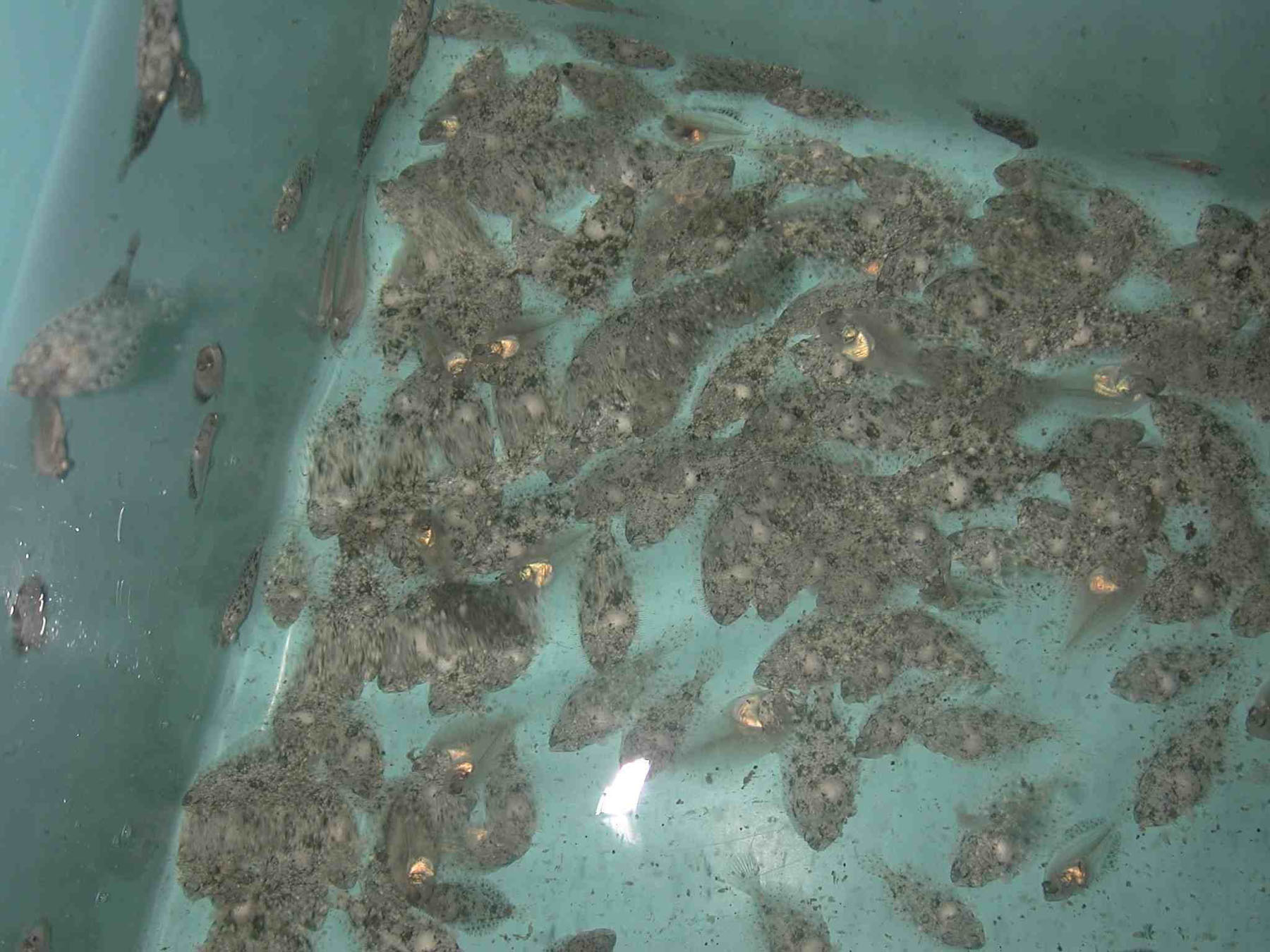 Texas Parks and Wildlife Department (TPWD) managers use the practice of "stock enhancement" as one of the tools to supplement declining wild fish populations. This process involves rearing juvenile fish in outdoor culture ponds, and then placing these young fishes into coastal waters. Some 24 million juvenile fish (2-3 inches long) are released into Texas coastal water, annually; and new research indicates that a significant number of such hatchery-reared fish survive in the wild.

A number of state agencies around the country are currently using or evaluating stocking as a fisheries management tool, and generating some fascinating scientific research. Questions such as what is the best size to release hatchery-reared fishes into the wild, and how many fishes should be released at any given time are being studied. For instance, researchers in New Hampshire are doing some cutting-edge work with a flatfish called winter flounder. Researchers have developed methods to raise them, and are now investigating different ways to release these hatchery-reared flatfishes so as to maximize their survival. One researcher1, Dr. Elizabeth Fairchild (University of New Hampshire) says that actually raising the juvenile flounder, in many ways, is the easiest part of the whole process. She has reported that many questions come into play when the flatfishes are ready to join the wild population in the shallow coastal waters where young winter flounder naturally occur.

Other factors are centered on the idea that fish reared at hatcheries are different from their wild counterparts. Fish typically reared in an aquaculture setting are not exposed to predators; nor have they had to forage extensively for food. In general, factors such as survival, growth, appearance, and health of hatchery-reared fish also differ to some degree from those of wild ones. In all cases, however, the overriding goal of fisheries managers is to improve upon the hatchery fishes' skills and abilities.

In culture ponds, hatchery fishes are reared in large numbers and in predator-free environments. They are fed at optimum levels to increase their growth rates and chances of survival. One vital food source for larval fishes are tiny marine organisms called zooplankton. In the wild, zooplankton densities occur at a rate of 30-50 organisms per gallon of seawater. While in an aquaculture setting, zooplankton densities can be ten times that number. Therefore, hatchery fish have a much easier time locating prey to eat and have to invest only a fraction of their energy to secure food. The energy saved from searching for food can be channeled into metabolic growth. Thus, hatchery-reared fishes tend to have high-end growth rates (Figure 1). Also interesting is that less than 1% of the fishes spawned in the wild actually survive to the age of reproduction. So, when you think about it in those terms, any fish that is caught for commercial and recreational purposes is indeed a very special fish. The odds (a billion-to-one) are very high that a typical marine fish will not survive from the egg stage to reach sexual maturity.

Fisheries managers recognize that for stock enhancement to effectively work, hatchery-reared fishes must be as fit and natural as the wild fish. A great deal of scientific effort is being focused on the challenge of making the cultured fish more wild, and helping the fish make a successful transition from a hatchery setting to the wild. Researchers are examining factors that might make hatchery-reared fishes more vulnerable to predators. At TPWD hatcheries, artificial habitat structures are being placed in rearing ponds to simulate sea grasses and other vertical structures that are common to our coastal waters. In the estuaries, larval fishes are known to congregate around and use sea grasses as primary shelter, and as an area to forage for food. TPWD researchers are comparing the growth and survival of hatchery fish reared in ponds with structures to those reared in structure-less ponds. But the bigger goal is to simulate a more natural environment in the ponds that will help the fish develop avoidance reactions to predators, and to give them some familiarity with their preferred habitats.

One of the questions that Dr. Fairchild is investigating involves the amount of time it takes hatchery flounder to conceal themselves by changing their skin color and pattern and burying themselves in sediment. Do hatchery flounder behave in the same manner as wild flounder? This research has direct application to TPWD's southern flounder stock enhancement efforts and we are asking the same type of questions. One idea that could provide some answers is the use of acclimatization cages in the field, where hatchery-reared fish can be placed for a short period of time (2-3 days) prior to being released into coastal waters. The thinking is that once the fish acclimate to natural conditions, they will be better adapted both physically and mentally to forage on their own, and become more familiar with the neighborhood, so to speak. Also, sometimes, when fishes are released from stocking trailers they are disoriented from stressful handling activities that occurred during pond harvests. During this critical time period, the fish seem particularly vulnerable to predation and could be better protected using acclimation cages.

Other strategies being evaluated include releasing larger sized fishes (3-6 inches), or releasing them several months ahead of when they would normally be present in the estuaries. Predators normally present at certain times of the year may be absent then and the hatchery fishes chances of survival increase.

As part of an ongoing collaborative genetic study2, Dr. John Gold (Texas A&M University) reports that some Texas hatchery-reared red drum did survive through the first year of life in the wild. In 2005, as part of TPWD's marine resource monitoring program-gill net sampling, 200 yearling red drum were taken from Galveston Bay. Dr. Gold genetically identified that 17 (8.5%) yearling red drum recovered in the gill-net samples from Galveston Bay were of hatchery origin.

Fish currently being cultured for purposes of stock enhancement at TPWD's three hatcheries are red drum, spotted seatrout, and southern flounder. By evaluating the performance of hatchery-reared fishes released into the wild, managers may gain a better understanding of the whole stock enhancement process. This course of action could effectively solidify the use of hatchery-reared fishes as a very powerful and well documented fisheries management tool. But in the mean time, TPWD managers and researchers are committed to taking a responsible approach in the use of stock enhancement.