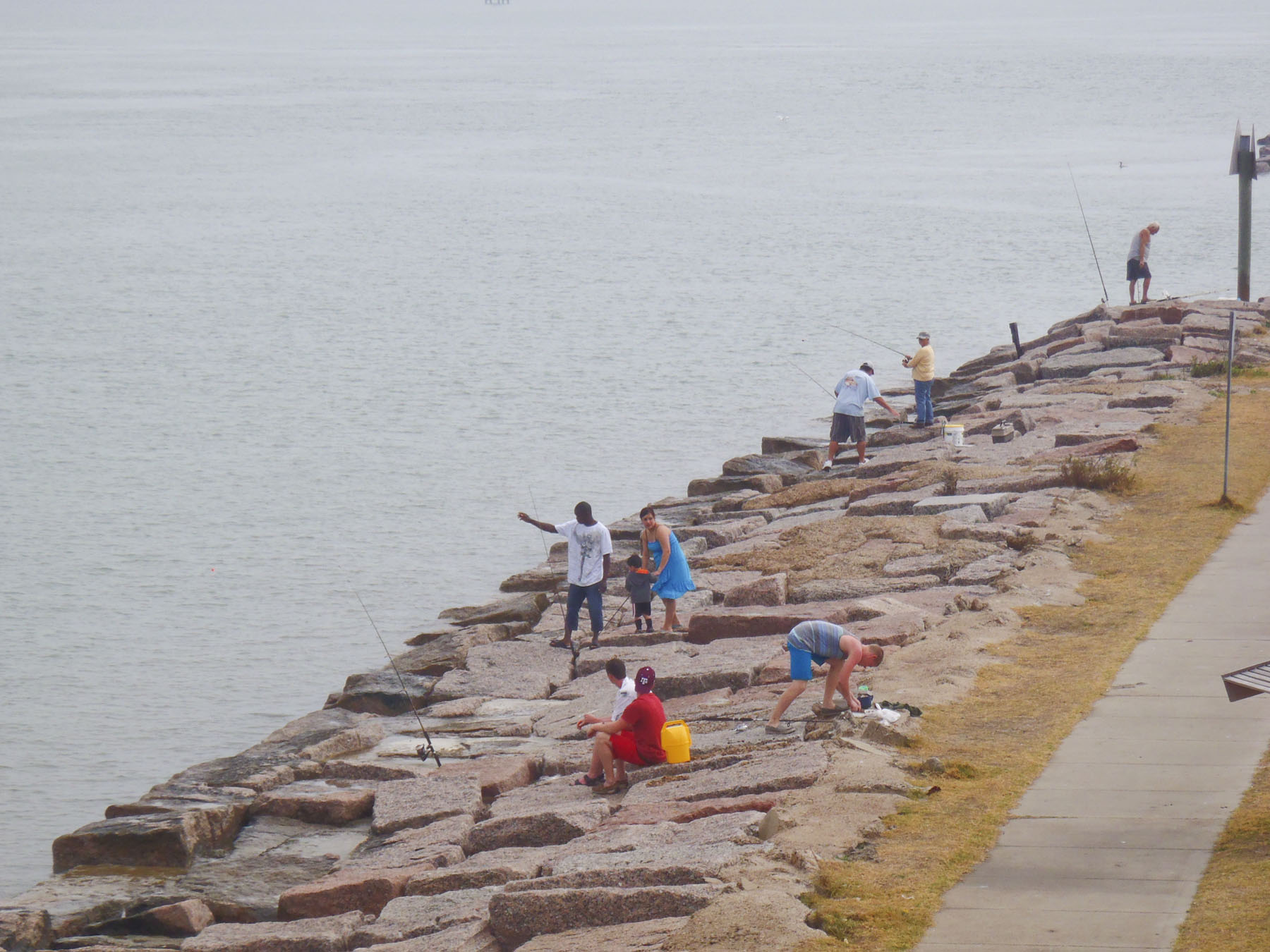 For almost forty years Texas Parks and Wildlife Department (TPWD) has focused its saltwater recreational fishing survey on sport-boat anglers, with the goal of estimating number of man-hours fished and number of fish landed. During formative years 1974-1976 an extensive array of sampling was conducted to define and develop understanding of the rapidly growing coastal sport-boat recreational fishery. Over the years data trends have become apparent that have been helpful in managing this valuable fishery resource. For instance, estimated annual sport-boat fishing pressure has increased from 3.4 million man-hours in 1976-77 to 5.0 million man-hours in 2011-12. The latter year's man-hour effort yielded 1.7 million fish. This type of fisherman (fishing from a boat launched at a boat ramp) accounts for about 70% of all recreational saltwater anglers in Texas.

TPWD has identified other types of fishermen, including boat fishing from residential canals, night fishing (mostly for flounder or from lighted piers), daytime jetty or pier fishing, surf fishing, or fishing from any shoreline access point, either from the bank or by wading. Coastal Fisheries staff has made a couple of concerted efforts to identify shore-based anglers over the past 40 years. Coastwide surveys of these anglers were conducted in 1974-76, 1979-1980 and again in 1990-1991. Spotted seatrout, Atlantic croaker, southern flounder and sand seatrout were the species landed most often during these surveys. Along with red drum, these same species are landed most often by sport-boat anglers as well.

To determine if there has been a change in the number of shore-based fishing trips, Coastal Fisheries staff are planning to repeat the shore-based surveys during the upcoming year. In preparation for the year-long (May 2013-May 2014) study, staff from the eight bay systems from Port Arthur to Brownsville began identifying and compiling lists of bay and pass shoreline, pier, and jetty sites. In order to identify the shore-based sites accessed by fishermen and determine which locations anglers were using the most, fishery staff drove around the entire shorelines of their respective bay system, noted any shore-based access point, and counted anyone with a fishing pole in their hands. The accompanying graph shows that angling pressure at shore-based sites during January and February 2013 was greatest in Corpus Christi Bay and lowest in San Antonio Bay.

These roving counts will continue from now until May 2014. Beginning in mid-May 2013 TPWD staff will conduct fishing surveys (similar to those conducted at boat ramps) at piers, jetties, and stretches of shoreline where anglers were observed during the roving counts. Survey locations will be determined proportionally based on roving counts, so that high pressure sites are surveyed more often than low pressure sites. For example, the Texas City dike and Port Aransas jetties are busy fishing locations that will be surveyed more often than would the Matagorda Bay shoreline near Indianola.

These surveys will be conducted from 10 am to 6 pm, as are the routine boat ramp surveys. We want to determine if this time slot is still the best survey time for both the boat ramp and the shore-based surveys. TPWD staff will survey some of the busiest ramps and shore-based sites from sunrise to sunset. This is called a diurnal survey. It will tell us how many anglers are fishing and what they are catching before the hour of 10 am and after the hour of 6 pm of our standard survey period. These data can then be included as adjustments in our total effort and landings calculations.

Since the shore-based survey will be in addition to TPWD's ongoing boat ramp surveys, the Coastal Fisheries Division has been privileged to be able to hire 11 temporary fish and wildlife technicians coastwide to insure that this project gets completed. Frequent boat ramp users are familiar with TPWD staff and the interviewing process. Old and new staff members are excited about this new project and look forward to seeing familiar faces at boat ramps and new faces at shore-based access sites.