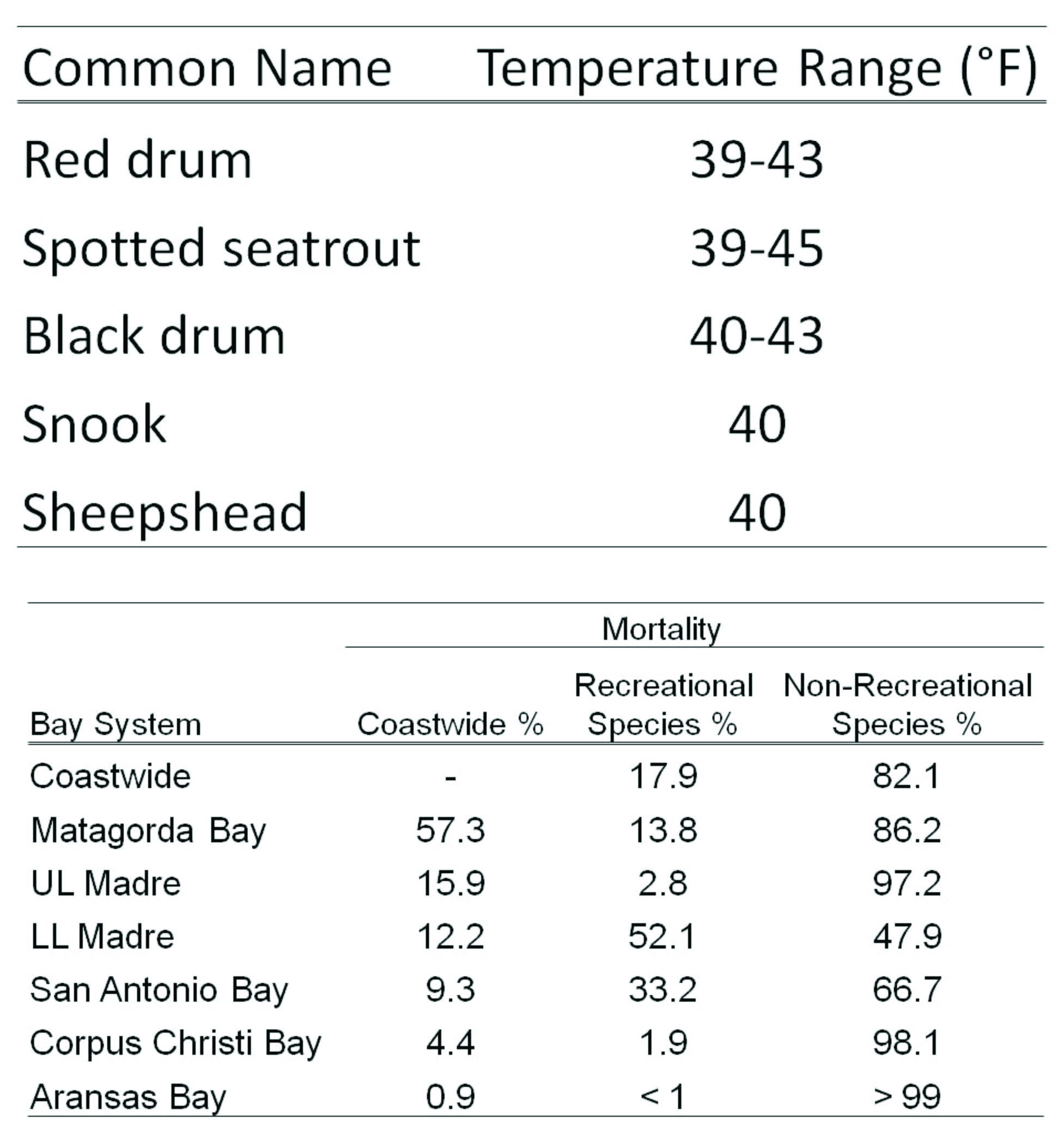 Table 1. Lethal Cold Water Temperature of Selected Local Fish. | Table 2. Percent fish mortality by bay system and recreational identity during February 2011 freeze.
The Texas coastline experienced frigid temperatures between the mornings of Tuesday, February 1, and Saturday, February 5, 2011, as a large arctic air mass made its way across Texas. Temperatures in south Texas plummeted from the 60's (F) early Tuesday morning to the 20's by Tuesday evening. Widespread record low temperatures continued for three days, as the arctic high pressure continued to push south, with most areas remaining in the 20's and 30's during this period. Following a brief period of warming, the coast experienced a second 2-day wave of cold temperatures on February 9th. These extremely cold air masses correspondingly dropped water temperatures throughout the coastal bay systems.

The rapid on-set of low temperatures are one of the greatest threats to marine fishes that are accustomed to the relatively warm waters normally found along the Texas coast. Fish need time to acclimate, or adjust, to changes in water temperature. If water temperatures drop too quickly death can occur because of osmoregulatory dysfunction, which occurs when a fish can no longer control the water going into and out of its body. The lethal threshold for many of our coastal fish is between 39 and 45 F (Table 1). Freezing air temperatures caused bay waters to reach, or fall below, these lethal temperatures, thus causing fish kills throughout the coast.

The predictable approach of the February arctic front enabled TPWD to enact its thermal refuge closure regulation. This temporary closure of fishing in certain deep water areas is designed to protect fish gathered in deep waters that has not reached lethal temperature. Biologists and game wardens observed high compliance by fishermen of this fish protection measure. A complete list of coastal thermal refuges that may be closed during freeze conditions can be found at, www.tpwd.state.us/publications/annual/fish/freeze.

The February 2011 freeze also resulted in the largest number of cold stunned and stranded sea turtles in Texas history. A total of 1,520 sea turtles (1,518 green, 1 hawksbill, and 1 loggerhead) were rescued and rehabilitated. Over 230 turtles were found dead. Sea turtles are cold blooded, and rely on ambient temperature to regulate their body temperature. Low temperatures cause their hearts to slow down and energy levels decrease. Many of the turtles rescued were found in this state and were able to be recovered by being warmed up very slowly (if warmed up too quickly, death can occur). Most of the recovered sea turtles were collected with the help of local sea turtle rescue organizations, volunteers, and state and federal agencies. The rescued sea turtles were kept and rehabilitated in numerous facilities along the coast (e.g. TPWD hatcheries, Gladys Porter Zoo, Sea Turtles Inc., and UT-MSI ARK) and then released once water temperatures increased.Fish mortality is part of the biological cycle and can be beneficial to an ecosystem. When fish die, they decompose and release nutrients which are essential to the maintenance of the ecosystem. Nutrients are supplied back into the system via the production of autotrophs, or producers, and then spread throughout the food web and all levels within the ecosystem. As has occurred in previous freezes, TPWD Coastal Fisheries staff will be using the long-term fisheries monitoring programs to further assess the freeze impact to our fisheries as well as document their recovery.