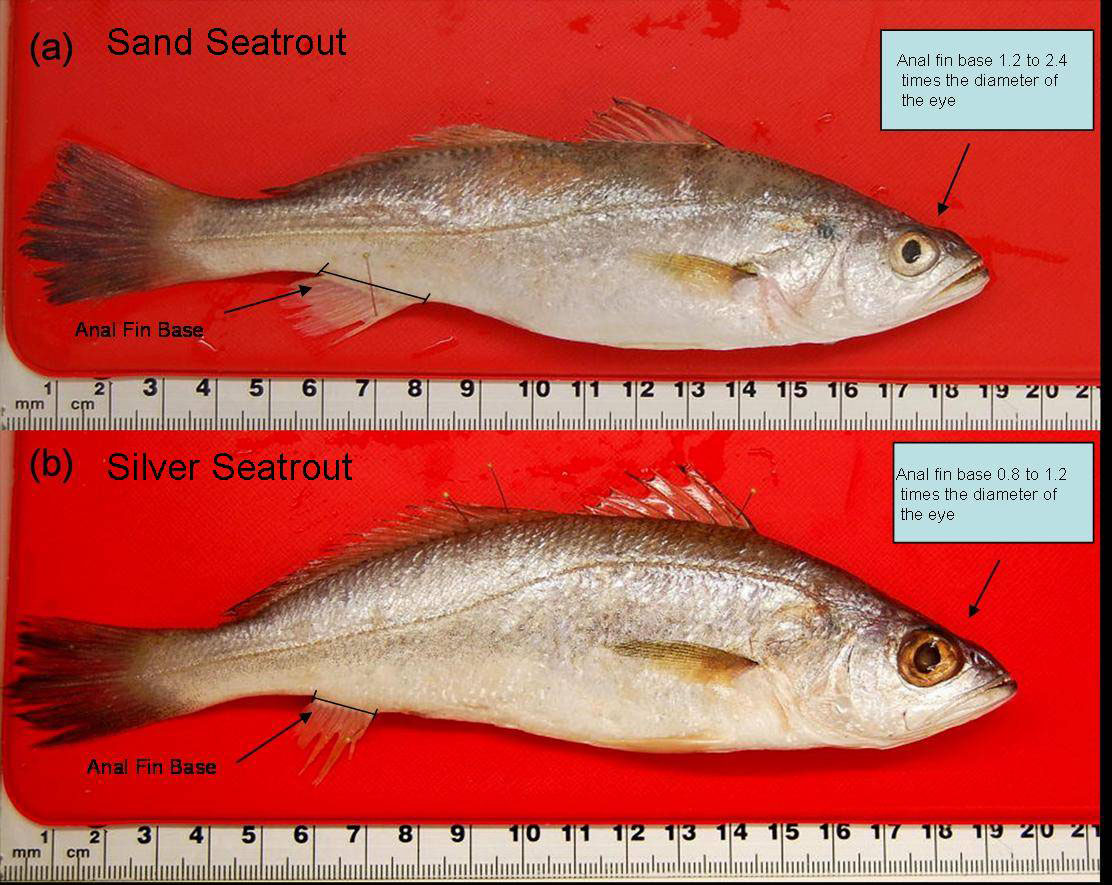 The life histories of these species are also relatively similar, but differ in their preferred habitat, fecundity, maturity, age and growth. Spotted seatrout are commonly found throughout our bays and estuaries and are capable of living up to age nine with a total length of 37 inches. Spotted seatrout are known to be spring/summer spawners, peaking in the spring, producing eggs up to almost two million in a batch, depending on female size. Based on captured spawning individuals, spawning appears to take place over grass beds near shallow channels and passes. Also, spotted seatrout, being the most temperature tolerant of the seatrout species, are reported to migrate to deeper channels and passes in order to evade the temperature extremes of the winter and summer.

Other research being conducted by PRB involves investigating the age, growth, life history and distribution of sand seatrout in Texas. Sand seatrout, unlike the spotted seatrout, are considered more as an intermediate species, living both in bays/estuaries and the offshore Gulf and are capable of living up to age three with a total length of 23 inches. PRB research coincides with prior research demonstrating that sand seatrout are found in areas of lower salinity (i.e. the upper to middle coast). Sand seatrout were found to be spring/summer spawners, peaking in the spring, and producing up to 98,000 eggs in a batch. Spawning has been reported to take place in gulf passes of bays and just within the immediate Gulf. Wind and surface water currents actually work to transport the recently spawned floating eggs into either estuarine or gulf nurseries. Sand seatrout are also known to migrate offshore to evade temperature extremes and return to the bay once the conditions are more tolerable.

All three of Texas' seatrout are similar in a general sense, however, due to specific habitat niches, some differences are distinct (i.e. genetic, adult size, morphology). Hopefully, with the assistance of this read, fishermen unfamiliar with identifying these seatrout can now better distinguish between species.