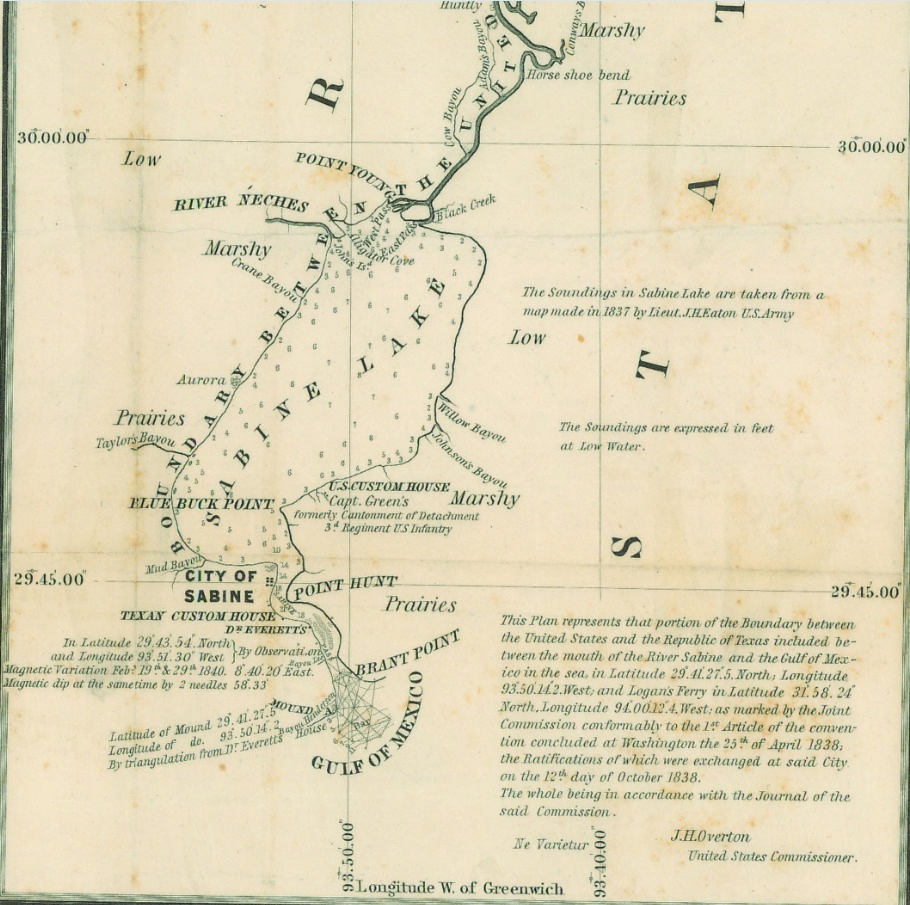 Image 1. Map of Sabine Lake produced in 1840 from surveys done by the U.S. Corps of Topographical Engineers.

Many people probably don’t realize it, but Sabine Lake supports one of the largest unharvested oyster reefs in the Gulf of Mexico. The reef covers approximately four-square miles with sections of vertical relief that approach ten feet off the bottom. Sabine Lake is the freshest estuary on the Texas coast receiving freshwater inflow from both the Sabine and Neches Rivers. This can cause the water of Sabine Lake to remain quite fresh for extended periods of time, which is not optimal for oyster survival. Oysters however are resilient animals that will find the appropriate conditions to settle, grow, and can eventually consolidate to produce a reef if left unharvested.

One of the interesting things about the present-day Sabine Lake Oyster Reef is that it is relatively new. An 1840 map (Image 1) of Sabine Lake and the eastern boundary of the newly-formed Republic of Texas illustrates the existence of a reef that, at the time, was located in the Sabine Pass Channel, and not in its present-day location several miles to the north. Another striking feature of this map is the bathymetry measurements, or the depth of the water, that show the mouth of the pass as shallow as three feet! This shallow mouth bar was not conducive to shipping traffic. In the late 1800s, dredging operations began creating a shipping channel to service the growing industry around Sabine Lake. This also coincided with a sudden and short-lived oyster harvest on par with other major oyster producing areas at the time such as Galveston Bay and Matagorda Bay.

The original Sabine Lake Oyster Reef, located in the channel, was completely harvested by 1904. However, that was not the end of oyster reefs in Sabine Lake, it was actually the beginning of the present-day Sabine Lake Oyster Reef.  After dredging of the main channel had begun, saltwater from the Gulf of Mexico was able to make its way further up into the lake, which shifted the optimal area for oyster growth from the Sabine Pass channel to the southern end of the lake where the reef now grows, just north of the causeway bridge, straddling the Texas/Louisiana border. This relocated reef has grown essentially unharvested for the last 100-plus years.

Though previously off limits, Louisiana began to consider harvesting their side of the Sabine Lake Oyster Reef in the early 2000s because several unfortunate environmental and manmade disturbances, including hurricanes and overharvest, had severely depleted the state’s other oyster grounds. As a result of this push by the state of Louisiana to harvest, Texas Parks & Wildlife Department conducted a year-long study in 2007 to document the ecological value of the reef in terms of habitat the reef provided to fish and invertebrate communities. Samples were collected using an 18 foot-8 inch shrimp trawl that was pulled directly next to the reef (near reef) and at varying distances from the reef (off reef).

Bay anchovy, Atlantic croaker, star drum, sand seatrout, and white and brown shrimp, were the most abundant species sampled overall. Near reef sampling yielded 70% of all collected organisms including fish, crustaceans, mollusks, cnidarians, and bryozoans. Of all the fish collected, alligator gar was the only species taken exclusively from the off-reef area, while 15 fish species were taken exclusively from the near reef area. The results of this study illustrate the ecological value of the Sabine Lake Oyster Reef and its importance to fish and invertebrate communities in the Lake, making a strong case for its preservation.

Many savvy anglers likely know the value of structure, such as oyster reefs, in terms of fish production. The results of TPWD’s year-long study comparing open lake versus reef associated habitats provide insight as to why fishing can be particularly good around an oyster reef. In addition to finding more species in higher abundances at the near reef stations, small animals that may not be captured in a trawl can reside in the nooks and crannies of a reef, and newly-settled oyster spat and other such organisms can attach to the oyster structure; all of which provide a solid foundation for an intricate food web. Crabs and shrimp, which were sampled in much greater numbers at near reef stations, also take advantage of refuge and food availability provided by oyster reefs.  Ultimately, reef habitat supports many of the fish species that anglers target, and though often unseen, it is such an important component for increased fishing benefits and the overall health of an estuary.

In 2018, Louisiana signed a bill into law that makes it illegal to harvest oysters on Louisiana’s side of Sabine Lake, while during this time, TPWD has continued efforts to expand oyster reef habitat in the Lake. In 2015, over 1,200 river rock mounds were placed directly adjacent to the existing reef. This has provided excellent substrate for oyster spat settlement and the consolidation of a new reef has been ongoing ever since. This work will be expanded in the near future through additional cultch placement with the help of Coastal Conservation Association (CCA) and Hurricane Harvey Relief funds that will further ensure a productive future for the historic Sabine Lake Oyster Reef.