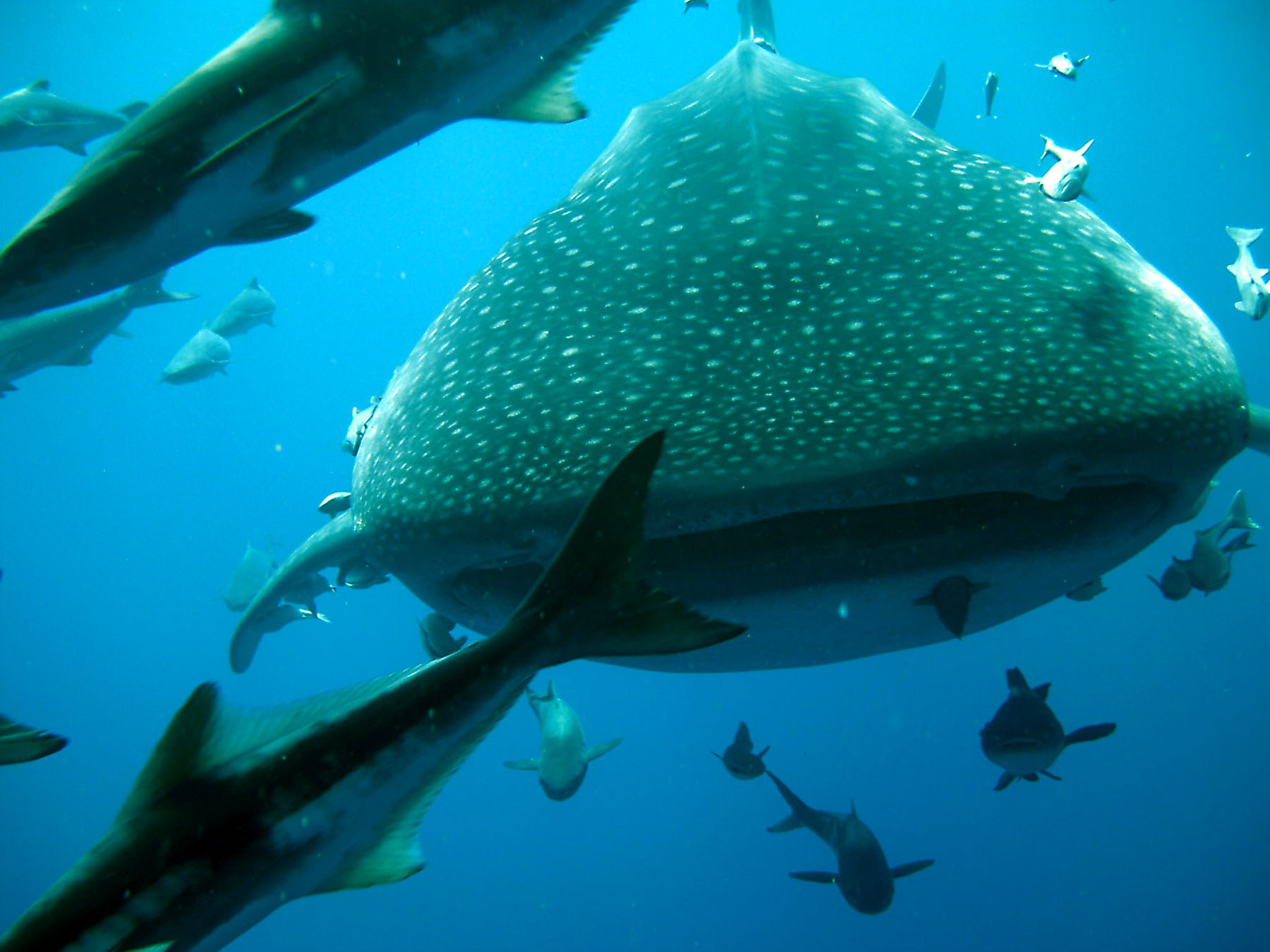 What can you do with a historically significant, obsolete, steel-hulled ship that is 473 feet long, weighs about 7,000 tons and has seen its last days of sailing the high seas? If it is the USTS Texas Clipper, you convert it into an artificial reef for the enhancement of marine life and increased diving and fishing opportunities. The 473-foot Texas Clipper was launched on September 12, 1944 as the USS Queens (APA-103), a WWII transport and attack ship. She carried troops and wounded from battlefields in the Pacific and was the first attack troop transport arriving at Iwo Jima. After the war until 1958, she was commissioned as the SS Excambion, one of the post-war four aces for the American Export Lines. She carried cargo and passengers between New York City and Mediterranean ports. From 1965 to 1994, she sailed as the USTS Texas Clipper, a Texas A&M University Galveston maritime training vessel until her retirement in 1993.

As an end to this long career, later this fall the Texas Clipper will be reefed approximately 17 nautical miles off South Padre Island in the Gulf of Mexico. It will become the latest addition to Texas Artificial Reef Program (TARP), one of the strongest artificial reef programs in the nation.

Actually, resource managers have been involved in artificial reef development off the Texas coast for over 50 years. In the mid 1970's, the Texas Coastal and Marine Council reefed 12 obsolete WWII Liberty Ships in the Gulf of Mexico, forming the foundation of the current program. In 1989, Texas Parks and Wildlife Department (TPWD) was designated by the Texas Legislature to develop artificial reef potential off Texas. To date, TARP has put more than 90 obsolete petroleum structures located at 58 reef sites and has received over $10 million in donations. Other materials used in the construction of reefs include: a T2 Tanker, a navy YR dive barge, several other barges and tugboats, and over 900 land based materials such as concrete culverts, concrete reef balls, and one-ton quarry blocks. Material is assessed on a case-by-case basis to determine its appropriateness as reef material.

Ships have been used as artificial reef material in marine environments worldwide for years, particularly in the Gulf of Mexico which has little natural hard substrate. The Texas Clipper will make an ideal artificial reef and provide benefits for local communities through revenue generated by the recreational and charter fishing and dive industry. Since ships have life spans as reefs that can exceed 50 years, economic benefits will continue for many years.

Artificial reefs in general enhance the fishing opportunities for hook and line anglers. Over 400,000 of licensed saltwater recreational anglers in Texas fish at artificial structures. Likewise, an estimated 250,000 divers reside in Texas, and 50% of diving activities occur in salt water. With this heavy demand for fishing and diving, the creation of the Texas Clipper reef and its proximity to shore and metropolitan areas will help meet these demands.

The ship will create 76,000 ft2 of hard surface habitat to enhance biological resources. It will provide substrate for habitat-limited sessile invertebrates such as barnacles, oysters, mussels, bryozoans, hydroids, sponges, and corals to attach to. Its high vertical profile of Texas Clipper will attract many fish species such as Atlantic spadefish, red snapper, barracuda, almaco jack, cobia, and various sharks. The ship may also be visited by endangered sea turtles such as the hawksbill and Kemp's Ridley and marine mammals. TARP will work in conjunction with the University of Texas at Brownsville and Texas Southmost College to conduct biological monitoring of the ship to determine the types and quantities of marine organisms that take up residence at the ship and its successful function as an artificial reef.

The Texas Clipper reef site was selected because of its adequate water depth in clear water close to shore. The reef site is located in federal waters of the Exclusive Economic Zone (EEZ) in the western portion of the Gulf of Mexico in Outer Continental Block South Padre Island 1122. The nearest municipality is Port Isabel, Texas - 23 nm from the reef site. The ship will be placed at a depth of 134 feet with a minimum navigational clearance of 50 feet. The 2,640-foot by 2,640-foot area site will be marked with a lighted 10-foot yellow spar buoy. Reef site coordinates are:

Hull modifications have been made to insure the Texas Clipper will meet the depth clearance and to retain as much of the ship's original external characteristics as possible. The ship will be sunk in an upright position using controlled flooding instead of explosives to minimize harm to fish species nearby. Diver-safe modifications were made to allow limited penetration of the ship by scuba divers while insuring diver safety.

The Texas Clipper was towed from the US Maritime Administration National Defense Reserve Fleet in Beaumont to ESCO Marine ship yard in Brownsville on 3 November 2006 where she has been undergoing final remediation and hull modifications at a cost of over $4 million. The ship has been cleaned of debris, loose items, and hazardous materials to comply with federal guidelines on reefing ships. Hazardous materials removed included fuels and oil, 1,680 cu yds of asbestos, over 237,000 pounds of polychlorinated biphenyls (PCBs), paints, mercury, and 1,400 cu yds of debris (e.g. floatable items). Any loose paint was removed to reduce debris on the surface during sinking. All machinery, nonferrous materials of salvageable quality, and pollutants were removed or cleaned and left in place. Large holes (96 inches wide x 60 inches tall) were made in the side of the ship to allow for water circulation and limited diver access. The upper decks were made diver-safe with doors/hatches sealed shut or welded open, and glass and sharp objects removed.

Currently, TPWD is currently working with the US Environmental Protection Agency on final approval for the sinking of the ship. A reefing date is projected for later this fall. The reefing of the Texas Clipper will provide the state of Texas with a premier artificial reef dive and fishing attraction that will enhance recreational opportunities in the Gulf of Mexico while enhancing marine life.