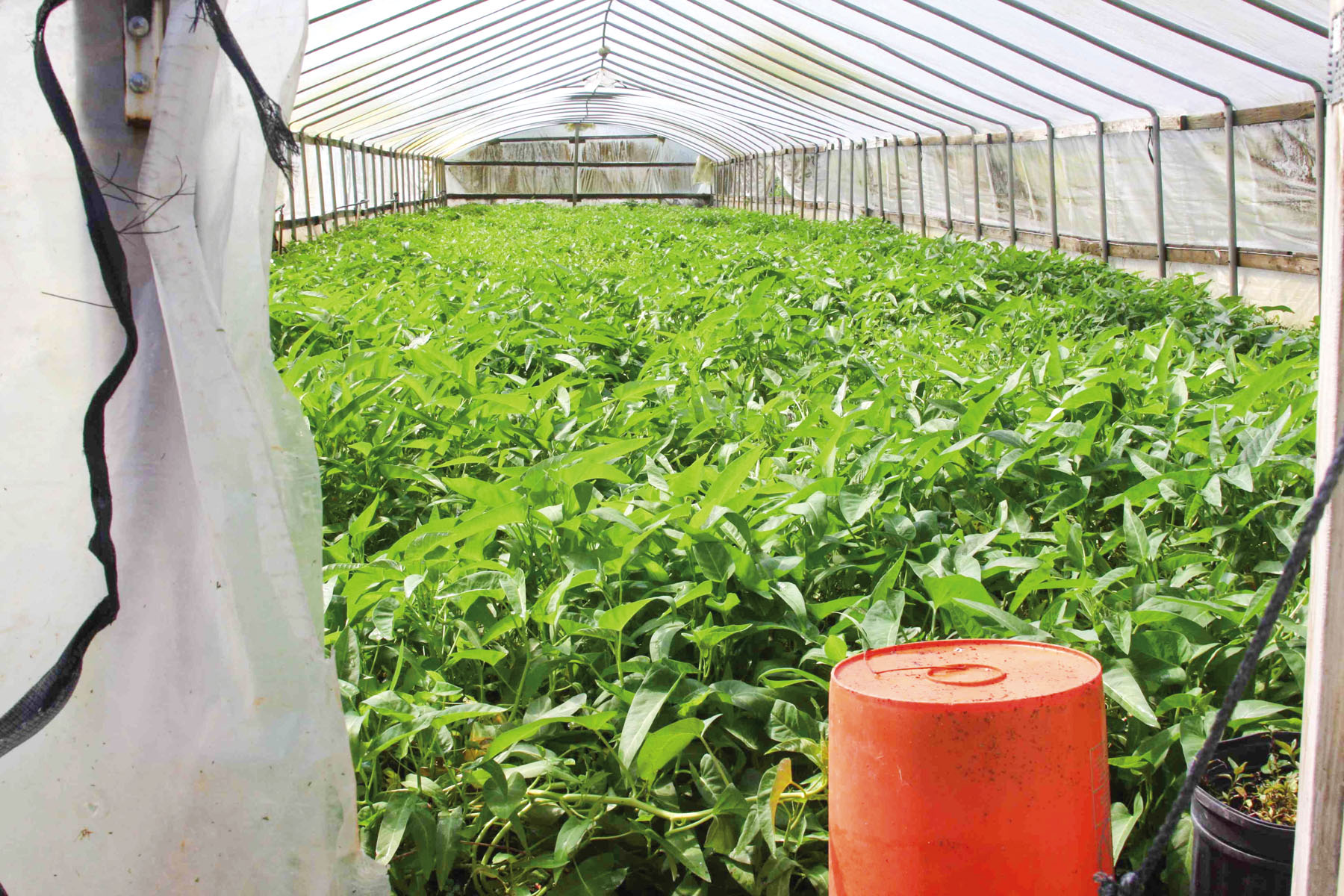 Figure 2. Water spinach is grown in covered green houses with non-vegetated ten foot barriers.
Water Spinach (Ipomoea aquatic) is a popular green vegetable enjoyed by the Texas Asian American community. The plant is native to south and central China and is considered an exotic species to the Texas environment. Water spinach has many common names such as akankong, aquatic morning glory, ong choi, Chinese water spinach, water convolvulus, and swamp morning glory. This plant is an herbaceous trailing vine with milky sap and 1-6 inch arrowhead shaped leaves. When the plant flowers the petals are usually a white or a pinkish lilac color. Almost all parts of the water spinach plant are edible, but shoot tips and leaves of young plants are said to be the most preferred. Currently, the majority of water spinach cultivation occurs in a small rural community near Rosharon Texas. As the popularity of this food/vegetable grows, state regulators are expecting there to be more interest in farming this plant.

Water spinach is considered by Texas Parks and Wildlife Department (TPWD) to be an aquatic nuisance species and is therefore highly regulated. The plant has been on the "Harmful or Potentially Harmful Exotic Fish, Shellfish and Aquatic Plants" list since 1990. Texas law (Parks and Wildlife Code 66.007) states that "no person may import, possess, sell, or place into waters of the state exotic harmful or potentially harmful fish, shellfish, or aquatic plants except as authorized by rule or permit issued by the department."

In 2003, TPWD Game Wardens and Biologists teamed up with U.S. Department of Agriculture staff to confiscate illegally grown water spinach and focused initial efforts in the Houston area. At that time, no citations were issued to the growers, but warnings were given and the legal status of water spinach and the legal requirements to commercially growing it were reviewed. As a result of these efforts TPWD personnel made recommendations to the TPWD Commission to: 1) leave water spinach on the list of aquatic plants without modification; 2) allow use of the species with some kind of permit and/or stipulations; or 3) removing water spinach from the list of harmful or potentially harmful species. At this time, water spinach can only be cultivated by permitted farmers in enclosed, secured green houses that maintain a non-vegetated ten foot barrier around the perimeter of the green houses (Figure 2).

Since water spinach has been grown and sold for at least two decades prior to the 2003 law enforcement action with no record of escapement or impact to native Texas habitats, many growers, sellers and consumers have questioned the need to regulate the plant. In 2005, TPWD initiated surveys to confirm the presence or absence of water spinach outside of controlled green house environments and determined that the plant had not been reported to occur outside of permitted areas. At that time, TPWD had established that the possession of water spinach was to be limited to personal consumption. Additional "risk analysis" studies examining the cultivation practices and the sale of the water spinach in Texas have been ongoing. In 2009, TPWD concluded that water spinach was a low-risk species that could be cultivated and sold but the plant should still be regulated. There are concerns about water spinach becoming established in Texas waterways. The state of Florida has had to deal with water spinach escapement issues that have negatively impacted waterways and wetlands.

The cost of the water spinach grower's state permit is $263 per year, and is valid from date of issuance to December 31st of that year. Annual facility inspections are required and regulatory standards are: 1) maintain plants in a covered green house; 2) maintain a non-vegetated ten foot barrier around the facility year round; 3) plants cannot have flowers growing at any time; 4) maintain sales and delivery records. Once a facility passes inspection, they can then sell their water spinach crops to another permitted facility or to a retail vendor. Retail vendors typically sell water spinach at a price of $2/lb.
Currently, there are 64 permitted water spinach growers in Texas with the majority in the Rosharon area. According to state regulations, water spinach can only be farmed inside green houses. Average sized green houses are about 30 feet wide by 75 feet in length. The water spinach is generally harvested in small sections of the green house on a rotational basis during the year.

To date, there have been no incidents or reports of water spinach having been detected in the native habitats of Texas. Water spinach can easily be propagated from seeds and plant fragments, and concerns about this plant becoming a threat to waterways and ecosystems are real. Through resource conservation efforts, regulatory enforcement, and careful cultivation practices we are committed to wisely managing the use of water spinach in Texas.