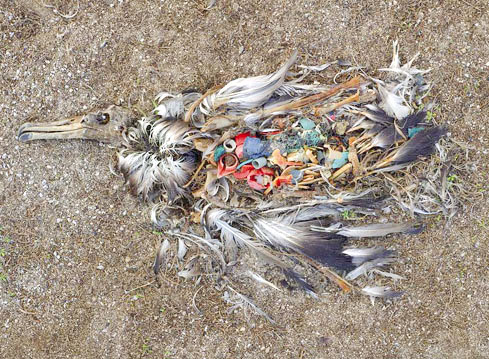 Take a moment and imagine that you are on a fishing trip with your family. As you are scouting the waters for a place to start your days fishing you come across a juvenile green sea turtle (Chelonia mydas) swimming along in the shallows. As you reach for your camera, you notice a second object drifting in the water in close proximity to the turtle. You recognize the object as a plastic shopping bag, but the sea turtle visualizes the bag as a jelly fish (one of his favorite meals) and gives chase. Since you are too far away to intervene before the sea turtle reaches the bag, you have the unfortunate displeasure to witness the sea turtle's attempts at consuming this plastic bag. This highly preventable scenario happens more frequently than is thought and affects marine life and their habitat throughout Texas's marine ecosystems.

This summer I had the privilege to work as the Texas Parks and Wildlife Department's Lower Laguna Madre - Coastal Conservation Association intern in Brownsville, Texas. The experience I had there was like no other I have experienced before. The position put me out of my comfort zone and challenged me to perform at a higher level than ever before. The Brownsville Field Station's staff mentored and trained me through on-the-job training and various work assignments. Throughout the summer the one thing that I could count on was that no two days were ever going to be alike.

By the end of the summer, I was confident with the field sampling techniques and using various sampling equipment. Most of my days were either spent out on a boat collecting fisheries independent data or stationed at one of the local boat ramps collecting fisheries dependent data. However, no matter what kind of work I was performing, I noticed an unsettling trend... there was marine debris everywhere.

According to the United States Environmental Protection Agency, marine debris is a problem along shorelines, in coastal waters, estuaries, and oceans throughout the world. The National Oceanic and Atmospheric Administration defines marine debris as any man-made object discarded, disposed of, or abandoned that enters the coastal or marine environment. There are various types of marine debris such as plastics, glass, metal, Styrofoam, rubber or derelict fishing gear and vessels. The most common types of marine debris include plastic bags, bottles, cans, cigarette filters, bottle caps and lids. Sources of land-based debris include littering, dumping, poor waste management practices, storm water discharges and extreme natural events. Materials can also be dumped, swept, or blown off vessels and stationary platforms at sea.

Marine debris is a serious threat to marine life through entanglement, ingestion, and habitat degradation. Marine debris known to cause entanglement includes abandoned fishing gear such as nets, monofilament fishing line, and also six-pack plastic rings. Debris of this type may cause death due to drowning, suffocation or strangulation.

Sea turtles and sea birds are more susceptible to harm from marine debris (especially plastics) than marine mammals and fish. Plastics are often mistaken for food by these species and are subsequently ingested. Ingestion often leads to death from starvation due to the loss of nutrition, internal injury and intestinal blockage.

Debris materials can also damage important marine habitat. The Lower Laguna Madre contains over half of the State's seagrass beds and there are reported instances in other systems where plastic bags have limited the ability of seagrass to photosynthesize which results in the loss of sea grass habitat. Marine debris can also suffocate sessile animals like tunicates and oysters.

Marine debris is a global issue and will continue to pollute our waters and threaten marine life unless immediate action is taken. There are several government initiatives that are aimed at protecting our marine resources from debris. Such initiatives include the Marine Plastic Pollution Research and Control Act, Marine Debris Research, Prevention and Reduction Act, Marine Protection, Research, and Sanctuaries Act, Beach Act, and the Clean Water Act.

To be effective in cleaning up our valuable marine waters the general public also needs to be involved. This means you! You can make a difference that will prevent marine debris from entering marine environments. Avoid using single-use and disposable plastics bags and bottles, plates, dinnerware and razors. Use recyclable or reusable products and dispose of trash properly. Most importantly, remind or educate a friend or family member to do their part in preventing debris from entering marine environments, like our beautiful Lower Laguna Madre.