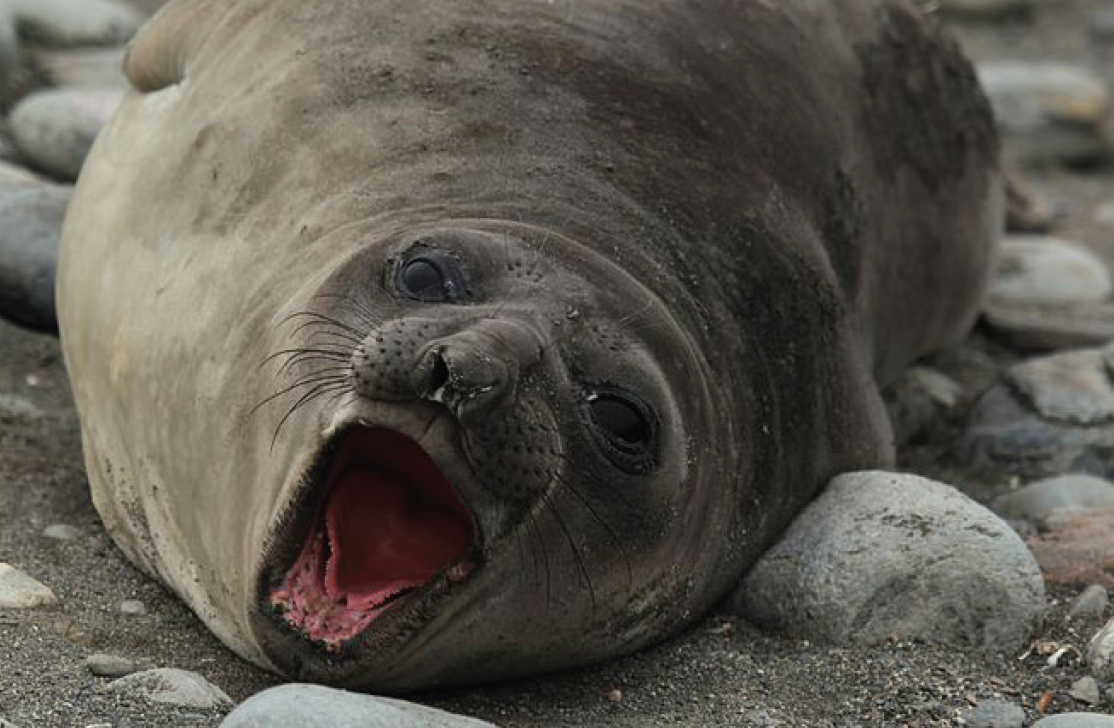 Despite diving in icy waters, southern elephant seals still get lice. Credit: Liam Quinn, Wikimedia, CC BY-SA 2.0
You might think spending ten months of the year in icy waters, diving for hours deep under the surface, would be enough to discourage lice from hitchhiking and feeding on you. But you would be wrong. Southern elephant seals must deal with the same bloodsucking insects that pester so many other mammals, including humans.

The lice that burrow into the top skin layer of an elephant seal’s hind flippers are known to scientists as Lepidophthirus macrorhini. The Argentinian marine biologists studying the lice believe they may be the only insects in the world who can survive the extreme cold and pressure found more than a mile below the surface of the waters off Antarctica. After all, elephant seals will spend nearly two hours at a time foraging for food as deep as 6,500 feet below the surface.

The scientists decided to test the lice’s tolerance to such extreme conditions. First, they removed lice from 15 elephant seal pups born on the Argentinian coast. Soon after seal pups are born, the lice crawl from the mothers to the pups, so the lice can reproduce while the pups remain on land. Lice eggs won’t hatch underwater. Then the biologists put each louse in a small container and applied pressure equivalent to what they experience at depths of 980 to 6,500 feet for 10 minutes. Out of 75 lice, all but six survived, even when the pressure changed as quickly as it would during a seal’s dive and return to the surface.

The big question now is, how the lice do it. The biologists are planning another set of experiments to see what adaptations the lice have to survive such intense conditions. These experiments may help scientists understand how even elephant seals get lice, despite living in icy Antarctic waters.