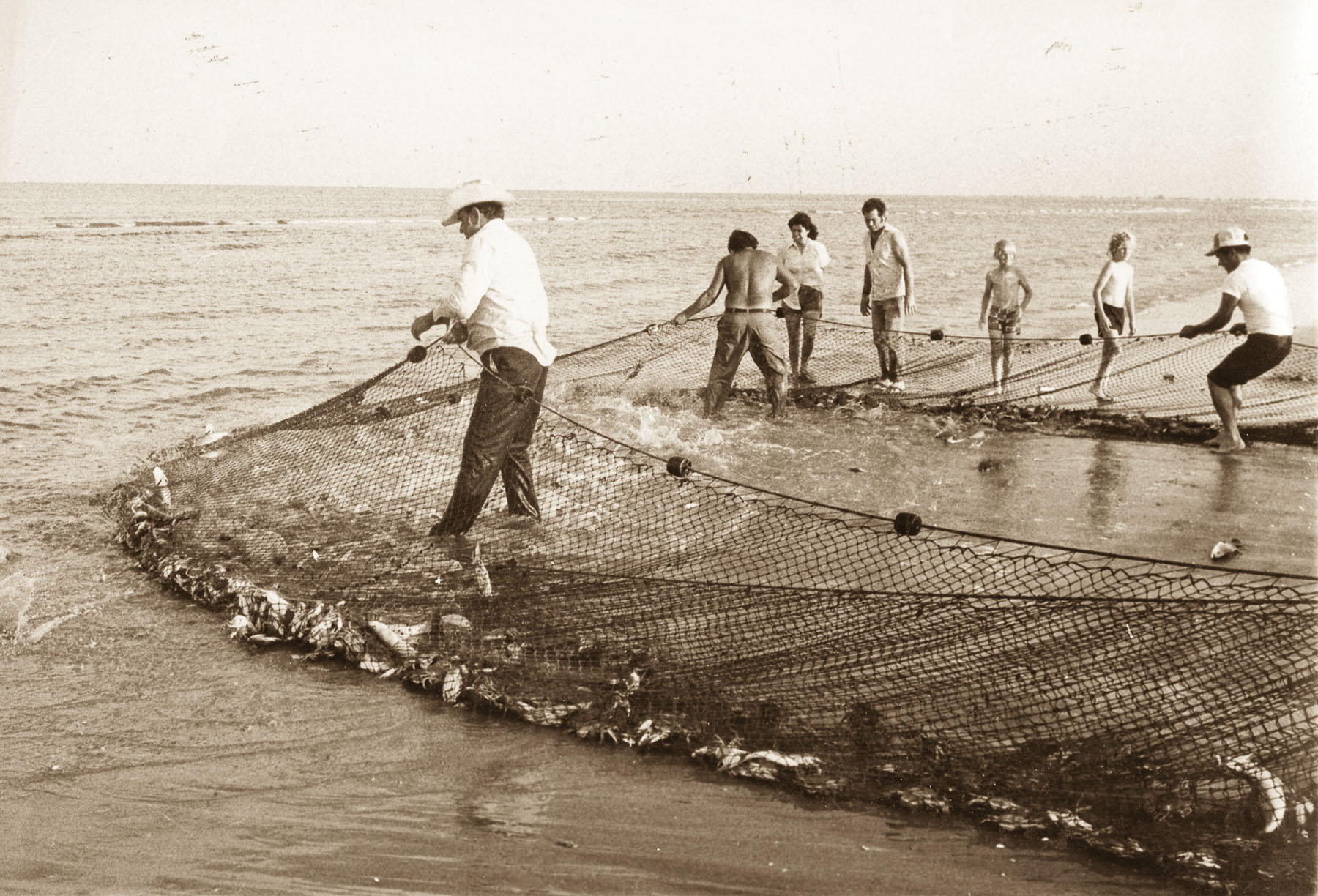 The period between the late '70s and the early '90s was the most significant in the history of saltwater fishing in Texas. Dramatic changes occurred in tackle and technique, and philosophies were forever altered. Anglers united, laws were passed, fish were stocked, even mutinous Old Man Winter got involved - not once but twice.

Truly, that span of approximately 15 years saw remarkable events. Here's a condensed look at the occurrences that influenced our sport of plugging for speckled trout and redfish, and pointed the way to a confident future for the conservation of inshore marine resources.

Most of that pointing was done with graphite rods. The introduction and refinement of that space-aged material during the mid-'70s ended the era of fiberglass rods. With the first sweeps of crisp, fast graphite, the old hollow-glass sticks were outdated, rendered slow and heavy and awkward.

Early graphite blanks needed work - many were too brittle, unreliable against the demands of serious saltwater fishing - but even amid the echoes of snapping tips and splitting ferrules the potential was obvious.
Fenwick Woodstream was first with the HMG (High Modulus Graphite) construction. Fenwick dominated - the choice among most A-Team pluggers. Many of the long two-handed rods marketed for Texas inshore fishing evolved from the steelhead rods popular on the big rivers of the Northwest.

Within a few years, Texas companies began offering quality graphite rods intended for specialized inshore applications. All Star Graphite Rods of Houston surely was a standout, but others quickly followed.
Remarkably, prior to the late '70s, the serious use of surface plugs was virtually unknown in the deeper bay systems north of the Laguna Madre complex. Effective early choices "down south" were slush-type plugs with propellers but the zig-zag approach of the "dogwalkers" (inspired by the old Heddon Zara Spook bass plug) soon dominated the tides.

One of the first dogwalkers to skate its way north to the Galveston Bay complex was the Rebel Jumpin' Minnow. The late Bob Brister, outdoor editor of the Houston Chronicle, helped popularize the plug for trout and reds.
The topwater market became a coastal rage, especially for big trout.

Another big-time plug of the time (again drifting north from the Port Isabel/Port Mansfield area) was the Cordell Jointed Redfin - the original floating/diving "broken back." First available in basic chrome/black or chrome/gold, the elongated, articulating plugs were very effective over potholes on the deeper grass flats. The floating lure could linger, flutter and dip into the defined pocket of open sand.

The downside of the broken back was that the long, flapping payload was not the easiest to cast, and really big trout had a soul-deadening tendency to get leverage and twist free. But you got bit - a lot. Many old salts still swear by them.

An innovative lure concept was the original Mansfield Mauler, conceived during the early '80s by Mansfield guide Bob Fuston (Red Bandana Guide Service). The awkward and unlikely rig featured a trim cork with sliding rattle beads affixed to a length of short, stiff wire. The mono leader and trailing leadhead jig were knotted to the terminal swivel on the wire.

The dangling assemblage looked ridiculous but proved excellent on trout and reds. The huge advantage of the mauler rig is that it suspends the jig above the grass, and the slower retrieve tempo allows even absent-minded rookies to fish without repeatedly snagging.

This method became virtually standard-issue among guides and civilians drifting the primary bays along the lower and middle coast.

Regardless of rigging, the Ambassadeur 5500 casting reel (faster silver version of the original red 5000) pretty much ruled during the late '70s. Abu Garcia advanced the game with the narrow-framed 4500 and the addition of a plastic thumb bar (opposed to the metal push lever on the right sideplate) for quicker, easier free-spool activation.
The smaller, tighter 4500 allowed the use of 12- to 14-pound mono and 1/4-ounce payloads. The lighter touch was an advantage in clear water - and addressed the growing emphasis on shallow-water fishing. Sight casting for tailing or cruising fish gained popularity, and the first serious pokes with 8- and 9-weight fly rods occurred along the middle and lower coast.

Access to the "skinny" water was improved with an increased market for scooter-type hulls with wide flat decks. The Shallow Sport series from Port Isabel was an early standout.

The popularity of airboats waned as more scooters and flats-type skiffs with jack plates, jet drives and similar modifications made running in mere inches of tide a "doable" game plan - well, until maybe you center-punched an oyster reef.

The tides of coastal fishing continued to turn with the rising sun. Japan, led by Shimano, took a good reel concept and made it better. The first low-profile Shimano Pro Bantam reels served notice that a new force had arrived.

The impact of the sleek, light Shimano models staggered the round, heavy Ambassadeur, so much so that within a few years the Swedish company lost its Number One grip on the Texas coast. Other quality casting reels were offered by Daiwa, Quantum, Lew Childre and Ryobi, but few veteran pluggers will argue that Shimano led the charge. American classics such as Shakespeare and Heddon introduced occasional decent products but, in the sum, failed to keep pace.

But, while tackle and techniques were evolving, overall inshore fishing was declining. Unregulated commercial fishing and no-limit sport fishing continued to tax the Texas coast. By the late '70s, change not only was needed - it was necessary.

The attitude of reckless abuse changed in a huge way with the founding of the Gulf Coast Conservation Association during the winter of 1977. A small gathering of anglers met at Rudy Grigar's Pro Tackle Shop in Houston and the concept was born.

Approximately fifty signatures were obtained. I was there. I signed the ledger and wrote the first article on the fledgling organization (Feb. 15, 1977, Houston Chronicle). I'm proud of my early commitment but I was a bit player.
The list of influential sportsmen who launched GCCA and carried the fight to "Save the Redfish" is too long to detail here, but special credit must be given to the late Walter W. Fondren III of Houston. And worthy of wholesale recognition were the early Houston GCCA banquets, major affairs in grand ballrooms (The Emerald Room of the old Shamrock Hotel being a standout) highlighted by unselfish bidding to raise hundreds of thousands of dollars to support the cause. It's unlikely that such freewheeling events ever will be seen again in any angling community.

The late Bob Kemp, director of fisheries for the Texas Parks and Wildlife Department during the late '70s and early '80s, deserves a statue somewhere. If not a plaque at every public launch ramp along the coast. I'm totally serious. If you value your great inshore fishing, then pay attention:

Kemp faced the powerful commercial fishing lobbies in Austin and pulled no punches in documenting the alarming decline of speckled trout and redfish. He caught a lot of heat but pointed straight to the over-harvest by commercial nets and trotlines as the primary cause for the collapse.

Kemp's stance and GCCA's support were validated during the winter of '78 when, following a hard freeze, commercial shrimp trawlers netted more than 220,000 pounds of stunned speckled trout from the Houston Ship Channel. That one flagrant act of short-sighted greed, more than anything, swayed legislators to act responsibly on behalf of finfish conservation.

The Gulf of Mexico was not a source of endless bounty.
GCCA backed the first sport limits on trout and reds. The benchmark law, enacted in '79, held rod-and-reel anglers to 20 trout and 10 reds per day - quite a pile of fillets, no doubt, but a definite statement against the no-limit days, and the precedent by which to establish tighter regulations. It also proved that sport anglers were willing to back off even as commercial netter continued to pillage. That was big.

The battle to conserve and protect the inshore fisheries sawed back and forth but GCCA prevailed with House Bill 1000, the monumental "Redfish Bill." That one piece of legislation, signed into law by Gov. Bill Clements in '81, established red drum and speckled trout as "gamefish," effectively protecting them from commercial harvest and sale in Texas. Some major celebrations were held among the plugging community.

The protection of trout and reds came none too soon. The winter of '82/'83 unleashed a brutal freeze, the worst in years, ice everywhere. A major fish kill occurred along the entire Texas coast. Had the catch numbers not been previously curtailed, the loss among the plundered resource could have been catastrophic.

As it was, overall inshore fishing suffered for several years.

The redfish fry were held in rearing ponds for release as fingerlings with greater potential for survival, and the first batch of 2.3 million was released near Port O'Connor in '83. Subsequently, millions of redfish fingerlings were introduced in all the primary bay systems.

Fittingly, the first GCCA conservation stamp/print in '83 was rendered by the late Jack Cowan, dean of the "sporting art" watercolor school. The painting of a lone shin-deep Texas plugger correctly side-arming a level-wind cast (to minimize splash) with a Johnson Silver Minnow spoon to a pod of redfish is perhaps the most iconic image in all of coastal fishing conservation.
Did all this make a difference? Did saltwater fishing outgain freshwater fishing by 80 percent at the big Houston Fishing Show during the late '80s?

The program - the whole concept - was the gift of Texas pluggers to inshore sport fishing around the country. You're damned right it worked. Our redfish and trout populations surged during the late '80s.

Other states with troubled fisheries stood in awe. The brash Texans had backed the bold talk with realistic limits, commercial bans, and recurring streams of hatchery redfish.

GCCA expanded to the Coastal Conservation Association, establishing chapters in other states, but I'm concerned here with Texas.

By '88, the daily sport limit was tightened to 10 trout and three reds. Some professional guides complained bitterly over the restricted bag (as they did with the introduction of the 20/10 daily limit), but clients kept coming in increasing numbers. Hey, take a look, the fishing's great and the tighter bag made a "successful" day easier - and you still have plenty of fresh fillets. Not to mention the option of catch-and-release.

Again, the cutbacks were fortuitously timed. Old Man Winter clobbered the coast for the second time within the decade. The freeze of '89 was not as devastating as '83 but the fish kill staggered portions of the coast for a year or two. And, no question, the tighter limits and hatchery supplements helped usher the quick rebound into the golden decade of the '90s.

PART THREE: The modern era, with increased support for catch-and-release, protection of larger trout, and growing emphasis on shallow-water plug and fly techniques.