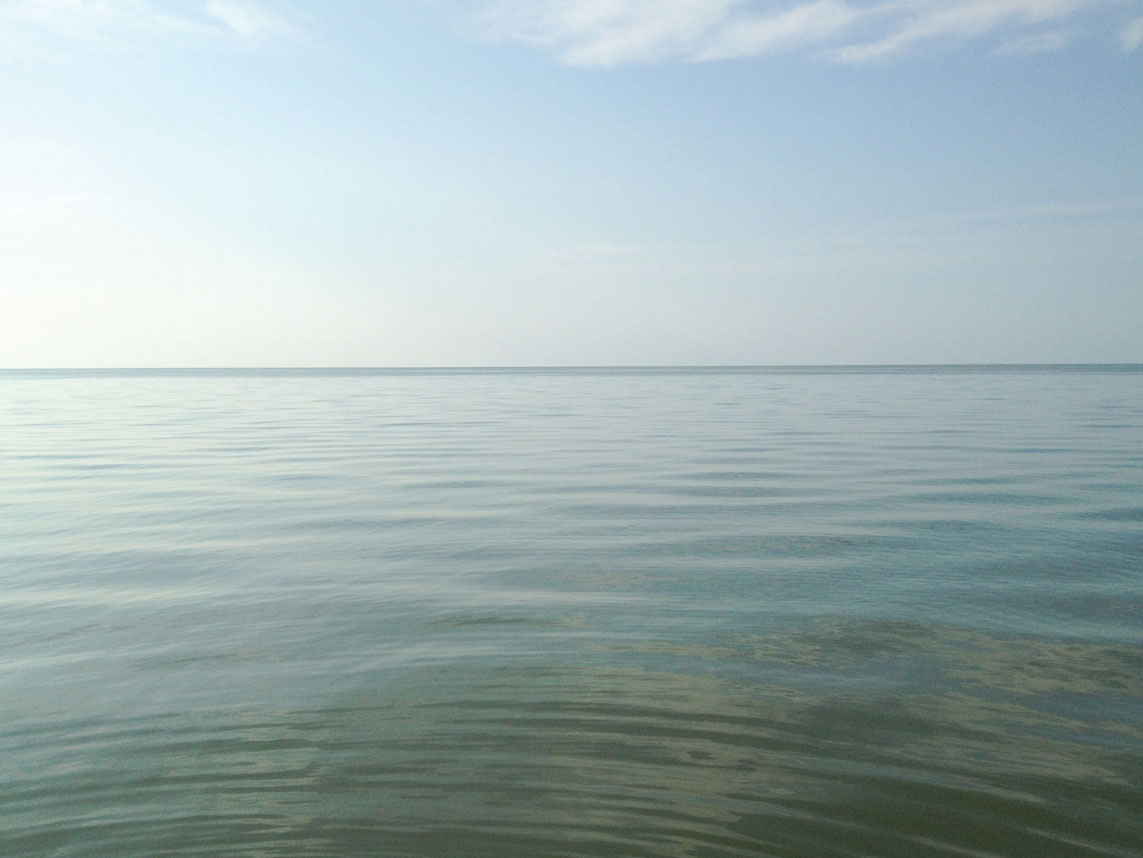 So the weather straightens up, I'm able to take a day to do some wade fishing during the week this past February, but the tides are almost nonexistent and the amount of water at the ramp where I wanted to unload would barely float a blow-up doll. That's no problem though, tides go out but they always come back in – or so I thought.

The low tides make me change plans and drive 40 miles out of my way, but I do find enough water to unload the boat and I was extremely happy that I had a FWD pickup.

You've been there; a steep ramp, drop the trailer tires off the end of the concrete, rear tires in mud, etc. Getting out of the harbor was exciting as I had to jump straight up on plane while blowing mud and water out the rear of the pocket tunnel and that irritated some guy who was doing some bottom fishing off the end of the pier.

I shrugged my shoulders as to offer an excuse and he laughed and waved back – with all the fingers on one hand, I might add. My two companions hadn't said a word while they hid their faces under their caps.

Finding my way out of the channel and into the bay wasn't a problem at all as most of the spoils were visible above the water. I think the best analogy for that would be that it was like running a boat down a water slide; you know those with sides that resemble a chute? Then when the "sides" vanished I just sort of punched it, raised the motor as high as it would go and hoped nothing had changed since the last time I'd run through there. Someone made a comment about there not being any other boats on the water and how they were sure missing out on a pretty day.

Always follow your instincts as to where the fish should be; remember that.

After running to four spots we finally found one that had some bait and although none of it appeared to be nervous or in fear of being eaten, it was the first sign of life in the water that we had seen that morning. There was however one small problem with that particular spot; the bottom had the consistency of a chocolate milkshake with too much milk in it. I'm telling you, everyone I know would have passed on this spot and that's really bad.

But, being the diehard I am, I encouraged my friends to go ahead and give it a try as since this was not the place I had originally planned to fish, I had some re-rigging to do. I told them I'd catch up. They both slipped out of the boat and then sort of just thrashed around right at the gunnel for a moment. They turned while death-gripping the side of the boat to hand me their rods while they tried their best to keep from vanishing into the sludge.

They were not amused.

After helping them both back into the boat and in the process breaking the suspenders on one friend's waders as I tried to rescue him from the bowels of the evil sucking muck, we needed to regroup.

Just to show how deep the mud was my friend with the broken suspenders pushed his rod down into it until the water was almost at the reel. I informed him that his waders were drooping and that it wasn't a good idea to treat a nice rod that way. He in turn informed me that it wasn't his rod (that now resembled the stick from a just-eaten Fudgsicle), it was mine.

I was not amused.

After washing as much mud as we could out of the boat, cleaning my rod and cutting a length of dock line to serve as a belt for my buddy's waders, we tried two more spots on the way in. Each stop yielded the same results. Not one blow up, not one nibble or tap, and not one hint that there were any fish in the entire bay system. Heck, we even tried the bay wells in West Matagorda and found nothing. Looking at the barnacles reaching three feet above the waterline on the platform pilings didn't exactly promote my fishing confidence either.

Convinced that fresh fillets for supper were not in our immediate future we congratulated ourselves on having had a really nice but muddy adventure and headed back to the ramp.

When we found the channel to the boat ramp almost completely void of water that been present when we launched, we had to figure another way to get the boat loaded. There was a pier about a half-mile from the ramp that extended out into deep water but with the tide so low we almost didn't make it to the T-head. I knew of a deep-water ramp in a harbor not far away that would allow us to load up – but someone was going to have to walk back to the truck and drive the rig over there. I reminded my two friends that it was my boat so I should run it to the harbor. They both reminded me that it was my truck too, so shouldn't I be the one to drive it to the ramp?

It was all in jest though and my friend with the sagging waders took my keys and climbed up to the pier. I did mention that the tide was low, right?

It was more of a climb than he thought it was going to be and in the process he ripped his nice breathable waders on some exposed barnacles. I told him he should have taken them off while immediately placing both of my rods out of his reach as he made some nasty comments about doubting the ancestry of my family dog.

Laughing about it all on the drive back home, we decided that since we were all off the following weekend, we should try it again if there might be a decent tide.

There is a reason that on those pretty days, when the water is calm and green, when the sun shines bright, the wind is light, the sky is clear and when the tide is nonexistent – there are no other boats on the water.

The people who aren't out there fishing followed their instincts too.